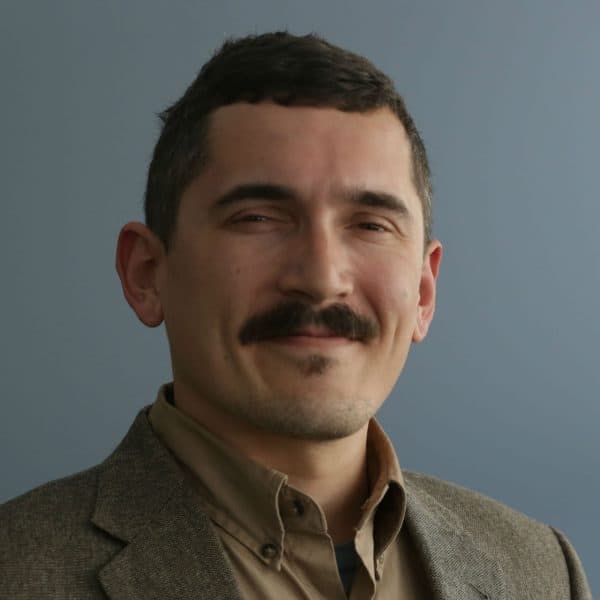 Born in Boston’s Jamaica Plain neighborhood, Simón Ríos is an award-winning bilingual reporter in WBUR's newsroom. The son of an Uruguayan father and an American mother, he is a proud father and currently lives in Milton.

Simón joined the station after two years at The Standard-Times in New Bedford, where he cut his teeth covering immigration and business as well a stint reporting on the nation’s top fishing port.

He graduated from Emerson College in 2005 with a bachelor's degree in writing, literature and journalism. After college, Simón spent 17 months traveling through Latin America, documenting his stories as he hitchhiked through Mexico, Cuba, Brazil and 14 other countries.

At WBUR he covers the ways Greater Boston is changing, with an eye on demographics, immigration and inequality. He traveled to Puerto Rico several times since Hurricane Maria, bring back stories about the bridges between the island and the more than 300,000 Boricuas who call Massachusetts home.

Simón’s work experience includes jobs as a musician, a carpenter’s helper and a cab driver. He is a native Spanish speaker and is conversational in Brazilian Portuguese.