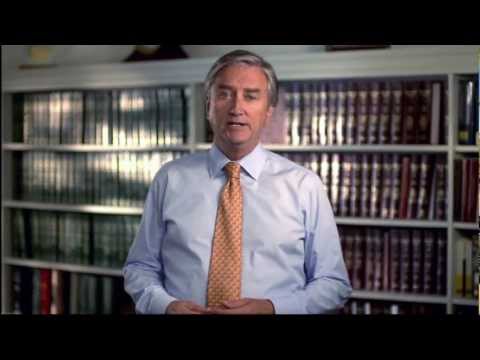 U.S. Rep. John Tierney has followed a reelection strategy that created a contest he could not win. Unless he changes the dynamic of the race in a little more than a week, he will become the first Democrat to lose a House seat in Massachusetts since 1994. (Full disclosure: I was media consultant to Tierney in 1996, when he first won the seat in Congress; I have not worked for him since.)

For this campaign, Tierney hired a D.C. consulting team of Global Strategy Group (polling) and Adelstein Liston (TV spots), deciding not to retain his longtime friend and PR consultant, Michael Goldman of Marblehead.

In a major strategic blunder, Tierney and his D.C. consultants allowed the choice before voters to become whether Tierney knew about his brother-in-law’s illegal gambling enterprises and, further, if Tierney knew or should have known that his wife was receiving and spending ill-gotten funds from her racketeering brother.

Voters were asked to vouch for Tierney’s integrity at a time of deep suspicion and hostility toward all members of Congress. A WBUR poll in September showed only 19 percent of voters in Tierney’s district would describe him as having integrity.

Tierney said he did not know that Robert Eremian, a brother of Tierney’s wife, was a fugitive from justice, running an illegal offshore gambling enterprise in the Caribbean. Another brother, Daniel Eremian, was on his way to the joint for illegal gambling activities when he announced that Tierney “knew everything” about what the brothers were up to.

The Boston Globe, in a devastatingly thorough Spotlight-style investigation, including a visit to the Antigua home of fugitive Eremian, found that he had deposited at least $7 million into a bank account that his sister (Tierney’s wife) managed. She used the money to support her brother’s children living in the U.S. She pleaded guilty to federal charges of aiding and abetting her brother in filing false tax returns; she had told Eremian’s tax preparer that the funds were commissions from his work as a computer consultant.

The Globe story ran on July 22, 2012, plenty of time for the Tierney strategists to take account of what it meant; namely, that Tierney could no longer expect the electorate to give him the benefit of doubt on whether he knew about his in-law’s illegal gambling rackets. Tierney maintained that he knew nothing about the funds paid to his wife, although the Globe said that in law enforcement circles Eremian was a well-known con man whom the feds had been watching since 2006.

Tierney told the Globe that he had visited Eremian in his home in Antigua — where the gambling business was run — but he did not know how his brother-in-law made a living and assumed it was legitimate.

The Globe's extensive review ran well before Tierney began to run TV spots for his reelection. It was early enough to determine if voters believed him. What the campaign did next was to launch an all-out attack on his Republican opponent, former state Sen. Richard Tisei, believing the devil you know may be more tolerable than the one you don’t.

Known to the State House press as a moderate, Tisei is openly gay, supports abortion rights, and refused to sign the Grover Norquist no-tax pledge. Yet Tierney’s handlers have tried to paint him as a Tea Party radical who supports the “extreme” budget of U.S. Rep. Paul Ryan. Tierney’s commercials were themselves extremely dark — literally. They appeared to have been dipped in mold from a bad tomato. They completely undercut the Tierney message.

To be fair, the TV spots on both sides were ugly, but that’s an unwelcome equivalence for an incumbent. Tierney has accomplishments and unfinished business in the district; but his TV spots failed to mention his opposition to the NRA on assault weapons, his support for Obamacare, and his backing from teachers and labor unions.

It’s safe to assume the Globe editorial board read the paper’s investigative piece and was unhappy that Tierney:

...resisted disclosing any of his returns despite a public pledge to do so, numerous requests by the Globe, and new questions about whether he and his wife should have reported to the IRS at least some portion of the $200,000 that federal prosecutors say his wife received from a brother’s illegal gambling business, from 2003 to 2010.

Tierney, using a legal loophole, said he did not disclose the money his wife had received in his financial disclosure filings with the U.S. House because it was a gift, not income. Common Cause and the Sunshine Foundation said the House Ethics Committee should look into the matter.

Such an inquiry will be unnecessary if the election in the 6th Congressional District results in Tierney leaving Congress after 16 years of service, very little of which was presented to voters in this, his toughest, campaign.

This program aired on October 26, 2012. The audio for this program is not available.