He was hired more than a year ago, but Saturday night conductor Andris Nelsons leads the first concert of his first official season as the Boston Symphony Orchestra’s music director. The 35-year-old’s arrival marks a new era for the BSO, and his age has been attracting a lot of attention. It made us wonder about his career path and how it led him to Boston.

Nelson’s mother was a choir conductor, so the podium was familiar to him since he was a kid. But his fascination with orchestras really began when his parents took him to see the opera "Tannhäuser."

"I looked at the conductor – of course with the eyes of a 5-year-old I didn’t understand what he was doing – but I thought it’s probably amazing and a very important responsibility because he raises his hands and people start to play," Nelsons said. "And I thought it’s some magic in a way."

As a symbolic gesture he'll be leading the BSO through the opera's overture Saturday night. Here's a video of Nelsons conducting "Tannhäuser" in the past: 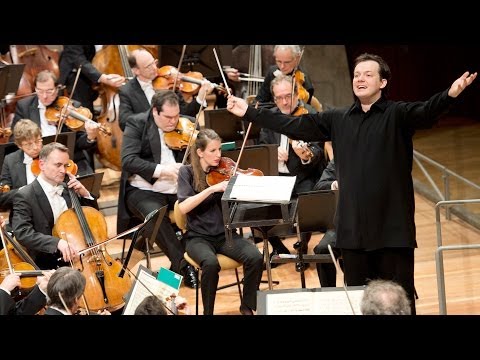 So how did Nelsons go from being a wonder-struck 5-year-old to being the 35-year-old music director of one of the world’s best orchestras?

Well, like most maestros he started with an instrument, studying the trumpet in the then-Soviet school system where music education was mandatory. As a teen Nelsons played in the Latvian National Opera Orchestra before picking up the baton.

"It’s not a thing you can learn in four walls isolated," he said, referring to his early days learning to conduct. "There is of course a big part of reading, of analyzing the score, developing your manual technique."

Nelsons listened intently to recordings by great maestros from older generations, but he learned about creating chemistry with the orchestra by watching seasoned conductors in action. One of them was Mariss Jansons, the Oslo Philharmonic’s director.

Nelsons remembers going to see Jansons conduct in Riga, Latvia. Halfway through the performance the orchestra manager found Nelsons in the audience and asked him to fill in for a sick trumpet player.

"I ran back home and picked up my trumpet and played with him and the Olso Philharmonic in the second half of the concert, the 'Symphonie Fantastiqu,' " he said.

Nelsons says he followed Jansons, who is also Latvian, to watch him in Berlin, Vienna and Munich.

Jansons, now 72 and living in St. Petersburg, remembers inviting Nelsons to observe any time, and eventually they developed a mentor/mentee relationship.

Jansons has been teaching conducting for 30 years and is leading his last season with the Royal Concertgebouw Orchestra in Amsterdam. His enthusiastic endorsement of Nelsons helped boost his profile.

And these type of endorsements matter a lot, says Mark Volpe, the BSO's managing director.

"The older, more established conductors — a Simon Rattle, a Daniel Barenboim, a Mariss Jansons — see this incredible talent, and they get excited, and then they start talking about it, and so a buzz starts," Volpe said. "Cause Berlin wants him, Vienna wants him, Amsterdam wants him, London wants him, Boston wants him. Now we’ve got him."

At 35, Nelsons becomes the BSO's youngest music director in a century and signals a new generation of conductors, says Norman Lebrecht, who created a classical music culture blog, Slipped Disc.

"I think there’s a very promising generation of young conductors coming through in their 20s and in their 30s and Andris is ahead of the pack," Lebrecht said.

Lebrecht also wrote “The Maestro Myth,” a 1991 social and political history of conducting. He says we’re experiencing a changing of the guard — and a shift toward youth — as the older generation of great conductors begins to pass on.

Nelsons and his peers, including 33-year-old Gustavo Dudamel of the Los Angeles Philharmonic, are more collaborative and less dictatorial than some of last century’s most notorious conductors, Lebrecht says. Take Arturo Toscanini, of the old guard, who unleashed tantrums and tirades during his rehearsals, for example. 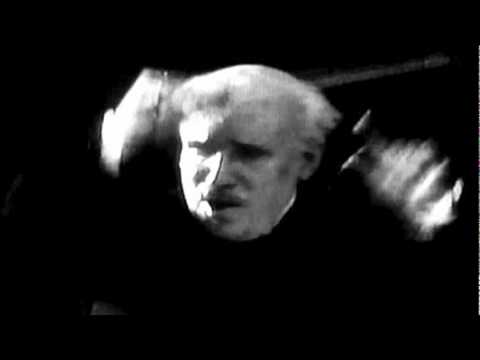 "When the nature of the times was to be totalitarian, conductors were totalitarian," said Lebrecht. "Now they tend to be more user friendly."

American conductor Hugh Wolff agrees. He’s led major orchestras around the world, including in Frankfurt and St. Paul, Minnesota, and he teaches conducting at the New England Conservatory.

"When you see Andris conduct a rehearsal, faces light up and he has a kind of infectious joy that sweeps people along, and that’s what conductors have to have. If you don’t have that, get a different occupation," said Wolff, laughing.

Wolff says Nelsons and the next generation of conductors give him hope for the future of classical music.

"I’m optimistic that they will take over and the art form will survive and in fact flourish," Wolff said. "How that will happen will be up to them."

But Nelsons says he's up for the task. After all he's been preparing for that responsibility since he was 5 years old.