"There's always one song on the record that, once I write it, I go, ‘OK, I can probably make an album.’ ”

James Vincent McMorrow is on the phone from France, en route to a gig in Spain. In a couple weeks, the Irish singer-songwriter will fly to the States to tour his new album, “We Move,” stopping at the Paradise in Boston on Friday, Nov. 11. On the phone he is voluble and serious, eager to explain the album — his third — that has made fans and critics swoon.

In the case of “We Move,” McMorrow says, the pivotal song turned out to be “Evil.” The track is cautiously hopeful even as it is broods, beginning with warm piano chords and lavish backing vocals and ending with a synthetic riff that loops forebodingly over dark drones. The most salient line, the one that McMorrow repeats, achingly, in every refrain, is “If I’m evil…” The query hangs uncomfortably in the air, wavering somewhere between a question and an indictment.

McMorrow says he waffled over whether to change the lyrics in the song. “I played ‘Evil’ for a friend of mine and he was like, ‘Yeah, that's dope, but I'm not sure people will accept the lyrics because I don't think people like to ask themselves questions like that,” he says. “And I struggled with it for a while. I did go over it a lot, and think, ‘I need to change that lyric eventually.’ But I just didn't want to." 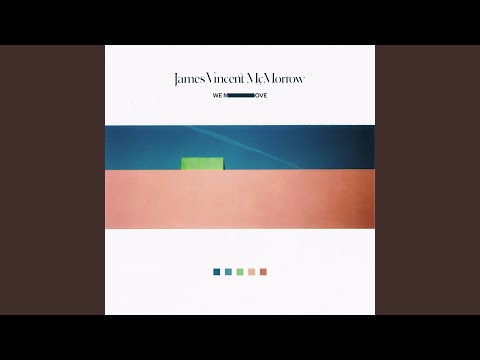 A track like “Evil,” McMorrow says, represents a return to his old writing habits, the ones that produced his 2010 debut “Early In The Morning.” The songs on that album, in which he emerged as something akin to a more subtle Mumford & Sons, were accumulated slowly. Likewise, McMorrow spent a year writing “We Move” before he “even started thinking about the production aspect of things.” By contrast, his 2014 album, “Post Tropical,” was not so much a collection of songs as “a collection of sounds."

"In interviews around that album I was saying things like, ‘The drums mattered to me in the studio as much as the lyrics did,’ ” McMorrow says. “[But when] I was focused more on the melody and more on the song, and the production was more minimalist, and I'd spent less time laboring over it — they were the songs that were more impactful to me as a performer. And they were the songs that were more immediate and impactful to the audience.”

So it was with a mind toward simplicity and directness that he set out to make “We Move.” He had always admired producers like Timbaland and The Neptunes, who helped define the expansive texture of R&B and hip-hop in the late 1990s and early 2000s. Now, thanks to the success of “Post Tropical,” McMorrow finally had the connections to work with producers like Anthony Paul Jefferies, a.k.a. Nineteen85, who is perhaps best known as the mind behind Drake’s cheesy-yet-hip 2015 hit “Hotline Bling.”

On his own, McMorrow tended to get bogged down during the production process, overwhelmed by the immense possibility contained in a single snare hit or guitar timbre. "I needed people that could go toe-to-toe with me on a production level and could push back against my ideas,” he says.

The result is an album that sounds unselfconscious in its new mise en scène. “I think I was trying to put on hats that weren't necessarily an incredibly good fit for me,” McMorrow says of his guitar strumming days. Keyboards and drum machines always felt more natural, and “We Move” is replete with them — though “replete” is not necessarily a word you would apply to the album, which is restrained even in its sumptuous love affair with sound. Synths blink in and out of view like lightning bugs in an expanding darkness; the percussion is crisp and exact, the bass lines velvety. McMorrow possesses a gossamer voice and is fond of stacked falsettos à la Bon Iver. But “We Move” probably puts him closer to the British electro-soul crooner James Blake: sensual, moody, sometimes spare. 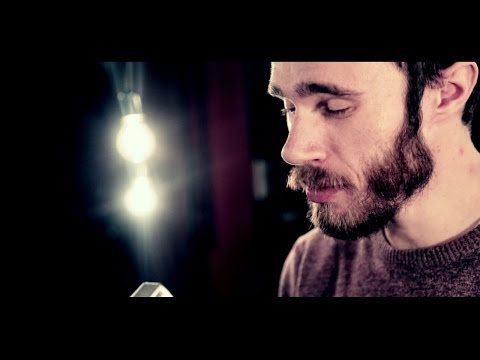 As for the lyrics, McMorrow tried to write more plainly on “We Move” — hence a track like “Evil.” The song was inspired by his break with Christianity as a young man. "I'm quite an anxious guy, and when I was a kid I suffered from a lot of anxiety issues,” he says. “I'm just a shy human being, and I didn't give myself over to people very easily. I found a lot of really lovely people when I started going to church when I was like 16 or 17.”

Eventually, though, he felt like a hypocrite. He wondered how a person of faith could judge others and yet refuse to examine the ugliness within himself. “You can't manifest yourself into being a good person by just saying it. That's not how it works,” McMorrow says. “People are like, 'I'm a good person,' and then it's like, yeah, but you believe that homosexuality is evil. I'm like, what is that about? How could you possibly believe that to be true, as a smart, 21st century person? That seems so depressing to me. You're judging other people. And I can't reconcile those things with the person that I want to be.”

In “Evil,” the process of reconciliation is arduous, ongoing. McMorrow never quite manages to free himself of that brutal refrain, but as he sings it — plainly, repeatedly — he nevertheless seems to rise up.