For 26 years, an energetic, curious musician named Scott Nickrenz has been working behind the scenes at the Isabella Stewart Gardner Museum, carefully curating its ongoing concert series.

Now, after a quarter-century on the job, the longtime music director is retiring. During a recent visit to the museum, he shared his thoughts on a career that included far more than programming performances.

The 79-year-old Nickrenz wriggled a bit in his seat and beamed as he surveyed a big part of his legacy: the box-shaped, acoustically pristine Calderwood Hall. He's programmed dozens of concerts here since the golden, wood-paneled room debuted as an integral part of the Gardner’s new building five years ago.

"It's like my whole life, my whole career — I didn't know this, but it was aiming for the 'sonic cube,' " he reflected, smiling. “I'm so proud of it.”

Nickrenz had a lot to be proud of long before he ushered this "magical sonic cube" into the world. When the musician was hired 26 years ago, his lengthy resume already included performances as a viola soloist at venues including Lincoln Center, the White House, Tanglewood and Jordan Hall.

Since 1978, Nickrenz had also directed the Spoleto music festivals in Charleston, South Carolina; Spoleto, Italy and Melbourne, Australia. And he was the chamber music director for the New World Symphony in Miami. The list of affiliations goes on.

Along the way, Nickrenz says he met and taught a lot of other musicians, including cellist Yo-Yo Ma during a summer session at Harvard. Anne Hawley remembered how soon after she became the Gardner's director in 1989, Ma recommended Nickrenz for the music director position. She said when she met him in New York for the first time it was immediately clear that his spirit was indomitable.

“It’s just infectious. He’s skipping on the earth, and you just always want to follow him,” she said with a laugh.

Hawley hired Nickrenz and shared him with the New England Conservatory of Music, who also appointed him as adviser to the president.

At the Gardner, he quickly got to work opening the door for others.

“Scott took a historic music program at the Gardner and just made into a major showcase for presenting and developing young talent, young musicians,” Hawley remembered.

Nickrez had a pool of talent he knew personally at his fingertips, including Nicholas Kitchen, first violinist with the Borromeo String Quartet. 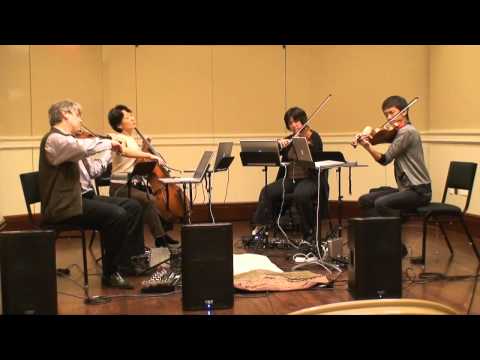 “It just means the world to you,” Kitchen said of Nickrenz’s support. The music director gave the group some of its first live gigs at the Gardner after the musicians moved to Boston in '89.

Kitchen explained how Nickrenz has always embraced and acted on the belief that talent needs to be encouraged, challenged and shared with the public.

“He’s really seeing that something is valuable in an artist — and often saw it very early on, when maybe even other people didn’t see it,” Kitchen told me.

Nickrenz has been instrumental in putting a long list of aspiring artists on the map.

As Nickrenz sees it, “One of the reasons I'm useful on this earth is I spend my life helping people younger than me,” he said. “I mean it's just so consistent through all of these festivals and all of these things. It's the most consistent thing in my life.”

These days, Borromeo is in-demand internationally. It’s also one of the museum's resident music ensembles that, for many years, performed in the historic palazzo's gorgeous but acoustically-limited Tapestry Room. When it came time to design the Gardner's new building, it was Nickrenz's idea to create a concert hall without a stage. In part, he wanted to break down the barriers between the players and the audience.

Hawley said Nickrenz has always been driven to find ways to engage more intimately with contemporary audiences and points to his pioneering podcast.

“Although the hall has a capacity of 300, every concert that he’s giving is being heard by 14,000 people or more because of all the downloads of the podcast,” Hawley said, “So he’s used technology to further classical music, he’s developed young talent.”

But not just classical young talent. Nickrenz has also played a role in developing the museum's pop and hip-hop concert series known as "Rise."

"I'm going to make sure that I continue going and enjoying my hall — because I'd like to think of it as my hall. That might not be fair, but everything led up to that," he said. “That was my life.”

Before Nickrenz enjoys his hall as a member of the audience, he'll lift a glass of wine (or two) with wife, flutist Paula Robison, and many friends at his retirement party and concert this Sunday at the Gardner. His successor has yet to be hired, but Nickrenz said he looks forward to training that person when they arrive to pick up where he’s leaving off. 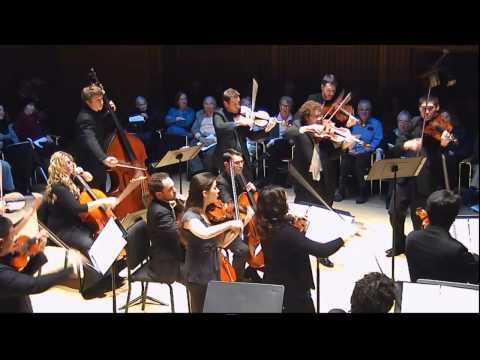 This article was originally published on April 28, 2017.