"Cost Of Living," the new album from Providence’s Downtown Boys, begins with the burning, plummeting song “A Wall.” It's a vociferous rejection of Trump’s campaign trail promise to build a border wall between the U.S. and Mexico. “A wall is a wall,” lead vocalist Victoria Ruiz hollers. “A wall is just a wall.” Drums crash, guitars jangle and a saxophone croons bravely through the tumult. 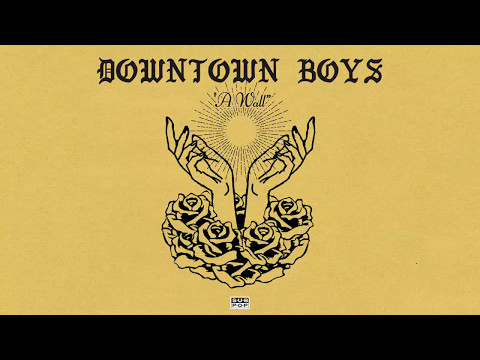 “Cost Of Living” is Downtown Boys’ first release on the indie tastemaker Sub Pop Records, and, thanks in part to producer Guy Picciotto of Fugazi, it offers a high-def vision of the band’s earlier two efforts. Mary Regalado’s bass is barbed and imposing, while guitarist Joey DeFrancesco is at his most expressive as he toggles between warped cacophony and shimmery delirium. The group’s oft-stated admiration for Bruce Springsteen is more apparent, too, in the the moments when "Cost Of Living's" crashy punk exhales into anthemic release.

One thing that hasn’t changed is the band’s message. The music of Downtown Boys is sometimes described as “radical punk,” a label that encapsulates the post-colonial, anti-capitalist ideology animating the work. The band and its members have been active in many lefty causes, from labor organizing to reproductive rights to net neutrality. (Co-founders Ruiz and DeFrancesco were involved in the fight to unionize the Renaissance Providence Hotel, and in 2011 DeFrancesco memorably quit his job there with the help of the marching band What Cheer? Brigade in the viral video "Joey Quits.") 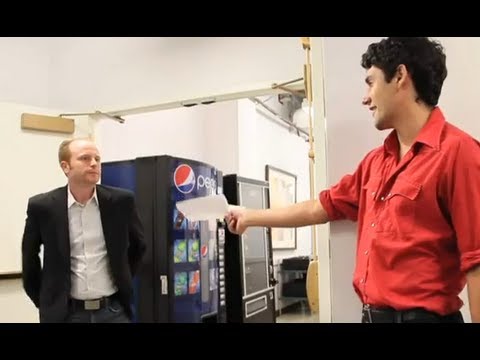 So while it’s tempting to position Downtown Boys as the underground’s answer to Trumpism — à la Amanda Palmer’s assertion that “Donald Trump is going to make punk rock great again” — listeners would do well to remember that the band was preaching its patented activist rock long before the Donald’s political rise.

As the group has grown in popularity, it has emerged as something of a conscience for the indie rock scene. This spring, members of Downtown Boys were instrumental in the successful pushback against a clause in the South By Southwest (SXSW) performer agreement that allowed the festival to report international artists to ICE if they were caught playing unofficial showcases. And following its appearance at the mega pop festival Coachella, the band published an open letter condemning the festival's financial ties to anti-LGBT lobbying groups.

Downtown Boys celebrate the release of “Cost Of Living” at Once Somerville on Saturday, Aug. 12. Recently, Ruiz, DeFrancesco and the band’s saxophonist Joe DeGeorge spoke about recording with Picciotto, staying true to their values despite professional success and the impact of Trump on their music. The following interview excerpts have been lightly edited for clarity.

This is the first album on Sub Pop; you got to work with Guy Picciotto from Fugazi. What was that like? And what was the vision going into it?

DeFrancesco: "I think compared to our last record, it is a bit more expansive in what we're talking about. We're able to get at more subtleties both in the subject matter and in the musical content. Melodically, harmonically, adding in new instrumentation, adding in more kind of ambient parts, interludes, things like that. And we had the opportunity to do that this time, working with this label. Guy came into the picture pretty late in the game, because we were looking for a producer once we had set a recording date, and we were really down to the wire."

"We're able to get at more subtleties both in the subject matter and in the musical content."

Did you learn anything from him?

DeGeorge: "He taught us a new dice game that he used to play with Fugazi. It kind of felt like we were working with a coach on this one. He would give us pep talks and stuff, and was just real supportive the whole way through. He would pick us up in the morning and drive us to the studio."

DeFrancesco: "Just having him there and being able to share stories, keep the mood up, and realize even these legendary bands like Fugazi were still a group of people who, as artists, were also kind of always on the verge of some kind of disaster. Or also most of the time driving around in a van getting sick — that's, you know, what it is."

The title is “Cost Of Living” — how'd you come up with it and what does it mean?

Ruiz: "We actually had a song called 'Cost Of Living' that is now 'Violent Complicity,' because we actually took out the chorus that used the words 'cost of living.' But we are really obsessed with the idea, and Joey really brought the idea to the band. I think that was two years ago now. It was kind of when all these wage strikes were happening to raise the minimum wage throughout the country.

"...really the true cost of living has to do with that feeling of alienation, with whatever you're paying to feel free in those brief moments throughout our lives."

"So much of the time we, our worth and our value, individually and collectively, is seen as however much you’re making per hour, and that somehow determines more about you. But really the true cost of living has to do with that feeling of alienation, with whatever you're paying to feel free in those brief moments throughout our lives. So it's really like, what is the cost of your freedom? And that's going to look very different depending on who you are, on where you come from, on your ancestry and on your current reality."

You guys have always been outspoken politically, and it's a very anti-capitalist message, or critique, that you offer in a lot of your music. As you're getting more successful, have you found balancing your professional needs with your value system to be a struggle?

Ruiz: "We've been thinking about this question a lot and ultimately, hopefully, we — and other artists as well — continue to work collectively to the point where we are thinking more seriously about: Do we play this show, do we do this decision, do we join this record label or not? And it will get to the point where those decisions actually have leverage… Obviously with Sub Pop, they're a bigger label, a percentage of Sub Pop is owned by a really large corporation. But ultimately, whether Sub Pop exists or doesn't exist right now, I don't think that's going to change things like pay equity or change this country's relationship to war or to militarizing the police, right? So we have to think strategically and we have to think about the history of organizing in this country and the [political] movements in this country. So a question like that becomes very impacted by good organizing strategy." 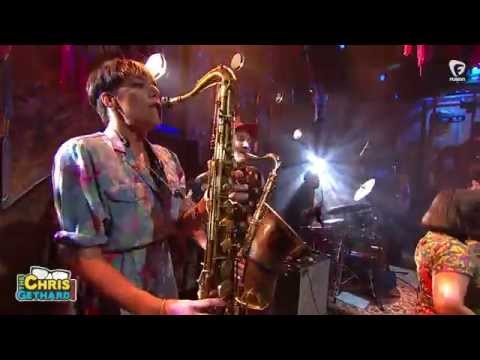 For a lot of left-leaning people, I think Trump's election was a huge wake-up call, or at least represented a pretty stark shift in how they understood America and the political climate. But I think your music has been pretty consistent in its messaging this whole time. Did Trump's election change anything for you?

DeFrancesco: "I think it comes out when we're playing, it comes out with how we're able to interact with the audience, it comes out in who feels comfortable coming to a concert in these times, it comes in what people then feel like when they are at the concert. So it's in everything.

"When we were recording, the Muslim ban’s first version had just been announced. And it was this kind of realization of these fears that everyone had about what this presidency was going to be like, which continue to get realized over and over and over again now. But we were just in the basement recording and this news is coming out and we're all just — someone would be in the studio laying down a track and everyone else was just scrolling through their phones, looking at what's happening, looking at hundreds, thousands of people streaming to the airports to protest it, to shut this thing down. And just feeling like, what the hell do we do right now? I think, yeah, it's a heavy time to be creating."

What are you proudest of on this record?

DeGeorge: "I think that it's a more dynamic record. ... It’s just a bigger sonic space for the band to inhabit. And I did all my sax solos in one take."

Downtown Boys perform at Once Somerville on Saturday, Aug. 12.