With adults age 21 or older soon able to buy recreational marijuana from Massachusetts retailers, there's a new "Drive Sober or Get Pulled Over" public service campaign out warning mostly of the deadly risks of driving while high.

On Wednesday, the Baker-Polito administration — in partnership with law enforcement officials, weed dispensaries and ride-hailing companies — unveiled its campaign against stoned driving, which includes a video PSA that will run online and on television over the next several months.

The campaign comes just a little more than a month after retail sales of adult-use cannabis were legally allowed to get off the ground in the state. However, delays in the licensing process have so far prohibited sales from happening.

The video features different people walking at a slow and steady clip, staring austerely at the camera to deliver a message about how stoned driving can kill "my mom or yours, my daughter, my sister, my love, my life and yours." 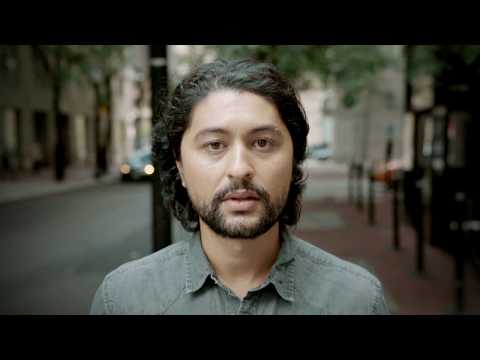 Jennifer Queally, undersecretary of the state's Office of Public Safety and Security, said that after Colorado created its legal marijuana market, instances of stoned driving went up.

"It's not uncommon to hear people say, 'I drive better when I'm high,' " she said. "People do not drive better when they're high ... if you are high or stoned, you are not a safe driver. And you are a danger to everyone on the road."

The campaign is pushing for people who use cannabis to take the MBTA, taxis or ride-hailing services, like Uber and Lyft, to get home. Both of those competitors helped with the state's strategy.

"We want to make sure residents can consume marijuana and not think twice about how they're going to get home responsibly," said Tyler George, New England general manager of Lyft.

Uber said its meeting with local law enforcement Thursday to figure out how they can work together "to make impaired driving a thing of the past," said Persis Elavia, an Uber general manager for Boston.

Law enforcement officials are still figuring out ways to test for people's level of impairment. Last year, the state's Supreme Judicial Court ruled field sobriety tests can't be used to determine if someone is high or not.

Some police officials are on the quest to find something akin to a Breathalyzer that detects marijuana, while scientists try to find the weed equivalent of alcohol's 0.08 legal limit. The state's video does also warn against drunk driving.

Major Richard Ball, a commanding officer with Massachusetts State Police, said for now, it's important people are educated so they don't get behind the wheel impaired in the first place.

"We'll do the best we can to make sure that we follow the protocols that we're supposed to follow," he said. "But we're trying to get the message out to say: 'Understand that you can't smoke a joint and jump in your car and drive.' It's illegal and it's dangerous."