In May of last year the rapper Dutch ReBelle took the stage at the Museum of Fine Arts in Boston. In a video of the concert, she strides around the museum’s lofty atrium, packed with cheering fans.

The stage is Dutch ReBelle's comfort zone, and around Boston she's something of a celebrity. But like a lot of established mid-level artists, ReBelle doesn't have a record deal. She books her own tours and manages her own finances. Sometimes, to save postage, she delivers merchandise bought by fans directly to their homes.

"I like to leave personal notes on the envelopes and stuff," ReBelle says. "I just tell people, if you get a heart instead of a postage stamp, I was there."

ReBelle’s fans raised more than $15,000 on Kickstarter to fund her 2018 album “Bang Bang.” So she doesn’t mind personally delivering the promised perks for fans’ pledges, like CDs and T-shirts. 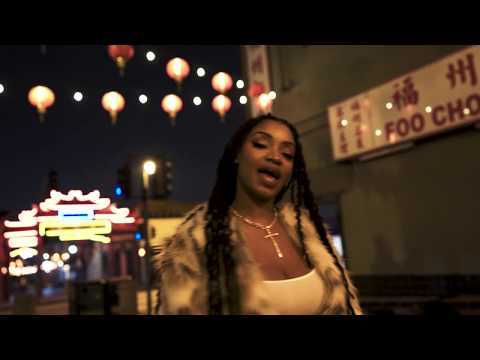 "Money is a thing," ReBelle says. "Money's a real thing. You can support me but to take money out of your pocket and spend it on me is very, very appreciated. People have to go to work and make their money, you know what I mean? So the way I see it, what is the problem of me spending a couple hours busting my butt going up and down the highway to say thank you?"

This is the state of the music industry in a nutshell: An independent artist can raise thousands of dollars online, but still has to hustle to save a few bucks on stamps.

A new podcast from Berklee Online, the online school from Berklee College of Music, highlights this tenuous moment for musicians by examining the rise of online crowdfunding platforms, like Kickstarter and PledgeMusic. The five-part series, called "The Roaring Crowdfund," follows Dutch ReBelle and three other independent musicians through the ups and downs of their crowdfunding campaigns.

"It’s a confusing landscape, and it's a crowded landscape," says Pat Healy, a senior writer and editor for Berklee Online and the host of "The Roaring Crowdfund."

Of his motivations for creating the podcast, Healy says, "It was about how unfair it seemed that these really talented artists were having to prostrate themselves, humble themselves, to ask for money to make their art." (A free panel discussion and live presentation of "The Roaring Crowdfund" will take place Feb. 27 at Cafe 939 in Boston.)

Crowdfunding emerged in the late '90s, just as online music distribution began its devastating assault on album sales. The crowdfunding model offered an almost utopian solution, allowing artists to bypass industry gatekeepers and still make money. Now it's one of the most relied-upon ways for musicians — even famous ones — to raise funds. And the competition is fierce. Artists today devise elaborate rewards to entice fans to give. It turns out people will pay money for some pretty weird stuff.

As Healy says in the podcast, "What you get is your favorite acts making remixed albums with cat sounds, performing at your house, daring you to skydive with them but instead doing drunken karaoke with you, sending you vials of blood, having you sign their nude bodies, and more."

"The Roaring Crowdfund" describes the crush of twin pressures on artists. As streaming services further decimate music sales, fans tire of being asked to pony up. So musicians have to learn to become salespeople. "It's not easy to do what you do and on top of that, sell what you do," says Healy.

Dutch ReBelle believes the extra work is worth it. She found her experience on Kickstarter empowering. "[Crowdfunding is] giving the tools and the resources back to the people to use it," she says.

But Healy’s podcast raises questions about the sustainability of the crowdfunding model. Recently, PledgeMusic came under fire for falling behind on payments to artists. If these platforms don’t survive, where does that leave musicians?

Healy is the first to admit he doesn’t have all the answers. But he does know one thing. "People need to respect music more," he says. "Because it's an intangible thing and it's something that we take for granted... Everything that's ever been made is free right now. I just hope that people that listen to this can take away, you know, 'I should appreciate music more. I should let the musicians who are working know that I appreciate their music.' "

But if "The Roaring Crowdfund" tells us anything, it's that mere appreciation is not enough. Artists must learn to sell their brand to an increasingly media-savvy audience. In this cultural moment of digital streaming and online hustling, the skill set needed to make it as a musician has fundamentally changed.