Quarantine Double Feature is a new series in which we pick two films available for streaming and discussion while we wait out this crisis at home. This week: The Comfort of Christopher Walken.

There’s an argument to be made that 1990 was the year Christopher Walken transitioned from quirky character actor to human meme. Of course, there was always a spacey, slightly sinister quality to his performances, dating back to the first in what would become a career of movie-stealing cameos as Diane Keaton’s bizarre brother Duane in 1977’s “Annie Hall.” (“I have to go now, Duane,” Woody Allen says after their memorable chat, “I’m due back on the planet Earth.”) But he was also capable of a boyish fragility, put to heartbreaking use in his Oscar-winning role as Nick, the doomed Vietnam vet in Michael Cimino’s “The Deer Hunter.”

The Walken we know today as Christopher Walken — with the swept-up hair, impromptu dance steps, staccato line readings and quicksilver smirks — came to full fruition in a pair of 1990 productions that on the surface couldn’t seem more different. Abel Ferrara’s “King of New York” is a rotgut updating of 1930s gangster movie tropes for the crack and hip-hop era, while Paul Schrader’s “The Comfort of Strangers” is a lush literary adaptation drenched in Euro-arthouse perversity. What the pictures have in common are knockout lead performances by Walken at his most deliriously Walken-esque, leaning into his outré eccentricities like he’s just arrived from outer space. You can’t take your eyes off him.

In September of 1990, “King of New York” premiered to mass walkouts at the New York Film Festival, and the mind reels trying to imagine what tony Lincoln Center audiences must have made of a movie this decidedly downmarket. Ferrara films like “The Driller Killer” and “Ms .45” typically played about 20 blocks south in Times Square grindhouses, though he’d recently been polishing his craft directing episodes of “Miami Vice” and the “Crime Story” pilot for Michael Mann. Scripted by Ferrara’s regular screenwriter Nicholas St. John, “King of New York” brings the old Jimmy Cagney underworld archetypes into a present-day city crippled by the crack epidemic. 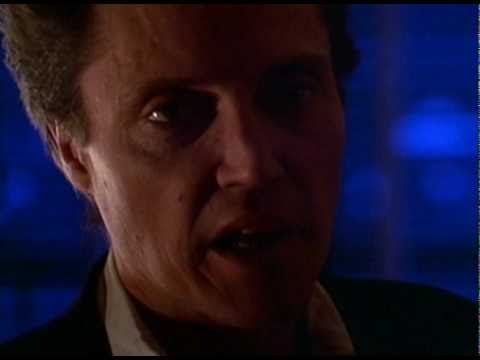 Walken stars as Frank White, a crime boss who emerges from a lengthy prison stretch and immediately sets about killing off all his competition. Frank dreams of building a hospital in the Bronx, but he’s hounded by two quick-tempered cops (David Caruso and Wesley Snipes) who will be happy to break the laws they’ve sworn to uphold if that means bringing him down. This isn’t a movie you watch for the plot — I’ve always felt like it was missing a couple of crucial scenes in the middle — but rather you keep coming back for the movie’s ugly, sleazebag electricity and out-of-nowhere violence. Walken seems to glide along it all without his feet ever touching the ground, that impish smile giving way to terrifying fury and then back again, navigating the movie's mood swings with a dancer’s grace.

He’s countered by a volatile, star-making turn from Laurence Fishburne (then credited as Larry) playing Frank’s main enforcer Jimmy Jump. The story goes that the role was written for actor James Russo, who refused to play a part in which David Caruso would get to spit in his face. So Fishburne portrayed Jimmy instead, and not only turned the aforementioned spitting scene into one of the movie’s most indelible moments, but also inspired Ferrara to fill out Frank’s gang with actors of color, the way real-life hood “Crazy Joe” Gallo earned the mafia’s ire for using black guys on his crew. (The colorblind casting extended to the cops as well, with Snipes playing a character named Tommy Flanigan.)

Watching it now is like looking at a who’s who of New York actors on the precipice of stardom, as in addition to Fishburne, Snipes and Caruso, there’s also Steve Buscemi and Giancarlo Esposito lurking around the margins. It’s arguably the first hip-hop gangster picture, pre-dating “New Jack City” by several months and kicking off the early 1990s wave of neo-blaxploitation. But what sticks is the lurid amorality and hyper-sexualized sordidness of it all, oddly offset by cinematographer Bojan Bazelli’s ethereal lighting, which makes the filth look like a Caravaggio painting. Walken’s most otherworldly qualities come to the fore in the film’s final scenes. He should always be lit like this.

The two most-cited takeaways of Christopher Walken’s acting process are (1) he doesn’t like to read any scenes he’s not in and (2) he retypes all his lines without any punctuation before learning them, preferring to find his own flow without the signposts of some pushy writer’s commas and periods. The first goes a long way towards explaining how he often seems to be in an entirely different (and usually more interesting) film than his co-stars, while the second gives a clue to his unique cadence — the one that hacky standup comedians and your most annoying friends all think they can imitate but nobody really can. 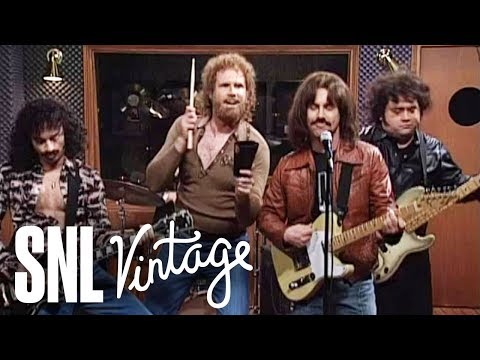 In January of 1990, Walken hosted “Saturday Night Live” for the first time — he’s been invited back on six occasions since — unveiling a sublimely silly, self-parodic side that audiences heretofore had only seen glimpses of when he played a Bond villain in 1986’s “A View to a Kill.” He’s joked in interviews that the endlessly memed and merchandised “More Cowbell” sketch ruined his life, as people now shout the catchphrase at him wherever he goes, but I’ve always been fonder of “The Continental.” The recurring skit is a devastatingly accurate spoof of an obscure 1952 late-night CBS show, in which Walken plays a caricature of a European sophisticate directly addressing the camera to sweet-talk female viewers over glasses of champagne, which he pronounces “sham-pan-ya.”

It’s impossible not to think of “The Continental” while watching “The Comfort of Strangers,” which premiered at the Venice Film Festival that fall, and stars Walken as a mysterious, white-suited Italian stranger who lures an innocent English couple (Rupert Everett and Natasha Richardson) into a web of sadomasochistic mind games. Harold Pinter adapted the script from Ian McEwan’s 1981 novel, putting his oblique stamp on pages of monologues that the actors interpret with a deliberately flattened lack of affect — save for Walken, who makes meals out of them. If you can manage to get the “SNL” character out of your head, you’ll find one of his most playful performances. 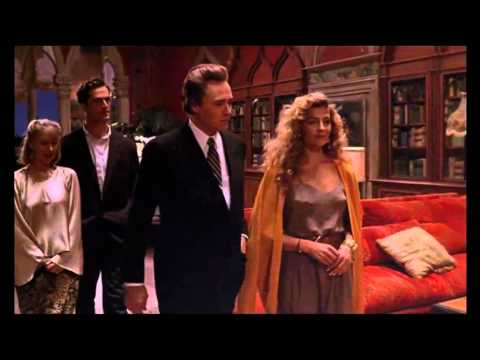 Obsessed with telling (and retelling) tall tales about his macho father and grandfather, Walken’s cryptic stranger carries on endlessly about masculinity and “poofs,” at one point punching dinner guest Rupert Everett in the stomach for no reason and then winking at him. The character owns and operates what’s obviously a gay bar, something he quite amusingly denies despite all visual evidence to the contrary. This malevolent closet case has plans for our innocent travelers, but the movie keeps his true intentions teasingly, sometimes infuriatingly out of reach.

Much as “King of New York” was the first of a new kind of crime picture, “The Comfort of Strangers” could be seen as one of the last gasps of a once-popular genre of well-pedigreed, Euro-centric arthouse films with lavish production values, heavy-duty symbolism and lots of nudity. For some reason, Helen Mirren seems to be in most of these movies, and so of course here she is as Walken’s long-suffering wife, delivering some of the script’s most unsettling lines with a cheerful, Canadian-accented chirp that makes them all the scarier.

Paul Schrader’s dispassionate direction keeps these characters at a distance, lingering on hauntingly empty Venice vistas as captured by ace cinematographer Dante Spinotti. I’m not sure it all works, but it’s the kind of creepy, insinuating picture that gets under your skin and stays there. Watch it with a glass of sham-pan-ya and enjoy until you're due back on the planet Earth.