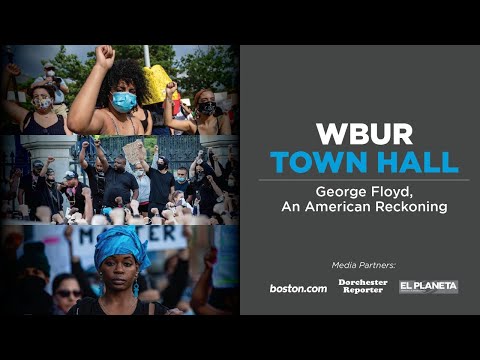 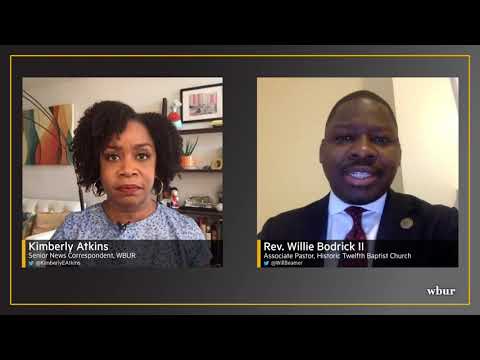 On the legacy of racism in America:

Rev. Willie Bodrick II: "America has yet to address its original sin, which is racism, and it systematically has permeated each and every aspect of our society, including our policing. Furthermore, black bodies have in this country been demonized, dehumanized, criminalized, vilified and hypersexualized. They've also been mistreated and even killed and brutalized.

"What we saw with George Floyd was a public lynching. And we know all too well in this country of the history of lynchings in this country, the history of state violence against black bodies in this country. I think about the Red Summer of 1919. I think about Tulsa 1921. I think about Rosewood in 1923. And a hundred years later, we're still having to experience [it] — but in a different way, with viral videos and with the constant ... consuming [of] all of this information, watching these black bodies be vulnerable and, even worse, being taken at the hands of those who've been called to protect and serve.

"I think people are just tired. Enough is enough. We're going to find hard to continue to bring these issues to the forefront and make sure that we don't continue forward with this type of experience for black lives in this country."

On the challenges of peacefully protesting: 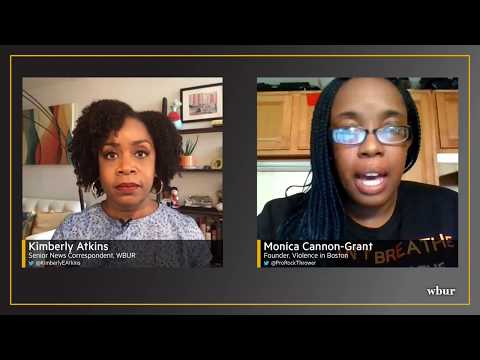 Monica Cannon-Grant: "We didn't just start it. We didn't just start getting killed by the police. It didn't just begin with us getting harassed and brutalized. It's just that it's on video now. I think a lot of people are just extremely exhausted because how many times do we have to tell you we can't breathe? How many times do we have to watch black men and black women be gunned down? I mean, Breonna Taylor. Gunned down. No regard.

"[There are] other pieces as which we don't talk about often ... She's not getting the same focus or as much focus as what's happening with black men in this country, because oftentimes, black women fall behind.

"I don't think there's a tipping point. I just think people are like, 'You know what? Enough is enough.' When we peacefully protest, we don't win. Colin Kaepernick still doesn't have a job. We watched Martin Luther King peacefully protest and they used a water hose on him. And so, for a lot of us who are activists, we're like, 'OK, we need you to hear us. We need you to see us and understand we're not playing.'

"There has to be an inside and outside game. There are going to be those of us that are able to have those conversations, like Martin [Luther King], and then there are those of us who function from a Malcolm [X] perspective — by any means necessary. And I think that's what's being shown across the country."

On protesting during a pandemic: 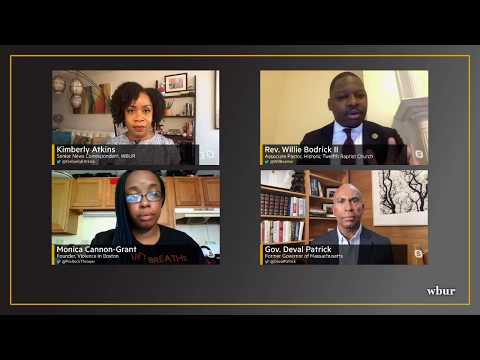 Bodrick: "I think [in] America  — when we're talking about this protest — people [are] willing to risk their lives to go out and march. We're still in a global pandemic right now. So we're dealing with COVID-19 and we're dealing with a virus called 'Racism 1619,' that we've been dealing with throughout this country. And we need to actually struggle and grapple with the fact that there are, subconscious, in the [minds] of Americans, a perception of black people that does not give them the presumption of innocence. That puts them in very vulnerable situations. I think the question that everybody listening needs to ask is 'Why?' "

On action beyond protest: 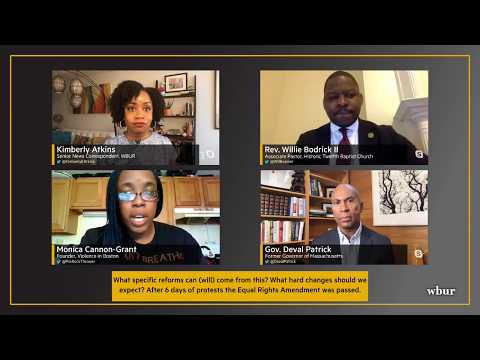 "I think that nothing concedes to power but power. When we're talking about getting things passed and requiring elected officials and municipalities to be a part of it, you apply pressure. And this is the part where, I think, people need to understand that there has to be a protest with a purpose.

"When you're protesting, you're educating those who show up to the protest. You're capturing that data so that you can then mobilize on elected officials and say, 'I have 10,000, 20,000 people who will sit in your office if necessary, who will call on your phone to the point where you can't catch up with the phone calls and the emails, who will make sure that the world knows where you stand on this and you're your lack of action in regards to getting something done.'

"The other piece is, we have an equity issue. So, if people are looking for direct things to plug into, what we'll be doing in the next couple of days is listing black- and brown-owned businesses that people can donate to that have suffered from not receiving adequate funding during this pandemic. A lot of funding was raised in regards to the coronavirus and the COVID-19 pandemic, but black and brown businesses did not receive a lot of that funding, if they received any. So, that's a start. We have to have an equity conversation. Housing is still an issue. Health care is still an issue. This pandemic did nothing but exacerbate preexisting problems."

On de-escalation and reformation: 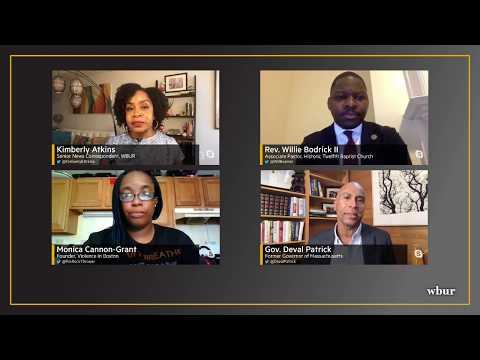 Deval Patrick: "The notion of de-escalation as the first response is a relatively new idea and not something that a lot of officers have been trained in. I'm not talking about racial or diversity, sensitivity training and so forth ... There are tools that are available to people to de-escalate a hot situation. It's not the preferred approach in ... current American policing.

"This whole business of how you respond to deadly force or the perception of deadly force, that you're authorized today to empty your service weapon. We don't have to go that far. We can put some restraints on that.

"The militarization of our police departments — because they are about a show of force and control — is completely the opposite from what was a short but very successful experiment in so-called community policing, where we had police in sufficient numbers out on the street, building relationships with people, hired from the community, whose job was to build bridges and not just control people.

"The change has come too slow. And I think that is what the folks on the street are recognizing. And I hope that, as we sustain this focus, we move past policing, but to the equity and justice and prosperity that all of our systems ought to reflect in every corner of the country."

Editor's note: During the Town Hall, a speaker referred to a video online that purportedly showed police officers placing caches of bricks in areas around the city before Sunday's protest. An Associated Press report has debunked that claim, saying the clip showed Northeastern University police officers who collected loose bricks from the corner of Tremont and Coventry streets in 2019.