When Helen Pickett decided to take the leap into the newly-minted world of Zoom choreography, she wanted to collaborate with dancers she shared a long history with — dancers that could “finish her choreographic sentences.” This meant calling on three Boston Ballet company members to bring her vision to life. The San Diego native created her first commission as a professional choreographer for the Boston Ballet in 2005 after meeting artistic director Mikko Nissinen at a dance workshop she was leading through MIT. She later went on to craft a total of five works for the company — many of which have made multiple appearances in Boston Ballet’s repertoire and two (“Petal” and “Tsukiyo”) that were set to be performed as part of the “Carmen” program slated for their spring season before COVID-19 hit. “I have a very strong bond with Boston Ballet — a long and strong and loyal bond with them,” says Pickett. “I’m generally very positive and uplifted, but this was an abyss that I had not foreseen. I knew I needed to do this for my health. I knew I needed to reach out, connect and create.”

Featuring Boston Ballet principal dancers Lia Cirio and Paul Craig as well as artist My’Kal Stromile, “Home Studies” is the first installment of a greater triptych and is composed of two duets and one solo, each piece exploring the experience of being “cooped up” and how the emotions of that circumstance differ so greatly between individuals. Pickett also worked with British composer Peter Salem, who offered the stunning score for the pieces, as well as cinematographer and long-time Boston Ballet videographer Ernesto Galan to capture the project on film — both of whom donated their time and services along with the dancers for the sake of making art in this difficult time. 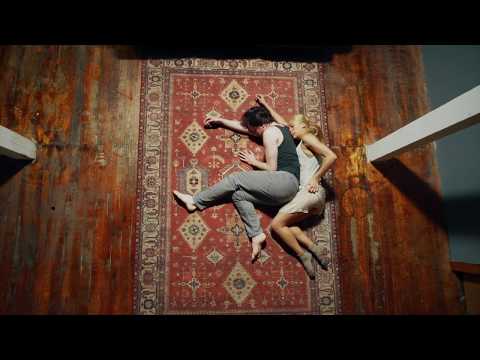 Before filming the final product, Pickett held nearly a dozen video rehearsals each for the duets and solo. “Rehearsing for this project was a definite shift from the norm,” says Stromile, who performs the solo. “I rehearsed every day with Helen via Zoom, meaning we worked virtually, causing me to rearrange my furniture to make my living space danceable. I typically never dance in my apartment so I think I was able to develop a more intimate connection with my home; it is special in a different way now.”

Pickett also notes her affinity toward large, sweeping movements in her work and how she had to adapt her way of thinking to a micro level, reflective of how the scope of each one of our lives has grown smaller during this public health crisis. It was a unique challenge for both the choreographer and the dancers to create over camera and in their apartments, but ultimately, it was the concept of home that initially inspired this project.

The original idea was to film each segment on an iPhone, but Galan had grander plans — offering up his airy, 2,500-square-foot studio, where he could use its depth to incorporate a wider variety of filming techniques (including shooting above from a crane) and create unique “worlds” through lighting and set design. “For ‘Home Studies,’ I wanted to approach it with a more artistic eye, taking the beautiful choreography and finding the intimate moments when you can really focus on the sensuality of some of this work,” says Galan, who has worked with Boston Ballet since 2009. “You can really connect with the dancers and the emotion, versus just the technical movements.” Pickett made the 6.5-hour drive from Philadelphia to Boston and back in one single day to be present for the over six-hour-long filming process, incorporating her own cinematic expertise from her time as a film actor and making even the most nuanced gestures — the stretch of a finger, a shift in the gaze — come alive in a way that they can’t onstage. “I’ve been flirting with the quiet intimacy of the small for years in my choreography and, in order for that to come off onstage, you have to really pull in the light and make people focus, but still there's a far away element from stage to audience,” she says. “I really went into the idea of these small spaces and the distillation of energy and emotion, and that was a wonderful puzzle for me to dive into and I really enjoyed that.” 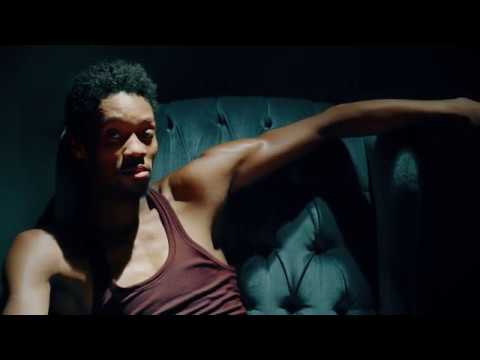 In each piece, Pickett’s intricate choreography seemingly breaks the fourth wall — not only in terms of allowing the viewer a close up perspective through film, but also in the way that everyone can find their story told through the dancer’s poise and crisp technique. The choreographer herself identifies with the solo performed by Stromile, as she is social distancing alone. Flanked by the two duets, the solo unfolds in a narrow room cloaked in rich teals, opening with a series of poses to symbolize waiting and the passing of time in a confined space. Despite the set’s small stature, Stromile’s solo abounds with quick movements and technical prowess juxtaposed with stunning, languid gesticulations that consume the entire body, a reflection of Pickett’s own experience living life on a “micro” scale and balancing that with a long walk in the seamless bounty of nature. “At times, the movement is contained, yet is pulsating,” says Stromile. “Dancing it felt like lava boiling and then erupting with surprise.” The dancer was also able to bring a part of the stage with him to this piece — engaging in his pre-performance ritual of deep breathing and mindful meditation before every run, which surely served to be especially helpful in mastering the lightning-fast gesture sequence at the end of his solo. “The movement is complex and is a combination of all of the gestures in the solo, executed at ‘super speed,’” he says. “It is not a camera trick or edit — I really have to move that fast!”

For the duets, which were possible since Cirio and Craig chose to isolate together, Pickett dove into the details of the many emotional facets of sharing space with another person for an extended length of time. The first is abundant with playful energy and humor — opening with a series of poses that speak to the format of the solo and also creates a witty banter between the dancers. The choreographer drew inspiration from the dancers’ own lives, specifically their pets — crafting movement to mimic a set of spirited kittens she spotted in Cirio’s apartment. This push and pull can be felt throughout the piece, which eventually has the dancers descend into a daze as they toss their limbs across one another until they plop down on the floor like tuckered-out children. This shift in mood is expertly captured by Galan, who used a hand-held camera to film the second half so it would seem subliminally shaky and disorienting to the viewer. 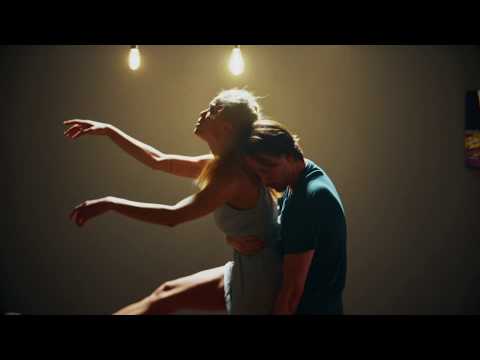 The second duet illustrates another aspect of the closeness couples feel in isolation — a romance and sensuality permeate the piece as the dancers become a beautiful tangle of intertwining limbs in an almost-melancholy display of love and longing. Again, we see Galan’s adept hand come into play here, zeroing in on tender moments and the softness of touch. “You want to get the eyes, you want to see the expressions on peoples’ faces and the hand touching an arm close up and things like that, which show the emotion, the expression, the intimacy of two people in a room,” he says. “That’s what you want to capture. That’s what’s going to give you goosebumps, hopefully.”

That intimacy is felt in each of the pieces, threading them all together despite their distinctive energies. It manifests in the creative process, where Pickett was given a glimpse into the dancers’ homes. It appears in the movement, as it focuses on the impact of even the smallest gesture. And it’s evident through the newly-accessible connection the viewer can find with dancers through film — where close up shots guide them into the world of Pickett’s incredible imagination. After this inaugural experience, the choreographer believes that the dance world will be forever changed and will now always consider the digital.

“The journey was so beautiful,” she says. “To be with them in the room for the filming was just amazing because all of this detail work, the detail we got in this film, it’s so micro...Every single gesture says something and every gesture says something on stage too, it’s just seen in a bigger picture, but if the artist has that attention to detail in their being, it’s going to make a different picture come alive on stage as well. It was an extraordinary gift to have this first journey with those three and with Ernesto. It was a very close, special time.”

Correction: An earlier version of this story had incorrect information about the score for "Home Studies" and misstated the city where Helen Pickett is from. The post has been updated. We regret the error.