The Boston Symphony Orchestra is experiencing a coda in leadership on June 20 when CEO and president Mark Volpe retires. He's been at the helm of the vast arts organization for 23 years.

Sitting on Symphony Hall's storied stage – just about where the principal second violinist would be during a concert – he couldn't help but share his passion for the acoustically pristine room that's moved audiences and musicians since 1900, including him.

“I've been in this hall since I was a kid,” Volpe recalled. “You know, where we're sitting right now, I thought I have an instrument in my hands.”

Volpe once aspired to be a professional clarinetist. His father Clement played trumpet with the Minneapolis Orchestra for more than 40 years. The younger Volpe basically grew up backstage hanging out with some of the world's greatest musicians. But he ultimately decided to pursue a law degree.

“The idea of going into management was totally antithetical,” Volpe recalled. But so was the notion of being an attorney. So he asked himself, “How do I combine my academic background with my incredible, intense love of music and orchestras?” From there, he added, it all just came together.

Before leading the BSO, Volpe managed orchestras in Baltimore, Minneapolis and Detroit. But his career path didn't always register with his musician father, who was a die-hard unionist. At Thanksgiving or Christmas Volpe's dad would sometimes rail against management. “And I said, 'Dad, that's me!'” Volpe remembered with a laugh.

When the BSO's top management position opened up Volpe got phone calls from cellist Yo Yo Ma and violinist Isaac Stern.

Maestro Seiji Ozawa was music director when he arrived in September of 1997.

Volpe recounted a now-amusing, then-stressful drama that unfolded on the night of his first gala concert with the orchestra. “This is so Seiji,” Volpe said of the maestro's penchant for arriving at Symphony Hall only about five minutes before show time. That night, as Ozawa was driving along a backed up Mass Pike, he rolled over a traffic cone.

“And, of course, he was stuck,” Volpe said. So the new manager had to get up on stage and “vamp” in front of the audience until the State Police escorted the BSO's late conductor to the hall.

Now 23 years – and thousands of concerts later – Volpe has conflicting emotions about retiring. Among his many accomplishments, Volpe tripled the BSO's endowment to more than $540 million. He also oversaw the hiring of the young music director Andris Nelsons, along with the expansion of the orchestra's footprint and programming in the Berkshires at the Tanglewood Learning Institute that debuted in 2019.

But when asked about what he's most proud of Volpe pointed to the human side of the job.

“It's not going to be a building, it's not going to be playing at the base of the Eiffel Tower for 350,000 people or July Fourth for half a million people,” he said, “For me, the first thing I think about every morning when I would come to work is culture.”

For Volpe, who's now 63, nurturing relationships and a sense of community at the BSO has always been top priority. And he believes it's paid off.

“I mean, you look at this pandemic. The players voted unanimously twice to significantly cut their salary without any acrimony, without running to the press and saying we're being violated, we're not being respected. They were partners,” he said.

Volpe announced his retirement right before the pandemic hit the U.S. “It's certainly not been the last year I envisioned,” he said, “It's been really challenging working through a period where, next to the hospitality industry, we're probably the most adversely impacted.”

The BSO has navigated painful layoffs and $51.5 million dollars in financial losses without ticket revenue since March of 2020. The orchestra shifted to offer robust online video programming that Volpe said has been reaching fans around the world, but monetizing content on BSONow.org has been another hurdle. 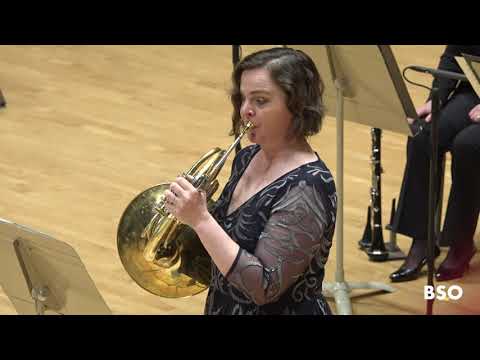 But Volpe said the hardest period for him began in 2017. That's when guest conductor Charles Dutoit was accused of sexual assault at other orchestras. Revelations followed that former BSO music director James Levine abused young mentees long before his tenure in Boston. These disgraces caused Volpe to soul-search about the classical music world's complicity.

“We're myth makers, these artists have these personas, and the cult of celebrity is so pervasive,” he said. “We make these...men mostly but occasionally women...out to be like gods. Do they behave badly because they can get away with it, and we've created a climate where they can?”

The BSO severed ties with both men.

Looking ahead, Volpe sees other challenges on the BSO's horizon including pandemic recovery, gender equity and diversity in an overwhelmingly white field. But he said the organization will keep evolving with Gail Samuel, the BSO's first female CEO in its 140 year history.

Now that his chapter with the orchestra is coming to a close, Volpe said he won't miss working 80 hours a week. But he will miss his musical family and plans to be in the audience at Symphony Hall when it finally reopens this fall.

He'll also be at Tanglewood on July 10 for the orchestra's long-awaited return to playing again live for audiences.

Volpe said he has some international projects and lectures lined up, and literary agents have been calling about writing a book. But the first thing he'll do this weekend is fly to Minneapolis to visit his family.

“I'm spending my Father's Day with my 91-year-old father,” he said. Volpe hasn't seen his dad since late 2019 because of the pandemic.

As for perhaps playing the clarinet now that he'll have more time on his hands, Volpe said he did pick it up again recently. But he'll likely keep exploring a different instrument that's now sitting in his basement: the drum kit his wife bought for him from a Berklee College of Music student.