We have all had our moments since COVID restrictions receded where we’ve said, “Is it really over? Did we just go through what we just went through?” It almost seems unreal how quickly normalcy has become normal again. For the people I’ve talked to, epiphanies have been rare; it’s more like waking from a dream with sleep still in our eyes and fog in our brains.

Returning to the Berkshires after two years has certainly had its moments of spiritual and artistic uplift. The fresh mountain air. Reed Birney and his son, Ephraim Birney, sending a chill up the audience’s collective spine as doctor and patient debating reality vs. imagination in Joseph Dougherty’s "Chester Bailey" in the fine Barrington Stage Company production, my first time at an indoor theater in a year and a half. Zoom just didn’t come close to that sensation of sharing a communal experience with actors and audience, no matter how good it might have been at times.

It was the opening of Tanglewood, though, that signaled that the Berkshires were back. Some businesses didn’t make it and their closed doors and "for sale" signs are reminders of what the country’s been through. And even at Tanglewood, not everything had reopened; many seats were kept empty because of physical distancing; concerts were 90 minutes with no intermission. Even here you had to pinch yourself to make sure you weren’t dreaming. Can I really sit with strangers without a mask? Did I really once have to wear a mask everywhere?

But when the Boston Symphony Orchestra opened its season in Lenox on Saturday night, more than the Berkshires were back. Usually the orchestra is seated as the audience files in, but it was reversed this time. The orchestra filed in once the audience was seated. Not for long. The standing ovation for the members was one of the most heartfelt I’ve heard in recent years. As it was for conductor Andris Nelsons following them out, together again in front of an audience for the first time since March of 2020. Even this stoic critic had to brush back a tear.

And when that live music came at you it was transcendent, enough to stir the dead. Or at least the dreaming. Both the orchestra and Nelsons were at the top of their game from the outset. “The Creatures of Prometheus” overture, leading off the all-Beethoven concert was as powerful a performance of the piece as I’ve heard, buoyed no doubt by the orchestra playing together for the first time. They were obviously enjoying each other’s company along with the presence of the audience. (If “The Consecration of the House” would have been more appropriate, they’re saving that for the Symphony Hall opening in the fall.)

The exhilaration abated with Emanuel Ax’s languid, by-the-numbers “Emperor Concerto” — I think the BSO should have kept the focus on the BSO, but Ax is a Tanglewood favorite. When the concert ended with a fully caffeinated, fully committed Fifth Symphony, though, it felt like art declaring a coda on plague days.

I imagine the BSO will come in for some criticism for an all-Beethoven program to launch the beginning of the post-COVID era, and after the killing of George Floyd. I would personally cut them slack on that, particularly considering the over-all excellence of the playing. Reclaim the tradition before moving on. And there seems to be a healthy dose of contemporary music in future concerts at Tanglewood and Symphony Hall, including music by three of the greatest composers of the day — Thomas Adès, Sofia Gubaidulina and Kaija Saariaho.

Still, the BSO could learn a thing or two from The Knights, who warmed up the Koussevitzky Music Shed on Friday night. The Knights are an intriguing New York ensemble who try to bridge the gap between classical and other musical forms; young and old; people of color and the traditional European classical audiences. They are frequent guests at Tanglewood. Interestingly, the BSO premiered Osvaldo Golijov’s “Azul” with Yo-Yo Ma, but it was actually recorded by Ma with The Knights. The group was founded by the Jacobsen brothers, conductor Eric and violinist Colin, whose lively collaboration with Siamak Aghaei, “Ascending Bird,” was an added encore to the program.

The concert itself was a smart mix of four composers who have been intrigued by the intersection of classical and jazz idioms. Maurice Ravel and George Gershwin, who knew and respected each other almost 100 years ago, sandwiched pieces by Vijay Iyer (who spoke to the audience) and Mary Lou Williams, whose “Zodiac Suite” recalls the orchestral writing of Duke Ellington. Aaron Diehl was pianist on that piece and for Gershwin’s “Rhapsody in Blue,” Diehl’s own career a winning exercise in conversing between jazz and classical.

Each of the four works was a pastiche of sorts, each with its own strengths and flaws. What stood out though, were three things. One was the intelligence of the programming. A second was the sheer exuberance of The Knights; fun and camaraderie are in their DNA. And both in terms of performers and composers, there were more people of color than you’d see in whole seasons of programming by some American orchestras.

Alas, the same could not be said of the Tanglewood audiences, overwhelmingly white with sprinklings of Asian or Asian American faces. This can’t be sustained either demographically or politically. New BSO CEO Gail Samuel joined Nelsons in addressing the crowd after the opening overture. Bringing this 20th, if not 19th-century institution into the 21st century while still maintaining the excellence of what was on display Saturday night is going to take some doing.

The all-Beethoven concert was a fine way to launch the season. But now it’s time for Beethoven to make some new friends. 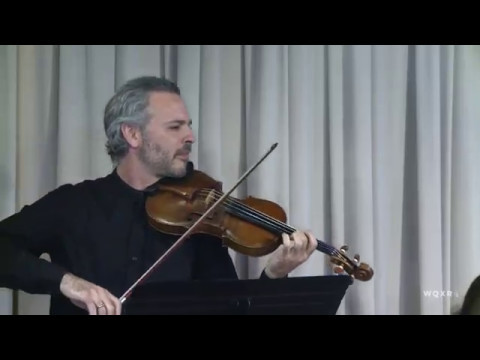