Multimedia artist Nicole L’Huillier wants to invite you to become a membrane and get ready to assimilate and embody vibration. 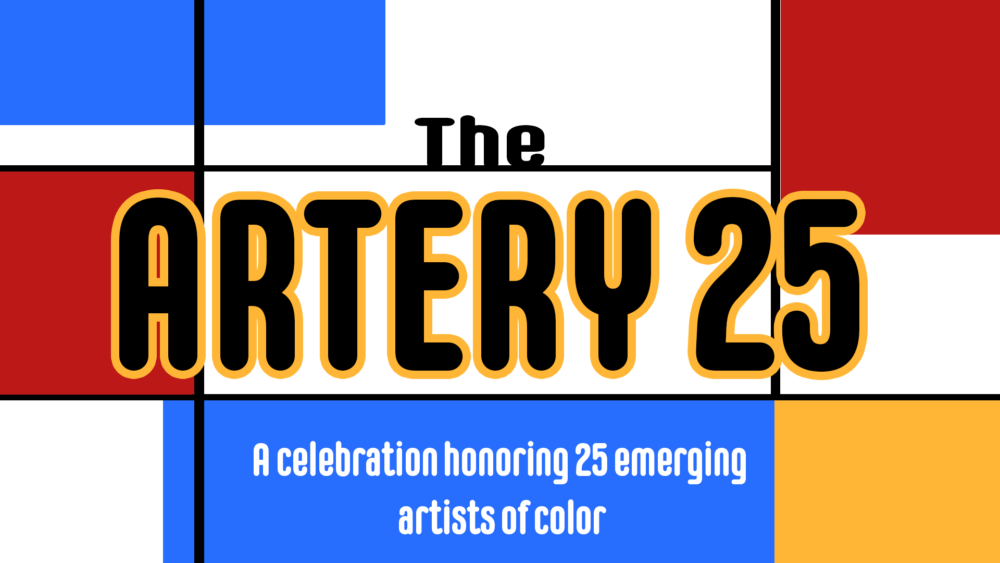 “Why I am obsessed with sound and why I love working with sound is that sound is a portal,” says L’Huillier, who’s from Santiago, Chile and pursuing a Ph.D. at MIT’s Media Lab. “Listening and moving to the sounds vibrating along, resonating, actually can alter your states of consciousness. And for example, you can achieve trance states and like states of psychedelia.”

Though she collaborates with doctors, robotics engineers and other technological thinkers, her work asks audiences to clear their minds, unlearn their conditioning, and get back to the basics. “How do we form parts, how do we inhabit with and in this universe?” she asks.

L’Huillier has a background as a musician and architect. She played in a band, Cóndor Jet, back in Santiago, but after becoming an architect, her music took a backseat. Feeling fragmented, she wanted to create a practice that could sustain and connect all parts of herself. Now at the Media Lab, her work oscillates at the intersection of science, technology and art. She explores the numinous as it relates to cosmologies. It is spiritual in a sense, but it’s totally unreligious.

Her sonic textures are trippy and hypnotic, inviting participants to dive so deep they enter the multiverse. Her work often explores sound as a means for understanding and navigating different spaces. “A sound, for me, it's a way that we can engage with different multidimensional realities, what we call the pluriverse.”

“A sound, for me, it's a way that we can engage with different multidimensional realities, what we call the pluriverse.”

Her traveling sculpture, “La PARACANTORA,” searches for these answers from the tiniest particles deepest within, to the largest bodies in the vast expanses of the cosmos. The physical sculpture is just a tripod with colorful horn speakers, but its simple design belies its extraordinary capabilities.

It’s a note-taking device; the sculpture houses environmental sensors that translate invisible forces like electromagnetism, temperature and pressure into sound in real time. It’s traveled to the Large Hadron Collider at CERN in Switzerland, as well as the ALMA and Paranal Observatories in Chile.

“From particles and the tiniest components of reality, to the biggest, like the cosmos,” says L’Huillier. “It's observing inwards and outwards somehow, these very opposite places but to understand similar phenomena.”

Being in Boston for a graduate program and occupying more academic spaces was a big change. At first, she found it hard to connect to the DIY art scene. She says things felt much less integrated and collaborative here, in large part because of how expensive the city is. But she was able to connect more with other artists through her band, Breaking Forms, with her husband Juan Necochea.

Their music is part journal, part pronouncement of love, and filled with exploration, science and calling into the void. And like her other work, it’s often concerned with sonifying the building blocks of our reality. Their song, “Microbailes,” for example, is a sonic representation of the DNA sequence of a tardigrade — a micro-animal known also as a water bear, which has survived all five mass extinctions.

By exploring the most basic forms and the origins of the cosmos, L’Huillier brings her audience back to reality.

"The world is not in a good place. I think if my work is resonating it’s because people sense the urgency for change."

“The world is not in a good place,” she says, but her work offers a different perspective. “I think if my work is resonating it’s because people sense the urgency for change.” While the art is often about gathering information and building an awareness of space, she says it’s more about unlearning than learning. She wants people to be flexible and dynamic as they engage in this dialogue. Her work reminds the audience that they too are just a vibration.

“It's time to rearticulate many things and my work is a lot about that,” says L’Huillier. “It’s about encountering other paradigms, it's about being able to be flexible, to vibrate, to oscillate just as sound.”