Halloween is upon us, and maybe you're looking for something a little scary to help get into the mood? Well, Boston composer Maria Finkelmeier has just the trick: some new, creepy music she conjured to honor a celebrated but relatively little-known 19th-century ghost story master.

Finkelmeier recalls what raced through her mind two years ago when she first heard about Lafcadio Hearn (1850-1904).

“Who is that person?” she wondered. “That's a really cool name.”

Lafcadio Hearn's great, great grand niece, Jean Laurenz — who's also a musician — told Finkelmeier all about him. “Lafcadio is this really wild character who was a nomad born in Greece, traversed through England, New York City, Cincinnati, Ohio — which is where I'm from — and New Orleans,” Finkelmeier explained, “then made his way to Japan. And he's most well-known for bringing Japanese ghost stories into the English language.”

Laurenz had contacted the composer to ask if she'd collaborate on a multimedia music and film project inspired by Hearn's scary tales and deep thinking on Buddhism, the supernatural and spirituality. Of course she said yes.

To prepare, Finkelmeier dove headlong into Hearn's life. She was taken by his troubled and tragic childhood. Hearn was blind in one eye, and after his mother died an aunt abused him.

“He was locked in a closet,” Finkelmeier said. “Kind of Harry Potter-esque is what I always thought of when I was reading about his life.”

Before Hearn turned to channeling folk ghost stories in Japan, he was a journalist in the United States who wanted to shed light on the darker side of real 19th-century people's lives.

“There's this juxtaposition of this hauntedness and this beauty in how he talks about these underrepresented parts of society,” Finkelmeier mused, “and the kind of meditation he put on that I think is really fascinating.

She and Laurenz set out to emote Hearn's unique lens through music.

“Yes, it's creepy — and yes, it's troubled,” Finkelmeier said, “but it's also beautiful.” 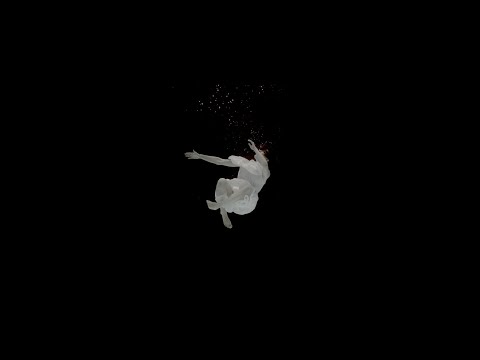 One tune, titled “The Shadow Shaper,” provides a thematic center for the album. It opens with a spine-chilling recitation delivered by Buzz Kemper.

Kemper's intonations mingle with Finkelmeier's ethereal music. She's contemporary classically trained, “so that means I'm really into putting a lot of different rhythms and instruments together,” she said, and often uses electronics and improvisation.

“I was really drawn to the fact that he finds the beauty inside the fear experience,” Laurenz explained.

As a trumpet player, vocalist, scholar and explorer, she feels a kinship with her long-gone relative. Laurenz is a music professor at the University of Wisconsin-Madison and an interdisciplinary artist. To spark her collaborator's creativity, she sent Hearn's journal entries to Finkelmeier, along with books by and about him. This line, from one of his many essays, grabbed them both:

“And that just sat with me,” Finkelmeier said, “and I imagined these spheres and these physical orbs.”

For “Orbs of Ghostliness,” she summoned round musical shapes using her primary instrument, the marimba. But rather than hitting one of its wooden bars with a mallet, she played it like a cello with a bow. Finkelmeier also tried wrapping the stick with tin foil.

“It gives this really scratchy sound,” she said, “which reminds me of goose bumps on your arm.”

To heighten the creep factor, Finkelmeier added a simple melody by blowing into her small, keyboard-like melodica and Laurenz joined on trumpet, which in “Orbs of Ghostliness” sounds something like a wail.

For her, the new album explores the merging of two spheres, “our real physical lives in this time and space, and then our supernatural spiritual selves,” Laurenz said. “And to me, 'Orbs of Ghostliness' is swirling around those two ideas, kind of playing with the membrane that separates them or brings them together.”

Laurenz also connects with the way her great, great grand uncle portrayed ghosts sympathetically in his stories. She calls them “haunters.”

“Usually the haunter is a woman who has unfinished something from her life, and she's coming back,” Laurenz said. “And I just love that notion, and also knowing that the women in Lafcadio's life were such strong and important figures.”

“His wife in Japan is the one we really should be thanking for these Japanese ghost stories,” Finnkelmeier added. “Setsuko Koizumi taught him these stories and then he translated them to English."

On "Descended" the collaborators brought the Japanese tale "Mujina's Arrival" to life. As the story goes, Mujina is a woman who's crying in the woods by the bank of a river.

“She's clearly in despair,” Laurenz said, “and a man approaches her.”

”And you kind of hear that lament. You hear that sadness,” Finkelmeier continued.

The man pleads with Mujina to tell him what's wrong — but the woman won't look at him.

The effect is unnerving. And thrilling.

“I hope your back tingles a bit,” Finkelmeier said, “and then you hear Jean go absolutely bananas,” with her voice and playing her trumpet. For their parts, musician Greg Juke and the composer laid down funky drums, synthesizer and marimba. Finkelmeier said they wanted to replicate the panic of trying to run away — like in a dream or scary movie — but you keep tripping.

There's also an eerie lullaby called “Moon Song” that taps into our childhood fears. On it Finkelmeier played a toy piano to call up Hearn's early years and the presence of children in many of his ghost stories. In post-production, she layered in a bed of sinister whispers and effects she made with sandpaper, water droplets and stones.

“We are ingrained with creepiness at an early age,” Finkelmeier mused. “ Like, what is scary? How do we learn fear?”

And while the album might scare some away, it has attracted the attention of awards committees. "Descended" was submitted for a few Grammy Award categories including Best Engineered Classical Album and Best Contemporary Composition.

Laurenz and Finkelmeier hope people who dare to listen to their conjurings on “Descended” will walk away with a mixture of terror and excitement that inspires them to learn more about Lafcadio Hearn. And — since it's Halloween — they also suggest adding “Descended” to your weekend soundtrack.