What happens when a married couple in a rock band divorces? Does that portend the end of the band?

Not necessarily, as Exene Cervenka and John Doe of X, and Christine and John McVie of Fleetwood Mac have shown. Just this month, the two couples that comprise ABBA, Agnetha Fältskog and Björn Ulvaeus and Benny Andersson to Anni-Frid Lyngstad. surprised the world by recording again and releasing a new album, “Voyage.”

Former Bostonians Kay Hanley and Michael Eisenstein of Letters to Cleo have been making music together again (off and on) for six years. The marriage may be gone — singer Hanley and guitarist Eisenstein split in 2010 — but not the creative chemistry.

It’s not a full-time venture for either anymore, though; it’s just a month out of the year. Letters to Cleo — which plays the Paradise Rock Club Nov. 19 and 20 — is in the midst of a six-date cross-country tour, taking them from their Los Angeles home base to Boston.

“It’s a nice thing we look forward to every year,” says Eisenstein on the phone from LA of the annual Thanksgiving-timed trek. They’ve undertaken it every year since 2016 except the pandemic-wrecked 2020. “We end our year with family on the east coast. It’s a great little work/play/vacation combo and you get a little extra money for Christmas, too.”

The Letters to Cleo recoupling took some time.

“After Kay and I split up, it seemed like it was not on the radar screen at all,” Eisenstein continues. Cleo’s drummer Stacy Jones was the catalyst, bringing Hanley, Eisenstein, guitarist Greg McKenna and bassist Joe Klompus together to try and write a couple songs.

“Everybody could play enough guitar to get a song started,” says Eisenstein. “Somebody would get the initial riff or chord progression that got the ball rolling and then it was collaborative. We started recording and next thing you know we’re really doing it.” They released the five-song “Back to Nebraska” EP in 2016.

“My relationship with Michael is really good,” adds Hanley, on a subsequent call. “We’re not buddies who hang out, but we have an extremely productive co-parenting relationship. It’s very warm and to me it feels very natural. Michael is my person and even though we’re not a couple he’s still incredibly important to me.” (Hanley and Eisenstein have two children, Henry and Zoe, together.) 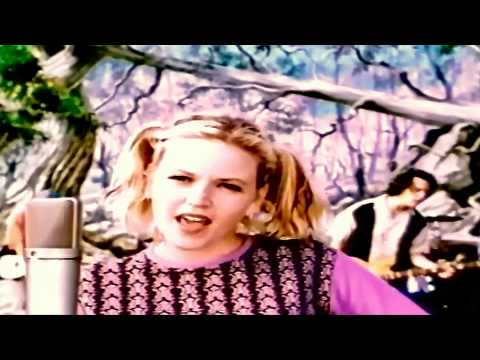 Letters to Cleo’s brightest moment in the sun came early on, when in 1995, “Here and Now” from their debut album, “Aurora Gory Alice” became an alt-rock hit.

Then in 1999, the band got another kick upwards by doing two covers — Cheap Trick’s “I Want You to Want Me” and Nick Lowe’s “Cruel to be Kind” — for the hit movie “10 Things I Hate About You.” In 2001, they did the soundtrack to the “Josie and the Pussycats” movie. But there was tension within Letters to Cleo and the band split the following year.

“It had stopped being fun for a variety of reasons,” says Hanley. “But I don’t think any of us wanted to acknowledge that because we’re family and family sticks together, a lot of times for not the best reasons. When Zoe was a baby and we were trying to do shows it was like, ‘we can’t, this is ridiculous,’ and that’s when the band split.” 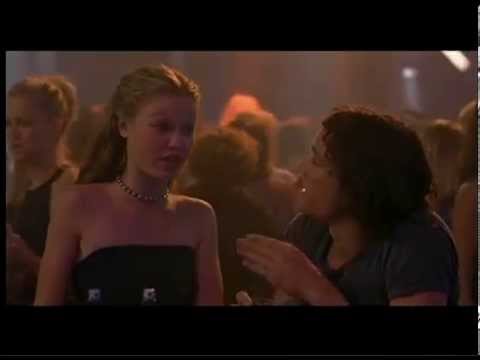 Were dreams they had in the ‘90s of being alt-rock stars shattered? Not exactly.

“I never had any dreams whatsoever of being a pop star in any way, shape or form,” says Hanley. “To me, we made it way farther than I ever wanted to imagine. Our success was a perfect amount.”

“My grandest pop star dreams would have been a career something like that of Garbage,” says Eisenstein. “Not to be Pearl Jam, but to be a band that had a nice string of hits on which a career could be based but you could still walk down the streets. That’s the career I would like to have imagined, just below household-name level.”

As it turned out, Eisenstein and Hanley, both 53, have had considerable post-Cleo success.

Eisenstein says he does “about 10 different things that are music-related that somehow end up to being a career.” He has been a sideman in other bands, co-owns a recording studio, produces and mixes music, teaches guitar lessons, plays in a jazz trio and writes songs for TV shows. This year, he enrolled in a master’s program at California State University, studying composition and orchestration. He is engaged to makeup artist Tamah Krinsky. 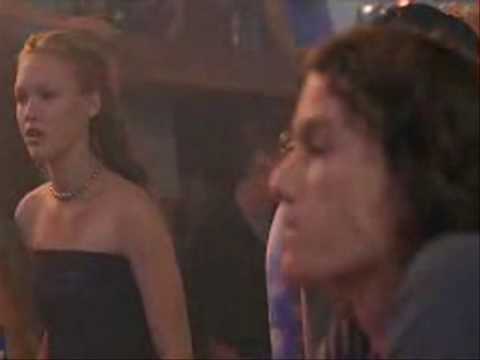 Hanley toured and sang backup with Miley Cyrus when she was “Hannah Montana.” Now, she says, “I write songs for cartoons all day, every day. That’s the short story.” She wrote roughly 300 songs for “Doc McStuffins” as well as tunes for “DC Super Hero Girls” and “Ada Twist, Scientist.” Hanley and her songwriting partner of nearly 20 years, Michelle Lewis, have an animated television show in development at Disney. They also co-helm Songwriters of North America, which Hanley describes as “an advocacy group to protect the value of songs and songwriters. We started it in 2015 in response to abysmal rates paid to songwriters through the streaming platforms.”

And, not incidentally, she says, “I got sober in 2011, so I just celebrated my tenth year of sobriety this year.” In late October, she married audio engineer Clay James.

Early on, Hanley says, drinking helped Hanley shed her inhibitions. Well, that, “and being from Dorchester and a loudmouth,” she adds. “But I think of myself as being extremely inhibited in a lot of ways. I’m not a fearless performer at all, and alcohol absolutely helped free me of a lot of things that held me back socially.”

But it turned into a millstone. “I think some of the differences [between sobriety and the days of substance abuse] are extremely obvious,” she says. “And some are more subtle.”

During the ‘90s, Eisenstein says, Hanley’s lyrics came “very much from a Michael Stipe or Cocteau Twins area where [she thought] ‘I’m going to make it a puzzle, something for you to unlock and they might end up meaning something to you that it doesn’t mean to me, but I’m going to go with the imagery and even lead you astray about what I’m really feeling.’”

Sobriety, Hanley says, has helped her write more directly, the first song being “Back to Nebraska,” a collaborative effort with Eisenstein about a friend, Michelle Grubbs, she met in sober living who died from cancer in 2015. “I learned to show up for other people,” Hanley says, “and had the great honor of spending the last year of her life with her and was determined to write a song about it.”

As to gigs at Paradise, Eisenstein says, “What I get from it really is a chance to connect to music that’s been a huge part of my life and is still important to a lot of people, which is really a great feeling.”

“It’s always about coming home,” adds Hanley. “It’s really important. Like many things with Cleo, we love our routines.”