Relaxed mandates. Optional masks. With COVID-19 statistics plummeting, many of the region’s spring film festivals will gather in person for the first time since 2019. In planning Wicked Queer’s 38th edition for the month of “Gaypril,” for example, executive director Shawn Cotter says the leadership wanted to “push to get back into the theaters.” Yet, he adds, “I am hoping folks are ready.” COVID has taught film festivals a thing or two about contingency plans. While Boston Underground Film Festival goes all-in on in-person at the Brattle, the Boston Turkish Film Festival will stay remote. Several listed below, including Wicked Queer, retain a mixture of theatrical and streaming events.

When: March 23-27
Where: Brattle Theatre
Highlights: As New England’s premiere genre festival, BUFF promises “all killer, no filler” and to “keep things a little weird in a city desperately in need of weirdness.” For just a smidge weird, check out the documentary “Freakscene: The Story of Dinosaur Jr.” Crank it up a notch with Gaspar Noé times two (“Vortex” and “Lux Æterna,” the latter with Charlotte Gainsbourg, of course). Then let all the weird break loose, meaning mutant cockroaches, with a 2K restoration of the 1988 New England-set infestation story “The Nest.” Filming required something like 2,000 genetically engineered bugs. Witches abound this year (“Lux Æterna” and “You Won’t be Alone” with Noomi Rapace) and girl gangs, too (“Medusa” and “Honeycomb”). Though for originality, you might opt for the Afro-futurist musical “Neptune Frost.”
Need to Know: Find a local filmmaker to follow among the 17 shorts playing the Weird Local Film Fest Showcase. 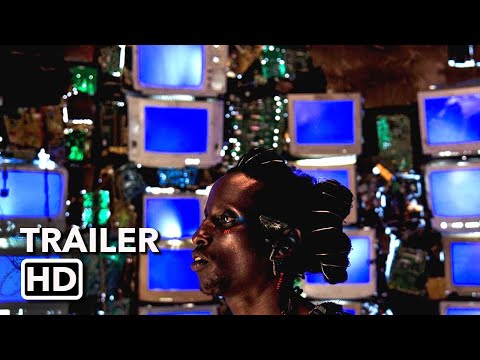 Where: Streaming online and at Cinema Salem, Peabody Essex Museum, The Cabot and Endicott College

Highlights: One of the best all-documentary showcases in New England, Salem Film Fest encompasses local and global storytelling. This fest’s in-person events and screenings (slated for March 24-27, with virtual March 28-April 3) mark a return to Cinema Salem for the first time since 2019. The independent movie theater in the heart of Salem closed before the pandemic and reopened to new owners in June 2020. As for features, “One Pint at a Time” examines the role of Black-owned breweries in the craft beer movement while “My So-Called Selfish Life” tackles the stigma of saying no to motherhood. “Fiddler’s Journey to the Big Screen” commemorates the 50th anniversary of the play-turned-movie, which has drawn attention for its connections to the current war on Ukraine, and a large swath of titles pick up themes of water, ice and the impact of climate change (“River,” “Hell or Clean Water,” “Exposure,” “Last of the Right Whales” and others). The program includes shorts as well as showcases of work by Massachusetts college and high school students.
Need to Know: The only film festival where one can watch a tremendous documentary, get a set of custom fangs, pay homage to the Satanic Temple, and snack at one of the North Shore’s best bakeries all in one afternoon. (Yes, I am partial, practically local, and haven’t even mentioned beer. Make that a Salem-specific beer.) 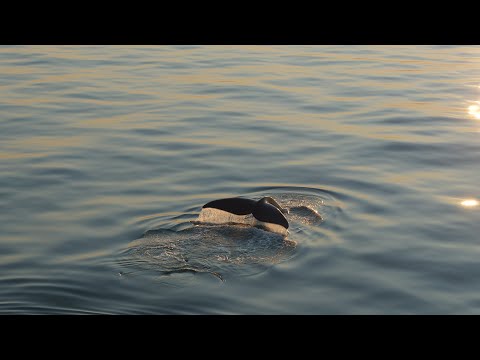 When: March 24-30
Where: Streaming online and at West Newton Cinema and Coolidge Corner Theatre
Highlights: Earlier this year, Boston Jewish Film, which oversees this festival, named filmmaker Lisa Gossels as its new artistic director. Gossels will moderate a handful of in-person and virtual events as part of the fourth annual showcase of contemporary film and TV from Israel. The festival opens with “Dead Sea Guardians” in which three environmental activists (an Israeli, Jordanian and Palestinian) plan an ambitious swim to alert others to the region’s pending ecological doom. In the documentary “That Orchestra with the Broken Instruments,” 100 very different musicians unite for a performance in Jerusalem. Tom Cohen, credited with inventing a new musical language and one of the film’s subjects, will join the film’s director Yuval Hameiri for a live conversation with Gossels. In the closing night drama “Let it Be Morning” (in-person at the Coolidge with director Eran Kolirin), a village bends under the pressure of an unexpected military lockdown.
Need to Know: Water levels in the Dead Sea have been declining since the 1960s and experts started tracking dangerous sink holes in the 1980s. Last October, photographer Spencer Tunick organized a shoot where hundreds of people stood nude alongside the Dead Sea to protest its degradation, a follow-up to a shoot 10 years prior. 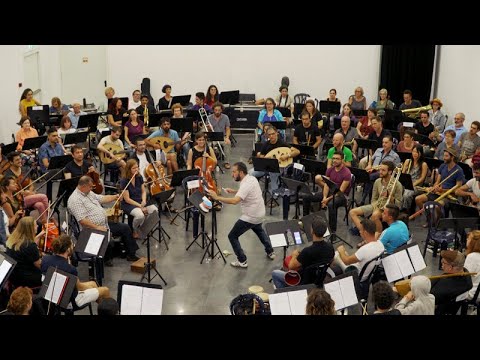 When: March 25-May 16
Where: Streaming online and at Watertown’s Majestic 7 and West Newton Cinema
Highlights: After taking 2020 off, this series celebrates its 20th annual with a mixture of in-person and streaming titles. The French language turns up in nearly all of this year’s eight selections, many of which debuted at Cannes or Venice in 2021, such as “Zero F**ks Given” the movie, which has nothing to do with Kevin Hart. Rather, it’s about a young flight attendant (Adèle Exarchopoulos) stuck over-performing with zero attachment to the result. It calls to mind the loopy absurdity of "Palm Springs,” capitalistic traps in “Sorry to Bother You” with the poignant undertow of “Fleabag.” In “Bootleg,” a woman from northern Quebec returns home to a tense conflict over the sale of alcohol. Even the Polish film “Silent Land” takes its cues from France, where a “perfect” couple gets their comeuppance with echoes of “Force Majeure.” A moderated Zoom discussion follows all films.
Need to Know: For two years running, half of this series’ films were directed by women; last year, three of the eight were submitted by their respective country for Academy Award consideration. 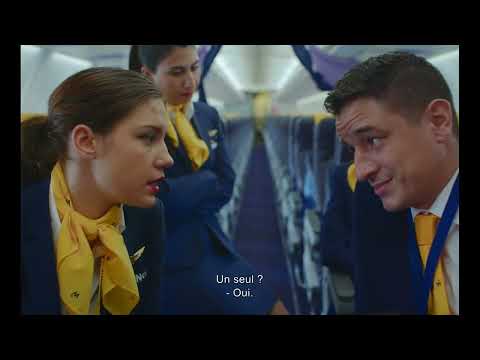 When: April 7-17
Where: Online and at Brattle Theatre, Emerson’s Paramount Center, and ICA Boston
Highlights: Boston’s preeminent showcase of films about the lesbian, gay, bisexual, trans, queer (and more) experience announces its full slate mid-March. But executive director Shawn Cotter offered a few teasers, including two titles from Sundance (“Framing Agnes” and “Sirens”), a filmed avant-garde opera (“ORFEAS2021,” about the first gay prime minister of Greece, or “cyberpunk queer pirates against rainbow homo-capitalist normies”), and the Icelandic buddy film “Cop Secret.” This year, Cotter discovered an abundance of “trans stories both within and outside the community as well as female coming of age films.” “My Emptiness and I” encapsulates both themes and director Adrián Silvestre will attend in person. “Gone are the days where we should be begging for representational scraps,” says Cotter, who remains optimistic about the uptick in “women, BIPOC, trans folks and queers behind the scenes and in front of the camera.” Their images and stories “should inform the culture for years to come.”
Need to Know: Cotter lists "Funeral Parade of Roses" as his favorite LGBTQ+ movie.

When: April 15-28
Where: Streaming online
Highlights: Awardees from the Turkish festival’s documentary and short film competition held in December play this 21st edition as well as newly added feature films. At least three from the competition are must-sees: the unexpectedly poignant observational documentary “All In,” about two young men who take seasonal work at a Turkish resort that hosts many Russian guests, and two fictional shorts that likewise walk toward the cliff of adulthood, but with women in the lead. In “Climate Change,” a woman absorbs the cultural shift of moving to London for graduate school, and in “The Great Istanbul Depression,” two sisters languish in indecision though their father wants them to move out and on with their lives. Festival director Erkut Gömülü notes that uniquely this year, “all feature films are debut films by a new generation of filmmakers.” He points to “Patrida,” a story about the trials of forced immigration through the lens of a father-daughter relationship. Co-directors Ayça Damgaci and Tumay Goktepe will participate in a Zoom Q&A.
Need to Know: The mentioned titles make resonant companions to “The Worst Person In the World,” one of 2021’s best films (and up for two Academy Awards), another compelling take on navigating the uncertainties of young adulthood.

When: April 27-May 4
Where: The Somerville Theatre, Brattle Theatre, and other venues TBA
Highlights: Planned to take place in real life for the first time since 2019, the full announcement of accepted films will not go live until April. Until then, filmmakers from all over the U.S., and some Bostonians, patiently wait for a green light from the region’s favorite independent film festival. Meanwhile, a contingent of superfans wonder: Who will get Somerville’s big screen in theater one? What madness or joy will I see with a packed house downstairs? Will anyone recognize me after two years? Do I want to be recognized? (Asking for a friend.) And, of course: What should I wear?
Need to Know: It takes more than 200 volunteers to power this festival in person.