It was an unseasonably warm Sunday evening in December of 2006 when I smoked a cigarette with David Lynch. We were at a fundraiser for the Brattle Film Foundation, a pricey, pre-screening reception for the local premiere of Lynch’s “Inland Empire” at some neon-lit nightclub full of luxurious couches I’d never been to before or since. When I stepped outside, there he was, running his hand through his trademark tousled pompadour, as always, with an ever-present lung dart dangling from his lips. We did that head nod thing that smokers do when they’re strangers standing outside somewhere, acknowledging the other’s existence without making an imposition out of it. I suppose I could have told him how seeing “Blue Velvet” and “Twin Peaks” when I was way too young to be watching them blew open the doors in my brain, totally rewiring my budding understanding of what filmed art could be. But I figured he’d been hearing that kind of thing all night and the poor guy probably just wanted to smoke a butt in peace. Besides, he’d just been spotted by a phalanx of fans who were about to swarm and say the same stuff.

I’d been counting the days leading up to this event like a little kid waiting for Christmas. Lynch had made “Inland Empire” entirely independently, shooting it with his old friend and new neighbor Laura Dern on an off-the-rack camcorder. Even after the movie had melted critics’ minds at the New York Film Festival, no American distributor was willing to touch the 180-minute experimental opus with a 10-foot pole. So Lynch was releasing the film to theaters himself, stopping by to set the volume at appropriately assaultive levels and sometimes appearing for Q&As during which, in his folksy, avuncular fashion, he happily refused to offer any answers about what the hell it was everyone had just watched. I was so excited I could barely sit still during the director’s characteristically off-kilter introduction — an improvisational solo by a viola player he’d asked to be brought in for the occasion. 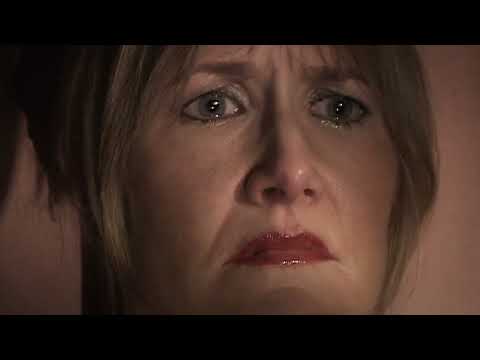 Then “Inland Empire” began. And I hated it. I mean, I really hated it. I hated this movie so much it became a running joke among my friends (one of whom recently reminded me that at the time I wrote that it “looks like it was photographed inside of a toilet”). I rejected the film like I was having a case of food poisoning, viscerally recoiling from the deliberately ghastly, degraded videography and destabilizing narrative leaps. I didn’t even want to talk about it, simply telling folks that “David Lynch and I are seeing other people,” and I wouldn’t entertain the idea of sitting through the movie again for over a decade.

Meanwhile, “Inland Empire” became one of the Brattle’s biggest hits, and it’s back again this week in a new 4K restoration overseen by the director himself. (The idea of a 4K restoration of a movie that intentionally looks awful is both terribly amusing and classically Lynchian.) Looking at it again, a good many years down the road, I’m relieved to report that I don’t hate “Inland Empire” anymore. I mean, it’s still an arduously long and insanely unpleasant experience, but I’m willing to concede that there’s a challenge there I was unwilling to meet upon its initial release. When an artist’s work means the world to you, it’s easy to get possessive about what they should or shouldn’t be doing. I had very clear, preconceived expectations about what I thought a David Lynch movie should be — or heck, even what I thought “a movie” should be in general — and with “Inland Empire” he had no interest in living up to any of them.

The film started out as a 14-page monologue he wrote for Dern, something Lynch figured he’d put up on his now-defunct website, which at the time was full of short films and other odds and ends. But then he had an idea for another scene. Then another. Eventually, there was a movie. “Inland Empire” was shot piecemeal without a completed script, he and his leading lady following their muses wherever they might lead without question, an exercise Lynch described in his book, “Catching the Big Fish: Meditation, Consciousness and Creativity” as one of complete and exhilarating artistic freedom.

To the best that I can put it together, Dern stars as a beloved Hollywood actress hired for a soapy, Southern-fried melodrama called “On High in Blue Tomorrows,” cast opposite a notorious lothario of a leading man (Justin Theroux) under the tutelage of a slightly shifty director played by Jeremy Irons. Ominous warnings arise from Lynch stock company regulars Grace Zabriskie and Harry Dean Stanton, whispering that the film is actually a remake of a cursed Polish production that was never finished after the leads were murdered. But almost instantly the boundaries are already being blurred between the movie we’re watching and the movie being made, and after an imperceptible rupture in reality there are at least four distinctly different characters being played by Dern — all abused women, in some way or another — their separate storylines reflecting and bleeding into each other, sometimes within the space of a single scene.

You’re not supposed to follow the movie so much as let it wash over you, wallowing in the atmosphere of exquisite unease. Lynch’s films vibrate on a frequency of intense dread, one that’s often counterbalanced by equally intense expressions of innocence, purity and love that would seem laughably corny if they weren’t so hard-won. “Inland Empire” is strictly the scary stuff, his most heartless, hopeless movie. (And perhaps tellingly, to date his last.) Most Lynch pictures feature a structuring crime story that works like a clothesline on which he can hang his surreal digressions and oddball interludes. “Inland Empire” has no such conventional plot mechanics, unspooling instead with the violent anti-logic of a nightmare. I distinctly remember that our screening had started quite late, and I hadn’t clocked what time exactly. Looking at my watch I realized that I had no sense of whether the movie was going to end in five minutes or an hour from now. There are no markers or map. You’re on your own.

It's all too-close close-ups with smeared colors, cruddy lighting and focus slips. Lynch knows there’s no way for a consumer model camcorder to replicate the sumptuousness of celluloid, so he leans into the format’s deficiencies instead. It’s a baroquely ugly film, using wide-angle lenses to exaggerate the most unflattering aspects of these performers’ faces into a cavalcade of grotesques. Dern’s performance goes beyond brave into the realm of the superheroic, somehow sussing out a throughline in all four (or more) of these different personae. To the extent that “Inland Empire” feels at all coherent, it’s because of how emotionally accessible she remains in the midst of all the visual clutter and a soundtrack that’s trying to hurt you.

I was incredibly hostile to this entire approach. (Comically so, depending on who you ask.) But as a critic, my job is interrogating my reaction to a piece of art. It’s not enough to tell you how movies make me feel, I’m supposed to figure out why they make me feel that way. My belated epiphany regarding “Inland Empire” came a few years ago, while watching an execrable 2010 documentary called “The People vs. George Lucas.” It’s an entire movie of grown men grousing about how betrayed they felt by the “Star Wars” prequels and special editions, interviewing folks like a guy who wrote a book called “Jar Jar Binks Must Die,” complaining for 93 minutes that George Lucas didn’t make the movies they wanted him to make. Wait, was I being the annoying arthouse version of these guys?

When you’re passionate about a body of work, it’s easy to forget sometimes that artists don’t owe you anything. If they’re lucky enough to keep doing what they do, they’ll inevitably move through different phases and periods of their careers, some more to your liking than others. You can be an adult about this and try to meet the work halfway, or throw a temper tantrum like me and the "Star Wars" guys did. Things also tend to look different in context over time. Watching "Inland Empire" now, it's easy to see its stripped-down, lo-fi production and exploratory, experimental noodling as the solo acoustic album Lynch had to do before getting the band back together for “Twin Peaks: The Return.”

“Inland Empire” screens at the Brattle Theatre from Friday, May 6 through Thursday, May 12.