Hordes of festival fans will descend on Harvard's athletic fields this weekend for Boston Calling, which has been postponed for the past two years. Some big-name, rock giants are headlining — Nine Inch Nails, The Strokes and Metallica — but a dozen regional and local acts will also be performing on their own, new stage.

Some are young and emerging, but others represent an old school generation of Boston musicians who can't stop rocking. Linda Pardee is one of them, and she joked that sometimes she can't remember her age.

Pardee picked up the bass as a 1980s high schooler in Malden. She was inspired by English mod bands, punk and rock groups including The Jam, Stiff Little Fingers, Blondie and Chrissie Hynde.

“The Pretenders were really big, and I loved the way that she sang,” she said. You can hear that love in Pardee's trio, The Chelsea Curve. She brought it together in 2019, but since the '80s, she's jammed with a slew of local bands including her first, Miles Dethmuffin (later called Permafrost).

“I played in a band called Orbit. I played a little stint with the 360's, hopped aboard Helicopter Helicopter for a few shows, just a bunch of bands,” Pardee said running down a partial list. “I've been really lucky to play with lots of great people over the years.”

Including The Chelsea Curve's guitarist Tim Gillis in the punk band Frigate. Now, along with seasoned drummer Ron Belanger, they're creating a retro, power pop sound (and look) that harkens back to Boston's clubs and pubs of yore.

Pardee landed on the band's name while listening to a traffic report on the radio.

“The Chelsea Curve is a part of the roadway in Chelsea, which I didn't know. I had never heard that before,” she said. “And I thought it sounds really cool. Kind of British. And so I thought maybe I should name my band that.”

The Chelsea Curve started gaining momentum in early 2020 on a tour with other female-fronted New England bands called Whistlestop. Then the pandemic hit, and the music scene screeched to a halt.

Without being able to play live, Pardee's band started releasing one new song a month with help from fellow longtime rocker Justine Covault's independent label, Red on Red Records. “We called it The Chelsea Curve Singles Scene, and it was a way of maybe keeping in people's faces,” she said.

Pardee also invited friends to play their favorite cover tunes in her garage and she posted the videos on Facebook.

Eventually, venues started reopening and The Chelsea Curve returned to doing what they really love. I saw them perform a few months ago at the Notch Brewery in Brighton, and experiencing Pardee's unrestrained, live performance is pretty different than speaking with her during an interview. “I'm kind of like Bat Girl. I'm like shy librarian by day," she said, "and then who knows what happens to me when I get on stage and just rock out.”

Pardee said her lyrics capture that duality with lots of contrasts like love and hate, bravery and fear. There's also humor, like in the song “Drag,” which is about an octopus.

“I read some article about how an octopus will just punch out a fish for no reason. Just for the hell of it,” Pardee said when she shared the song's backstory. “That was crazy to me.”

A snippet of the lyrics: "I am an eternal optimist/ Something like a freak and love octopus/ Eight arms to hold you/ Enough to knock you out." 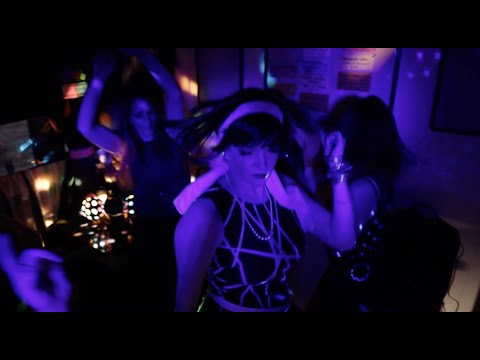 The Chelsea Curve finally released their debut album this past March. It's called “All The Things,” which is fitting. The band is gigging again, just played in London where they were welcomed with open arms, and now this weekend at Boston Calling.

“That Boston has a festival of this magnitude is just mind-blowing, and for us to be part of it, I couldn't be prouder,” Pardee said. “There are so many great bands in Boston, so to be selected is just quite an honor — it's killing me.”

Pardee and her two bandmates will be sharing the stage with a lot of younger, emerging artists from all different genres. She feels honored to connect with the present while channeling the past.

“We sort of have our own piece of Boston sound,” she said. “So we're happy to represent in that way and to keep it going.”

The Chelsea Curve takes the Tivoli Audio Orange Stage at Boston Calling on Friday at 2:55 p.m.