It’s 51 minutes into Jonathan Demme’s 1986 “Something Wild” when Ray Liotta makes his entrance and knocks the entire film off its axis. Goofball lovers Jeff Daniels and Melanie Griffith have been giddily cutting a rug at the latter’s high school reunion when Liotta, playing her ex-con ex-boyfriend (and I guess technically still her husband) dances into frame and all the house lights dim, as if the movie itself is cowering from his malevolent energy. The Feelies’ churning, sinister “Loveless Love” replaces the kitschy cover songs on the soundtrack as Griffith’s face goes ashen — I don’t think she smiles again until the last shot of the picture. Daniels is a lot slower on the uptake, taken in by Liotta’s backslapping, aggressively over-friendly palling around with no idea how much danger he’s in until it’s too late. (Their scenes together are like watching a jungle predator play with its food.) This genial, sexy comedy has suddenly become incredibly scary, the following hour’s nerve-racking, seasick sensations almost entirely attributable to this up-and-coming young actor with the too-loud laugh and terrifying eyes. It was only Liotta’s second movie role and remains one of the great, star-making turns.

Ray Liotta died May 26 at the age of 67, shocking film fans who had perhaps come to take for granted his volatile, livewire presence. As a tribute, the Brattle Theatre is screening a 35mm print of “Something Wild” this Wednesday, June 15. It’s a fitting choice, as I can still remember exactly where I was sitting in the Brattle balcony when I saw “Something Wild” for the first time in high school, on the back half of a double bill with David Lynch’s “Wild at Heart.” My friends and I were all already Liotta fans from “Goodfellas,” but not even his sterling work in the Scorsese film prepared us for the electricity of his Ray Sinclair in Demme’s traumatic screwball farce. Liotta was a wonderfully disruptive onscreen force, bringing an edge and effortless authenticity to projects that weren’t always worthy of his presence. (One of the few films I’ve ever walked out on was his attempt at headlining a Disney family film, the Vietnam-set comedy “Operation Dumbo Drop.”) 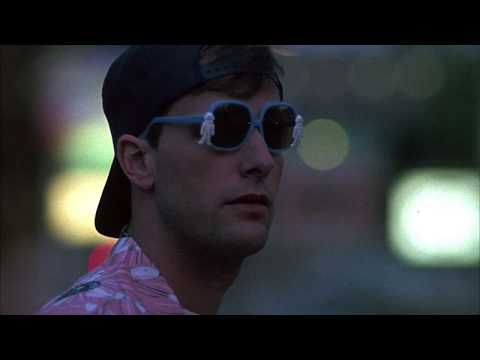 In 2013, I interviewed Derek Cianfrance for Philadelphia Weekly, director of the portentous bank robber saga “The Place Beyond the Pines,” a picture constipated by its grandiloquent ambitions but enlivened by a too-brief Liotta appearance as a crooked cop. The filmmaker told me, “I feel like Ray Liotta is a national treasure. Someday they’ll carve his face into a mountaintop. He’s a beautiful, gentle, amazing soul but he’s got a real edge to him. Ray is like a human knife. If he was in this room, our center would be off. I invited him over for dinner, introduced him to my family, and within 30 seconds, my 4-year-old was crying. I thought, ‘Man, I can’t wait to see what he does to Bradley Cooper.’”

Magnetic but not conventionally handsome, Liotta’s beady eyes and rough skin made him a tough sell as a Hollywood leading man. Studio executives famously wanted Tom Cruise and Madonna instead of Liotta and Lorraine Bracco in “Goodfellas,” a film that’s frankly impossible to imagine without the actor’s sly, sardonic narration confiding in us like we’re having a beer and watching a ballgame with an old pal. His Henry Hill is a violent, amoral dirtbag and we can’t help but enjoy spending time with him. (The real-life Hill, who parlayed his notoriety from the film into minor celebrity status after being kicked out of the witness protection program was, putting it bluntly, not a person one would want to watch a two-and-a-half-hour movie about.) Joe Pesci and Robert De Niro have the showier, scarier roles but it’s Liotta who invites the audience into a conspiratorial relationship. I feel like one reason his death hit film fans so hard was because if you watch “Goodfellas” enough times — and it’s one of those movies you really can’t watch enough times — he starts to feel like one of your buddies. (Albeit, a buddy who pistol-whips people when they get out of line.)

Liotta’s career had been on an upswing as of late, finally getting the grizzled character actor parts for which he’d been best suited all along. He slid easily into supporting turns in rotgut crime pictures like the George V. Higgins adaptation “Killing Them Softly” and Steven Soderbergh’s “No Sudden Move,” and if Noah Baumbach’s “Marriage Story” wasn’t a film noir, Liotta treated it as if it were, playing Adam Driver’s cut-throat attorney like a hired hitman ready to whack somebody in court. His last great role was actually a twofer, playing twins in David Chase’s unfairly maligned “Sopranos” prequel, “The Many Saints of Newark,” which divided audiences as bitterly as the show’s still-controversial series finale. Playing both a boorish, oversexed brute and a pensive, philosophical prisoner, he got a chance to show off his formidable range as two characters who couldn’t possibly be more different, yet were both still somehow, unmistakably Ray Liotta. That’s what a star does.

"Something Wild" screens at the Brattle Theatre on Wednesday, June 15.