When funk guitarist Cory Wong and straight-ahead pianist Emmet Cohen take the stage at the Newport Jazz Festival with their respective bands, they’ll finally be playing live to fans they gained during the pandemic. While many jazz artists offered some kind of lockdown stream, both Wong and Cohen stood out by creating ambitious online series built around their music.

The Minneapolis-based Wong, who performs Saturday (July 30) at Newport with both his Wongnotes and with The Fearless Flyers, was in college during the dawn of YouTube and noticed that he and his friends were learning about their favorite bands by watching videos. “It checked this sort of primitive box in the human mind where actually seeing something made it more compelling,” he says. Vulfpeck, a band Wong has long been affiliated with, started as a YouTube channel. “Then we realized we had to be a real live band,” he laughs. (Wong is the namesake of a Vulfpeck song that has been streamed millions of times.)

As popular as jazz-fusion bands like Snarky Puppy and Dirty Loops may have been online, their videos were often just footage of the musicians playing. In early 2021, Wong, long a fan of late-night chat shows and sketch comedy, released an online variety series, Cory and the Wongnotes, built around his band and their collaborators. A typical show includes comedy bits, live performances, and interviews, each built around a theme that explores a part of the creative process like “collaboration” or “gear.” 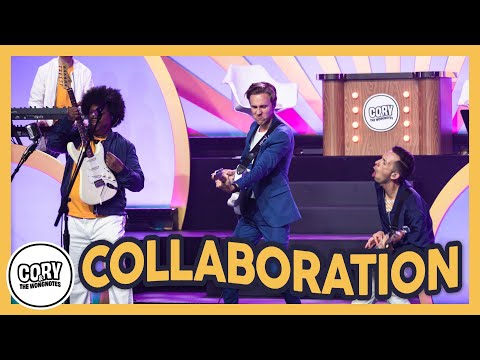 With its colorful set, 11-piece band and tight editing, “Cory and the Wongnotes” looks a lot more expensively produced than the typical camera-in-the-studio music video. And Wong confirms that it is. “I had this idea for a variety show for years but never had the vision or resources to make it happen, and finally I said screw it, I’m going to reinvest what I’ve made into my own projects, because I can and because it sounds like it would be fun. People think I must have some kind of trust fund to pay for it, but the reality is that there’s a middle ground between a starving artist and a rich and famous one. I make a fairly good living with some successful bands, and I save and live modestly, and just like with any other business I can reinvest in my product — which is also my art.”

Wong says the variety format shows his fans “a side of who I am that doesn’t necessarily come across through instrumental music. There’s only so much of my personality and sense of humor that I can put out there through my guitar.”

Emmet Cohen, who performs at Newport on Sunday (July 31), is another master instrumentalist who also happens to be charming and personable. Like all musicians, he saw his tour schedule vanish in March 2020. “We had been booked to play for a promoter named Derek Kwan in Lawrence, Kansas, and he said if we could set up a livestream he’d pay us our fee,” recalls Cohen. Since his core rhythm section of bassist Russell Hall and drummer Kyle Poole all live within a few blocks of each other in Harlem, they got together at Cohen’s apartment. “Live From Emmet’s Place” was an instant hit.

“We learned during the pandemic that the purpose of music is to inspire and heal and bring people together and unite them. People everywhere want compassion and justice, and music can represent that. And it’s right in the tradition of the Harlem rent parties of the 1920s,” adds Cohen, who like Wong asks viewers of the free webcasts to make donations to help support the musicians who appear. Cohen extended the 1920s Harlem theme to the music on his last album, “Future Stride.” 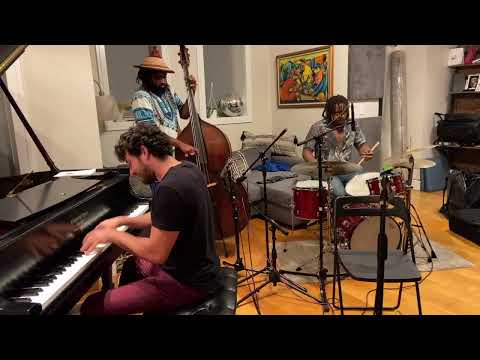 After a dozen Monday night episodes in which the trio never repeated a song, Cohen started inviting guest musicians. “I used to run a jam session at a club called Smoke, and this is really an extension of that, where we’re creating a sense of community. It’s entirely informal. We’re in my home, we’re not wearing shoes, and just having musicians to come hang out with us.”

Jazz legends like 87-year-old saxophonist Houston Person and 93-year-old singer Sheila Jordan climbed up to Cohen’s fifth floor walkup to appear. Cohen also points out that “we’ve had musicians 10 years younger than me, so it extends in both directions. We’ve really brought people into the music who didn’t know they needed or loved jazz before. [Drummer] Joe Farnsworth just told me that he did five weeks in Europe and at every gig someone came up and said they’d seen him on ‘Emmet’s Place.’ So it’s been a good way to expand the audience not just for us, but for so many other musicians.”

Both Wong and Cohen are continuing their online series even as they return to the road. The second season of Cory and the Wongnotes is now underway, with each episode representing a track on Wong’s recent LP “Power Station.” The album is heavy on special guests ranging from funksters Chromeo to bluegrass pickers Béla Fleck, Billy Strings and Sierra Hull — each of whom are featured in an episode. And “Emmet’s Place” just aired its 95th episode and has spawned a jazz education spinoff.

Both Wong and Cohen say their online popularity has yielded not just increased audiences but also a deeper connection with their listeners. “Now people feel like they know us, because we’ve been a part of their lives,” says Cohen.