Music is a continuum.

So says Mwalim DaPhunkee Professor (Morgan James Peters). That makes sense if the adage "there's nothing new under the sun" is true. In music, classic tunes get sampled by younger artists, the old — through slowed down or sped up melodies, the use of specific equipment, dance moves and more — influences the new and vice versa.

Mwalim, vocalist and pianist for The GroovaLottos -- a Grammy-nominated soul-funk and Afrobeats jam band — and his son and group member, The ZYG 808 (aka Morgan James Peters II), have engaged in conversations about such musical confluence, its history and its constant evolution. The two have found common ground, thus strengthening their musical rapport.

This ongoing discussion has morphed into a theater piece, "Bronx Jazz," which centers on "hip-hop, jazz and oral tradition from the souls of Black folks," that will be performed at New Repertory Theatre. The show is part of a two-day series called "Saturday Stories/Sunday Celebrations" featuring the GroovaLottos on Oct. 1 and Oct. 2. The Sunday “Bronx Jazz” show also features Abilities Dance Boston whose vision is to "disrupt antiquated ableist beliefs and disseminate the value of intersectional disability rights through dance and art overall."

Lois Roach, New Rep's resident managing producer and director, explains that the "Saturday Stories/Sunday Celebrations" is like “a mini-residency.” Roach, also a playwright, says that experiencing the pandemic pushed her "to find ways and spaces to create joy."

The GroovaLottos and Abilities Dance Boston pairing also aligns with Roach's desire to highlight voices of the historically unrepresented and local creatives. She says there are "So many hidden treasures [artists]… that's the magic that’s in this town."

The GroovaLottos' Saturday offering "Straight Outta Mama's Hamper" — titled after the group’s album released in April 2022 -- aims to recreate the "best of a summer Saturday in the life of a 1970s Black American family from morning cartoons to Soul Train afternoons and family cookouts that go till dawn." Both events, initially scheduled in July and postponed due to construction, will take place at the Mosesian Center for the Arts in Watertown.

Roach is one of the resident directors at New Rep, along with Maria Hendricks and Michael Hisamoto, in a collaborative leadership model. They work with the board of directors to run the theater since its reopening in April. New Rep suspended productions for eight months during the pandemic. During that time the theater worked to develop its renewal vision and plan for the future. Expenses were drastically reduced, and federal grants and individual donors helped the relaunch effort. Since re-emerging, the theater leaned into presenting new (and existing) work that includes theater, dance and storytelling events, often focusing on local artists, like with the upcoming shows from The GroovaLottos.

At the band's performances, audiences can expect to learn from and jam with the Cape Cod-based group that roots its music-making in respect, tradition and knowledge. The "Bronx Jazz" piece exemplifies that.

To create this work, Mwalim, a tenured professor at the University of Massachusetts Dartmouth, drafted an outline from the organic conversations he and his son had. "The unromantic side of being an academic is that you learn how to outline really quickly," he says. 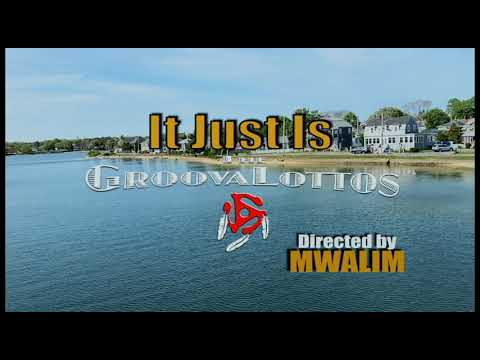 For instance, his son — a drummer, self-dubbed soul poet, DJ, MC and host of the streaming show "The Thump & Soul Clap" — and his cousin played some artists for him. They were trying, Mwalim says, to school him in hip-hop. His son says a couple of the artists he played were Hopsin and Lil Tracy.

Mwalim told his son of Lil Tracy, "Oh, I was listening to his dad [Ishmael Butler] in college, and then I whipped out Digable Planets."

That experience, Mwalim says, sparked an honest "dialogue about listening to each other's music."

Their bonding over listening to generations of hip-hop helps anchor the show and will consist of music they made themselves for copyright reasons.

The GroovaLottos want showgoers to have fun and party at the show, but ultimately Mwalim aspires to "work our way into your alpha state [relaxed and peaceful] musically and awaken that king of feeling…that kind of consciousness."

That, he says, "is what rides under our work."

The GroovaLottos will perform Oct. 1-2 at New Repertory Theatre’s Mosesian Center for the Arts in Watertown.