Most basketball players and fans believe in the hot hand, but in the cold, hard world of statistical analysis the idea has long been dismissed. Now, a new study claims to have uncovered proof that the hot hand is real.

How The "Hot Hand" Was First Debunked

For players and fans, the hot hand is a mystical tenet of the basketball faith. The idea is this: when players make a couple of shots in a row they can get hot and when they do – look out – because that next shot’s going in for sure. But in 1985, three researchers from Cornell and Stanford universities – led by Thomas Gilovich — studied shooting by NBA and college players. They also considered people’s common misperceptions about chance. The conclusion? The hot hand is a myth.

"When you make two or three in a row and then you have a 'heat-check,' if that goes in, you got the hot hand."

Despite scientific evidence, players kept believing and the hot hand’s place in pop culture kept growing. In the mid-1990s, the arcade and video game NBA Jam made its debut and quickly became a phenomenon. In physics-defying, full-court, two-on-two action, players who get on a roll then “heat up.” Then if they score again, they’re “on fire” and literally can’t miss for a set period of time. A few years ago, EA Sports released an update called “NBA Jam: On Fire Edition.” 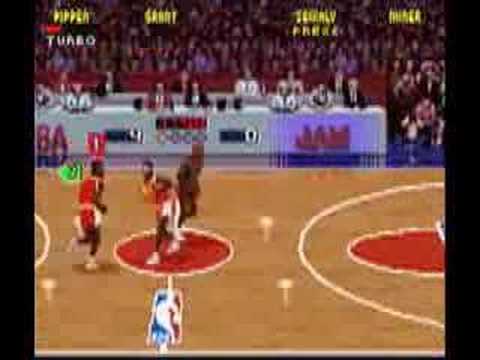 Idan Ravin is a trainer who works with NBA players including superstars LeBron James, Kobe Bryant, and newly crowned MVP Kevin Durant. Ravin just published a book about his work titled The Hoops Whisperer: On the Court and Inside the Heads of Basketball’s Best Players.

“The amazing guys, they believe that their miss is better than your make,” Ravin said. "If I missed my shot, it's not because of anything in my mechanics. Maybe because the rim is tilted. They're so incredibly confident in themselves that something else must be wrong because they missed.”

Ravin says he believes in the hot hand, but to him the process is more important than the result.

Golden State Warriors guard Stephen Curry is also one of Ravin’s clients. The All-Star has led the NBA in three-point attempts and makes for two consecutive seasons. And Curry is a big believer in the hot hand.

“Figure when you make two or three in a row, and then you have a 'heat-check,' if that goes in you got the hot hand," Curry told Only A Game. "I’ve had it plenty of times and you know when it’s going right.”

But Curry says it’s not as simple as throwing up a shot to see if you’re really hot.

“It’s a combination of you feeling good, making shots, but also you finding good shots. That’s a harder thing to do when teams know you’re feelin’ it," he said. "So, kind of a lot variables go into it, but you definitely know when all you need is just a good look at the rim and it’s going in.”

Curry’s point – that making shots makes you take tougher shots and in turn, attract tougher defense – is the thesis behind the new research done by Bocskocsky, Ezekowitz and Stein. The project began last year in their final semester at Harvard and continued long after graduation. The group studied more than 83,000 NBA shots from the 2012-13 season using data collected by SportVU – a product owned by the company Stats.

[sidebar title="Rebuilding The Sacramento Kings " width="330" align="right"]This week, the Sacramento City Council approved a plan to partially fund a new arena for the Kings. In March, Doug Tribou spoke to team owner Vivek Ranadive about his plans for the team.[/sidebar]Based on an Israeli missle-tracking system, SportVU’s cameras record the location of the ball and players throughout the game. Ezekowitz says it’s a mountain of data.

“And so what that allows us to see is where every player on the court is and where the ball is every 25th of a second,” Ezekowitz said.

Just to be clear, that’s the location of 10 players and the ball, recorded 25 times per second.

“So, on a very, very short time interval, we can know exactly what the game situation is,” Ezekowitz added.

Ezekeowitz also moonlighted as an analytics consultant for the Phoenix Suns during college. He says SportVU's in-depth player tracking data allowed the researchers to determine the level of shot difficulty.

"OK, the defender in this shot was three feet away and he was 15 degrees off the center line between you and the basket. Or he was right in your face, he was one foot away and right in between you," Ezekowitz said. "We can also marry that with the regular play-by-play to understand: Is this the fourth quarter in a tie ballgame with a minute left? Is this a high-pressure shot? Or is the fourth quarter in a blowout?"

In the end, the co-authors found that when accounting for shot difficulty and other factors, the hot hand does exist. But the heat is more candle than forest fire. When players are in the zone, their shooting percentage goes up 1.2 to 2.4 percent the next time they pull the trigger.

The group presented its work at the MIT Sloan Sports Analytics Conference in Boston in March. Carolyn Stein says the findings don’t mean the 1985 paper on the hot hand fallacy is wrong.

“It’s not black. It’s not white. It’s gray. We think it exists. Is it this huge, he-can’t-miss thing? We don’t think that’s true either.”

And whether they’re heating up or cooling off, it’ll be a cold day in a very warm place when NBA players let a few misses keep them from looking for their next chance to score.

Doug Tribou Reporter/Producer
Doug Tribou was formerly a reporter and producer at WBUR and for WBUR's Only A Game.