Do you want to host the Olympics? That will cost you. How about the World Cup? That could cost even more. The country of Qatar plans to spend $200 billion hosting that event in 2022. With the selection of Boston as the U.S. candidate to host the 2024 Summer Olympics, the benefits and risks connected with staging large sporting events are once again provoking discussion.

BL: You have written that your “cynicism about our political process” as far as it impacts bidding for the opportunity to host the Olympics has “reached an all-time high.” Why?

AZ: In February of 2013, the United States Olympic Committee sent out a letter to 50 cities around the United States inviting them to submit bids to be the U.S. selection in the international competition to host the 2024 Olympic Games. Boston didn't do very much until one day, [Massachusetts Governor] Deval Patrick said "OK, I'll go to the legislature, I'll try and scare up some money." The legislature gave him some money, and he, together with the mayor, created a commission of 11 people to look into the feasibility of hosting the Olympic Games. 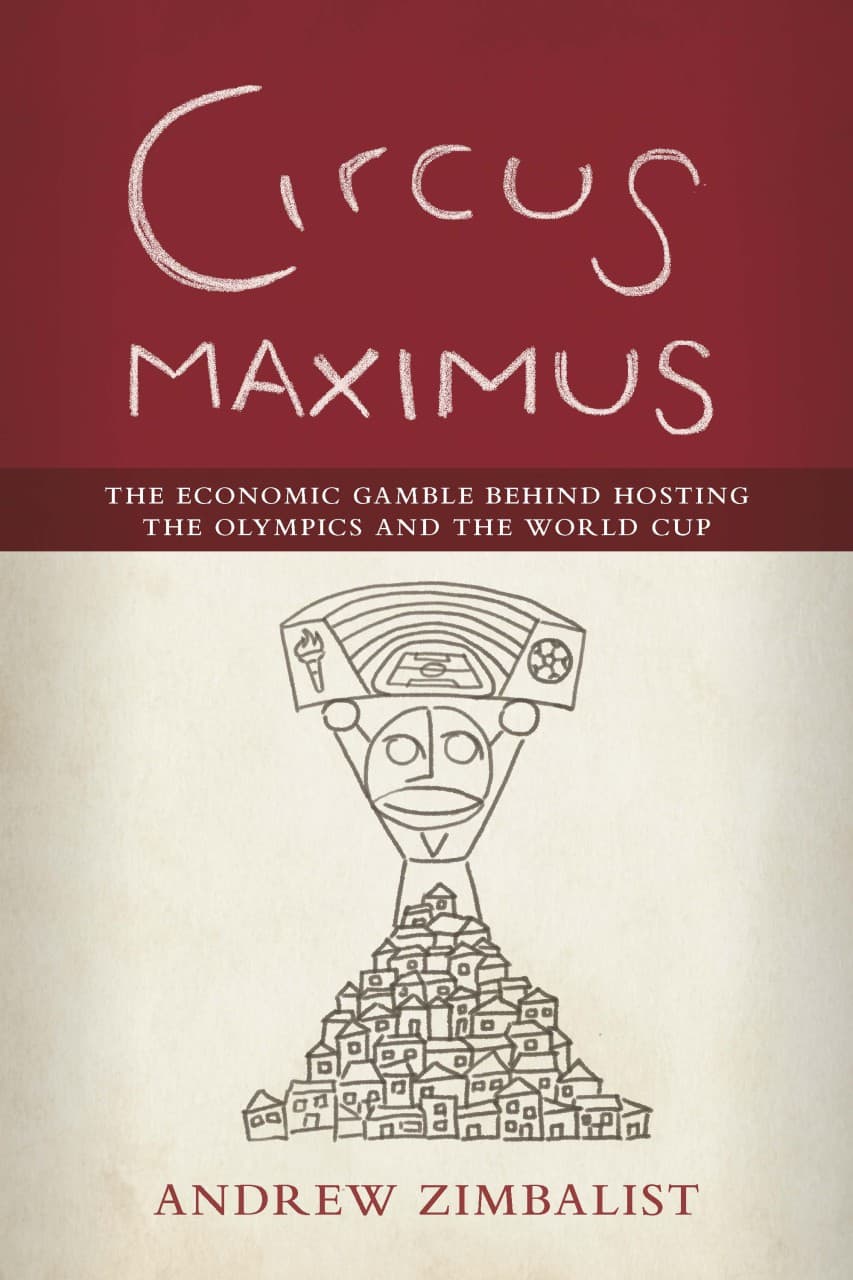 The people who were appointed to the commission came from the hospitality industry and the construction industry. And of course, the construction industry is the industry that stands most to benefit because they're going to get all the contracts. There's going to be somewhere in the neighborhood of $10-15 billion or more of construction contracts that will go to the largest construction companies. And they were the ones who were looking into the feasibility of this for Boston. At no point over the last year has there been a vote, or even a discussion, in the Boston City Council or the state legislature to say "This is great. We actually want to do this."

BL: Has the budget put together by a city bidding for the Olympics or a country bidding to host the World Cup ever turned out to accurately reflect the actual cost?

AZ: No. [Laughs] In fact, there was a study just recently completed out of Oxford University in England that went back and looked at, in this case all of the Olympics not the World Cup events, and they found that the average cost overrun for the Summer Olympics between 1976 and today was 252 percent. That's a 3.5 times increase over the initial bid. And so, Boston has to think about that because what it means is they put out an initial bid of $4 billion. You multiply that by 3.5 times, and you're up around $14 billion. And we're looking at a bill that's probably well over $14 billion, and that, of course, means taxes. Public support from Boston and from the state.

BL: The final chapter of "Circus Maximus" suggests several ways in which a system that’s corrupt and full of misleading or false promises could be reformed, and the IOC has recently approved some modest changes. Be optimistic for a moment, Andrew. Can this situation be improved?

AZ: Well, I think it can be improved. In any particular bidding year, and the bidding usually starts 11 years before the Games themselves and then it's seven years before the Games that the IOC anoints a winner, what's actually happening is you have one seller in the case of the Olympics: the IOC. You have one seller in the case of World Cup: FIFA. And you have cities, or countries, from around the world that are bidding against each other, so you have multiple buyers and one seller.

It's a monopoly situation, and the monopolist takes advantage of that. That's the fundamental structural problem. So one of the ways that it seems to me would be constructive to reform the system would be either the IOC and/or FIFA to say, "What we're going to do, is we're going to have a continental rotation so that every new Olympic Games, there'll be a continent that gets to host the games." To go after the monopoly structure and say the competition will only be within one continent for every four year period.

Folks in Boston rooting for their city to win the opportunity to host the 2024 Olympics ought to read 'Circus Maximus.' When they've finished doing so, they may still want to see the Games come to town, but at least they'll have some idea of what the consequences of winning the competition would be.

Andrew Zimbalist presents a meticulous and convincing case against the process by which the International Olympic Committee and FIFA decide where their extravaganzas will transpire. Corruption and deceit are built into that process. The only people certain to benefit when a city hosts the Games are the owners of construction companies in the area, the insurers of the work those companies do, the lawyers who work for those companies, and the public relations agencies hired to convince everybody that hosting a major sports event will change their city and their lives for the better. Those certain to get clobbered include the tax payers and those citizens unfortunate enough to live in the areas destined for renovation in the name of Olympic or World Cup redevelopment.

In some of the more flagrantly sad and stupid instances of that "redevelopment," residents of some of the favelas in Rio were forced out of their homes and "relocated" to areas distant from their communities and their jobs because FIFA needed their land for parking lots. The lots were designated for high rollers. In the crunch and confusion of delays leading up to the World Cup, the parking lots were never built.

In 'Circus Maximus,' Zimbalist points out that the waste, excesses, and corruption are not limited to countries like Brazil, where the money spent on the Games should have been used to provide such essential services as health care, schools, and public transportation. His point is that wherever the Olympics or the World Cup land, all the decisions are made by politicians and developers who know from the outset that their cost estimates are bogus. They wrap their happy promises around the contention that the presence of the Olympics or the World Cup will spur developments that will launch the host city into a new era of prosperity. There is no evidence for this. In fact, the Games and the World Cup usually leave behind debt and lots of empty facilities for which the host country has no use after the tourists have gone home.

None of this is to suggest that the World Cup and the Olympics are not entertaining spectacles, because certainly they are. But residents of cities competing to host the events should know something about the backside of that "opportunity," and reading 'Circus Maximus' will provide them with that knowledge.