This story is part of Only A Game's "Motivations Show," which looked at stories of motivation in sports.

In the 2004 movie humbly titled “Miracle,” Kurt Russell played the late Herb Brooks, the excellent motivator who prepared the U.S. men’s hockey team to beat the Soviet juggernaut at the 1980 Olympic Games.

But 35 years after that historic win, we found ourselves wondering how much of what Herb Brooks had said actually made it into Kurt Russell’s speech. There were lots of cameras at the Lake Placid Olympics, but none in the locker room before that semifinal game, so I sat down with Dave Silk, a forward on that team, and we listened together to Russell channeling Coach Brooks. 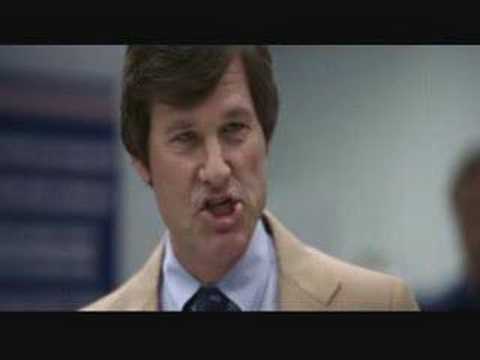 "Now, just to be entirely clear, there was no background music in the locker room that day back in 1980, right?" I asked Silk.

"Not that I can remember," he said with a laugh. "I think if I had heard it, I probably would have turned to my left and the right and said, 'You guys, you hear that, right?'"

It was sort of built around Herbie, over the course of those two weeks there, really trying to humanize the Russians. ... He knew when we had played them prior to the Olympics in Madison Square Garden we were a little bit in awe of them.

You can see — or at least you can hear — how that speech worked. But what about the specifics … I mean, for example, did Herb Brooks really say “Screw ‘em?”

Jack O’Callahan, one of Silk’s teammates in 1980, helped me out on that.

"Yes, I recall he did," O'Callahan said. "It was sort of built around Herbie, over the course of those two weeks there, really trying to humanize the Russians, by saying, 'Ah, look at these guys. Ah, they're taking us for granted. Look at this guy Mikhailov. He looks like Stan Laurel.' You know, trying to make a little light of it because he knew when we had played them prior to the Olympics in Madison Square Garden. We were a little bit in awe of them."

When the movie came out 11 years ago, I watched it in the company of Silk and some of the other members of the 1980 Olympic team. That night the players agreed unanimously that Kurt Russell had made an excellent Herb Brooks. But when we spoke recently, Silk seemed to be wondering if Brooks might just as convincingly have played himself.

"Brooks was eloquent," Silk said. "He had a bit of statesman in him. And to paraphrase the great Bob Johnson, who was a legendary hockey coach, 'Almost all great coaches are great actors.' And I think that Herb had some of that in him as well."

Kurt Russell, actor, went for some of that “bit of a statesman” business at another point in the movie’s famous, motivational speech. See if you don’t hear just a little Winston Churchill when Russell says, "Great moments are born of great opportunity."

But did Herb Brooks say precisely that?

"I don’t know if Herbie said, 'Great moments are made from great opportunities,' or if those are my words that sorta have taken on a life of their own," O'Callahan said. "But it definitely played well in the movie. I’ll tell you that much."

Yeah, but, wait a minute. O’Callahan’s words rather than what Herb Brooks actually said in what has to be considered — given the outcome of the game — one of the most successful motivational, pre-game speeches ever? Could be. I learned from O’Callahan that he’d consulted with the director, who’d asked him to remember as much of that speech as he could.

"So I wrote that speech out that they actually used in the movie," O'Callahan said. "It wasn't word for word. There were some things in there that were probably what he said and some things that were just me putting my own words in there based on my memories. But when the guys all saw the movie, I actually asked a few guys, 'Is that kinda what he said before the game?' They were like, 'Yeah, pretty much.'"

Whoever was responsible for the screenplay, the locker room speech in “Miracle,” like that actual speech in Lake Placid, was a winner.

Josh Sacco, a 4-year-old boy from Spring Hill, Tenn., was among the many who thought so. 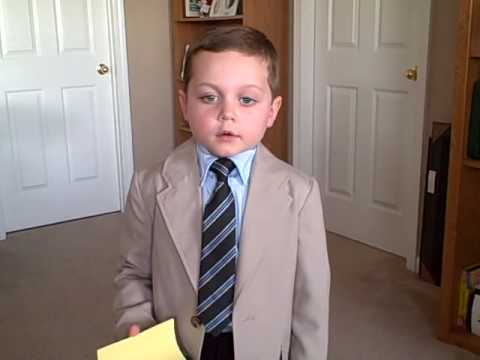 That 2009 video has more than 5.5 million views. But what does Dave Silk, who was there for the original, think of the viral version of what was originally a private few moments of motivation?

"Fabulous," Silk said. "I think the kid knocks it out of the park, and I know that he was actually on tour for a while giving his rendition in front of different audiences. I don't know, I think that's probably the ultimate compliment, right?"

With that in mind, we reached out to Josh Sacco, hoping to include him in this 35th anniversary appreciation of the original speech. Josh’s dad emailed Only A Game to explain — graciously — that a commitment to play baseball rendered Josh unavailable. But he noted that as a result of the video, Josh had appeared on Ellen DeGeneres' show and given pep talks to the U.S. en’s and Women’s Hockey Teams.

The speech was gold for Herb Brooks and his team, movie magic for Kurt Russell, and a viral victory for Josh Sacco. It makes you wonder if “you were born to be here” and “they might win nine out of 10, but not tonight” could ever fail. I put that question to Silk, who somewhat sheepishly acknowledged that he’d tried to recreate the speech when it was time for him to motivate the members of the Boston University men’s team during their 1994 NCAA tournament run. He was helping out head coach Jack Parker, but Silk was thinking Herb Brooks when he addressed the team just before the game began.

"I decided to save the best for last," Silk explained. "We were in the national championship final game against Lake Superior State, and I walked in and I went around the room and I told Jay Pandolfo that he was meant to be here and Mike Grier that this was his time and Shawn Bates that he was born to be a player. And guys were jumping up and down and frothing at the mouth. And I walked out of the room. And Jack asked me if they were ready to go, and I said, 'Coach, they've never been more ready.'"

"We got shellacked 9-1 that night and we were down 5-love after one period," Silk said, "so, maybe it didn't work so well after all."

Maybe not. But I’m glad we were motivated to revisit that particular motivational speech, anyway.