This week I met this exceptional fellow named Goodell.

"My name is Ben Goodell," he says. "No relation to Roger Goodell."

Well, yeah. Had you for a minute there, didn’t I? But bear with me. Because Ben Goodell is an exceptional fellow, or at least a fellow who developed a science project exceptional for its relevance to the realm of Roger Goodell, commissioner of the National Football League.

"I just took that NFL football over there, and I put it in a few different weather conditions," Goodell says. "I put it in humidity, snow, cold, wind chill and the same temperature that occurred during Deflategate."

And on that back porch, the temperature eventually settled at 41 degrees, which is what it was on that January day last year when the Patriots and Colts met to determine the AFC Conference champion.

I wanted to prove Tom Brady was innocent. I didn’t think it was fair for them to just call Brady a cheater.

Thus began the science project with which 7th grader Ben Goodell won first prize at St. Pius V School in Lynn, Massachusetts, where Ben and I spoke. The Massachusetts part may give you a hint regarding why Goodell’s science project was about how weather alone could influence the air pressure in a football.

"I just came up with this project because I wanted to prove Tom Brady was innocent," Goodell says. "I didn’t think it was fair for them to just call Brady a cheater."

And as it turned out…

"Every time I recorded the football’s PSI after being outside for two hours, the PSI read two PSI under proper inflation," Goodell says.

"You must have been delighted with the results of your experiment," I say.

"I was," he says. "I was happy that it showed that it could have been the weather conditions, because I would have been pretty upset if nothing happened."

Ben’s dad has suggested that Ben send copies of his report to Tom Brady and to Roger Goodell. Should that happen, wouldn’t it be fun to be in the league office in New York when the commissioner learns that he could have saved his business the $2.5 million spent on investigating emails and PSI’s and stuff that wasn’t science by leaving a ball on the back steps for a couple of hours?

But of course, as Goodell’s science teacher, Maureen Tabbut assures us, the purpose of Ben’s project was not to make a fool of the commissioner of the NFL, but to present science in action.

"I love when kids do something that they’re passionate about," she says. "As you can tell, Ben is definitely passionate about football, and he managed to put two things together and come up with a great project. But it answered the question. He followed the steps of the scientific method, and he got a good answer out of it, as far as he’s concerned."

An MIT Professor Weighs In

So as far as one science teacher is concerned, Ben Goodell gets an “A.” But science writing is all about peer review, right?

MIT professor John Leonard is a huge Philadelphia Eagles fan, but mainly he’s a fan of science. He keeps footballs in his office at MIT. To get there you pass a 6-foot-high robot on wheels and a warning sign that says “Laser in use!” Anyway, Leonard keeps one of those footballs in a refrigerator.

He keeps a pressure gauge he bought for $20 on Amazon in his office, too. So who better to certify or debunk Goodell’s science project?

"As someone who’s sort of studied every experiment, every data posting I can find, Ben Goodell’s experiment, as sort of straightforward as it was, just adds to the evidence in my own mind that the Ideal Gas Law is pretty tried and true," Leonard says. "And if you believe it, which I do, there was no deflation." 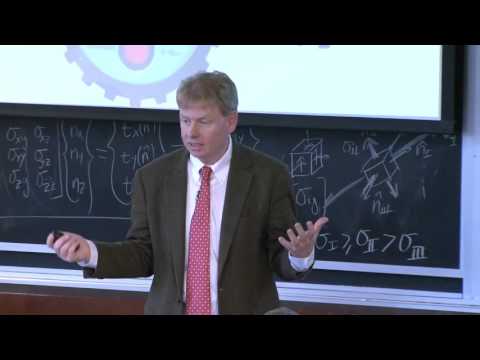 Leonard’s explanation of the Ideal Gas Law was a little MIT-ish for me, but the essence of it — in this case — is that the measurements of the various pressures in the various footballs studied by Commissioner Goodell’s minions can all be explained in terms of the way gas behaves under different temperature conditions, which is part of why the MIT guy found the 7th grader’s efforts so appealing.

"I love simplicity," Leonard says. "I do research with robot cars and underwater vehicles, and it would be real easy to have lots of pages of math and lots of equations and things that might look impressive. But ultimately I think if you can explain things in very simple terms and get at the essence of a concept, that’s the best situation. This whole saga arose from the NFL and its staff having no knowledge of the Ideal Gas Law. And so Ben Goodell showed what they didn’t know. And if they knew this the day of the game, none of this would have happened."

Are you listening, Commissioner Goodell? Oh, I hope you’re listening, just this once.