"I was one of those kids that just, you know, would nag and nag and nag until my mom or someone would buy me those baseball card packs," Matthew says. "So I got into it then. And then they realized, ‘Oh, he really likes this stuff.’ "

Matthew and his friends used to buy and trade cards every day after school. His original collection was stolen after college. But two years ago, he started building a new one.

While building his collection, Matthew couldn’t always find the cards he was looking for on sites like eBay. And he wasn’t the only one with that problem.

"There's still a ton of cards out there I've noticed people are looking for that they can't find," Matthew says.

In March of 2018, Matthew started his own business, a sort of social network for card collectors. People could message him, and he would track down the cards they were looking for.

A few months ago, Matthew was at his house in Montana, going through his inbox, when he saw a message from a man named Patrick Freel in Jacksonville, Florida.

Matthew and Patrick started messaging. And before long, Matthew realized Patrick wasn’t looking for his son’s collection. He was looking for cards of his son: Ryan Freel, a former Major League Baseball utility player with a reputation for leaving it all on the field. 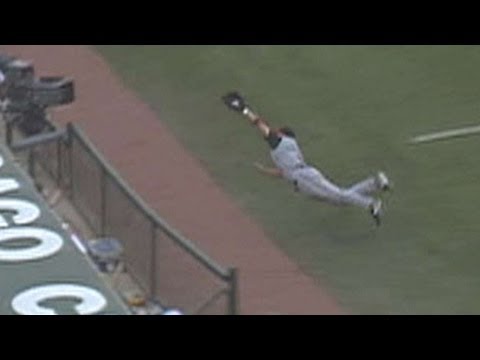 "He wanted to get out there and kick butt," says Patrick Freel, Ryan's father. "Reckless abandon. He’d go bounce off of walls if he could catch the ball."

Patrick says fans would chant “Freel for Real” every time his son sacrificed his body to make a spectacular play. But this all-out hustle came with consequences. Patrick remembers a May 2007 game in Cincinnati, when Ryan ran headlong into a fellow Reds outfielder. He had to be taken off the field in an ambulance. Ryan missed 30 games with head and neck contusions but played later in the season. Two years later with the Orioles, Ryan was hit while diving back into second base. 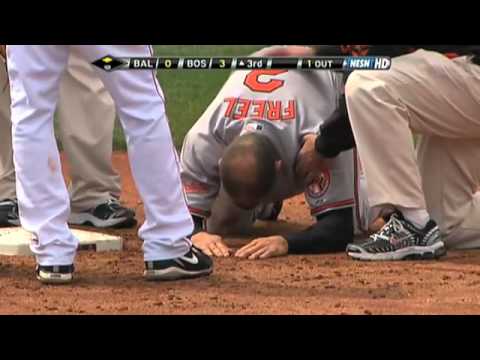 Ryan left the game and was placed on the disabled list with head trauma. In total, he was diagnosed with at least 10 concussions during his playing days.

"Ten's a big number," says Chris Nowinski, the co-founder and CEO of the Concussion Legacy Foundation, a nonprofit dedicated to addressing the concussion crisis in sports. "The literature is very clear for every concussion we diagnose we miss at least as many.

"Having double-digits diagnosed concussions is rare. And it's not gonna be associated with great outcomes."

Ryan played just 41 games in 2009 and retired at the end of that season. He battled depression and alcoholism. And three years later, on Dec. 22, 2012, Ryan Freel took his own life. He was 36 years old. After his death, Ryan’s family donated his brain to researchers at Boston University. He was diagnosed with Stage II CTE.

"CTE stands for Chronic Traumatic Encephalopathy," Chris says. "Thousands of hits to the head can actually cause your brain to start to break down and sort of rot over time in a very distinct pattern."

Symptoms of Stage II CTE can include depression, mood swings and memory loss. Many victims commit suicide. And while concussion history is invisible on a brain scan, evidence of CTE was clear in much of Ryan’s brain.

"His brain, it looked like a Dalmatian puppy," Patrick says. "It had black marks all over it."

"Probably dozens of areas of the brain," Chris says. "Some of them microscopic, some of them look like the size of quarters, where brain cells were dying or gone or not functioning."

The research team at Boston University has diagnosed CTE in over 320 brains.

"What’s unique about Ryan’s case is it’s the first diagnosed case of a person whose primary exposure to brain trauma came through baseball," Chris says. "It was a surprise, because we don’t consider baseball to be a contact sport in the same way that football or ice hockey or boxing are.

"But there’s no reason that baseball player couldn’t have it. Because if you’re diving every game — if you’re running into walls, if you’re sliding headfirst into bases — brain trauma could be repetitive and considerable."

Chris says Ryan’s concussion history and subsequent CTE diagnosis have already impacted baseball. The MLB now has a seven-day disabled list option for players on concussion watch. And new rules have sought to limit the type of damaging collisions that could result from Ryan’s style of relentless hustle.

"He was a guy who played all out. There's no question about it," Chris says. "That’s what we're all taught to appreciate. But now it sort of helps us understand, if we do find CTE, where it could be coming from. Because the people who do develop this disease have a tremendous exposure history and also are often considered the tough guys. The guys who are willing to sacrifice their body for their sport."

Ryan’s three daughters were little when their father died. And Patrick wanted to be sure that they had a special way to remember their dad. Which is why Patrick contacted card collector Matthew Christian.

"He said, ‘My son died tragically too young, and I'm looking for his baseball cards for my three granddaughters,’ " Matthew says.

Patrick wanted each of the girls  to have their own binder full of Ryan’s baseball cards.

"I said, ‘You know what, Mr. Freel? I've seen all kinds of generous things that the sports card community has done for other people. I know they're going to step up and help this cause,’ " Matthew says.

Matthew Christian sent out messages to a few of his private collector groups on Facebook. He included his home address and asked that people send him their cards. He planned to gather them up and send them to Patrick. And while Matthew was waiting for responses, he dug through his own collection.

But soon, a fellow collector shared Matthew’s post on Twitter. Others joined the search. Hundreds of others. Matthew remembers the first envelope that came in the mail.

"At first, it was actually packaged with not enough postage," Matthew says. "I think I owed the mailman like $2.60 or something. It was a plain white envelope. And it was just a stack of cards, I think, with a rubber band around them."

The cards kept coming in. Matthew says that, at his busiest, he was receiving 15 packages a day from as far away as Honduras. And while most of the cards were relatively commonplace, others — like a shimmering, one-of-a-kind card he received recently — would make an avid collector’s eyes light up.

"They made one of this card and that is it," Matthew says. "It's the golden ticket. Probably his highest value card, if I had to guess. And somebody was willing to send that and donate it to the family. So, pretty incredible."

The outpouring of support hasn’t stopped at just baseball cards. Anything commemorating Ryan's baseball career has shown up at Matthew Christian’s house in Montana.

"I've gotten Ryan Freel jerseys," Matthew says. "An 8x10 photo of Ryan, autographed by Ryan. Three or four baseballs he signed. I got a baseball from a gentleman that said, ‘Hey, Ryan flipped this baseball to me at the end of a game when I was 6 years old.’ "

Along with the cards and the memorabilia, Matthew has received letters for the Freel family. Many of them share fond memories of Ryan’s playing days and admiration for the player who gave his all to baseball.

"Humanity can be awesome, and this case is another case of it," Matthew says.

Just a few weeks ago, Patrick Freel received a box in the mail, postmarked from Montana.

"When it came in, my god was it heavy," Patrick says. "At least 30 or 40 pounds. Oh, my god. I've never seen so many cards. Two hundred and fifty different cards, times 20 to 30 each. There were some there I didn't even know about."

Patrick is now busy sorting the thousands of cards into three binders. He says he’ll have them ready for his granddaughters by Christmas, almost six years to the day since their father died. As for Matthew Christian, he and Patrick still keep in touch. And he says he’ll keep sending cards as long as they continue to trickle in.

"I don't plan to keep one card," Matthew says. "Not at all. Really, I just want to see the smile on the girls' faces. That's it."