There was little reason to suspect that February 27, 2013 would go down as a turning point in basketball history.

"It was the middle of the dog days of the NBA season," says The Wall Street Journal’s Ben Cohen, who recently wrote a book called "The Hot Hand."

"And this is before the Warriors are who we think of them as now," Cohen says. "And so this was just a regular old, boring, regular season basketball game involving the New York Knicks. Which, you know ...  "

(For those who may be unaware, the past two decades have not been kind to the New York Knicks)

But there was something a bit unusual about this game for the Warriors.

Golden State’s All-Star forward David Lee wouldn’t be playing. The previous night, against the Pacers, he’d gotten into a fight, and he’d been suspended by the NBA.

The Warriors would be missing Lee’s 19 points per game against the Knicks.

"Basically, their only offense was to unleash Steph Curry and hope that he got hot," Cohen says.

Steph Curry is now a global superstar, famous for taking and making bunches of 3-pointers from all over the court. But, back in February 2013, he wasn’t even an All Star. And there was little reason to suspect that he was about to change the sport of basketball.

Since his rookie season, Steph had been an absurdly accurate 3-point shooter. But, in other ways, his 3-point shooting wasn’t particularly remarkable. He wasn’t taking all that many 3-point attempts, and most of the threes he did take were pretty standard. They weren’t from far beyond the three point line, and he was usually being set up off a pass from a teammate rather than creating a shot for himself off his dribble.

"He was basically playing basketball the way that everybody had always imagined you should play basketball," Cohen says. "He was boxed in by that imagination of basketball."

Steph's Night At The Garden Begins

Steph Curry missed his first 3-point attempt on February 27, 2013 against the Knicks.

"He doesn't make a three for the whole first quarter," Cohen says. "It just looks like a normal game for him. And then what happens is that he makes one shot. He makes another shot. He’s starting to feel good."

And this is where our story starts to become less about basketball and more about human psychology and a fierce academic debate.

Because, Ben Cohen says, Steph Curry "begins to get a little bit crazier with the types of shots that he takes."

Midway through the second quarter, the Warriors got a steal, and Curry had the ball in transition.

"He takes the ball on a fast break, on a two-on-one. And, for the entire history of basketball, what almost everybody in his situation would have done was continue to the basket for a layup or to create another 3-pointer for his teammate," Cohen says. "What he does instead is he stops behind the 3-point line."

Steph Curry was going to shoot.

"They know that he is catching fire, and they want to get him the ball. Because they think that he is hot," Cohen says.

Now, we’re going to pause here and nerd out for a bit. Curry and his teammates — and basically every athlete — believe in something called "the hot hand": the idea that, after making a couple shots in a row, Curry actually becomes more likely to make his next one.

Over decades, though, some academics have argued that there’s actually no such thing as the hot hand — that the odds of Curry making a jump shot are fixed, like flipping a coin. Sometimes we might get lucky and get two heads in a row. But that doesn’t mean the third flip is any more likely to come up heads.

Scholars have looked for the hot hand — or this idea of being on a roll — beyond basketball.

"So there was a paper published not too long ago by a statistical physicist named Dashun Wang," Cohen says. "And he looked at what he called the hot hand periods of your careers. So not just basketball. In fact, not basketball at all. But he looked at Hollywood directors, and he looked at artists, and he looked at scientists. And what he wanted to know was, 'Is creativity clustered?' Like, 'Do we have hits in our career that come before or after other hits?'

"He looked at IMDB ratings for movies, and he looked at Google Scholar citations for scientists and auction prices for artists. And what he found was that, in all three industries, if he knew what your best work is, chances are it's surrounded by your second and third best work. Which is to say that there is this time in our career when we actually do elevate, when we have these hot hand periods. And so once I found out that movie makers had their own hot hands, I was sort of intrigued. And I went looking for some."

And this is where we turn to "The Princess Bride." 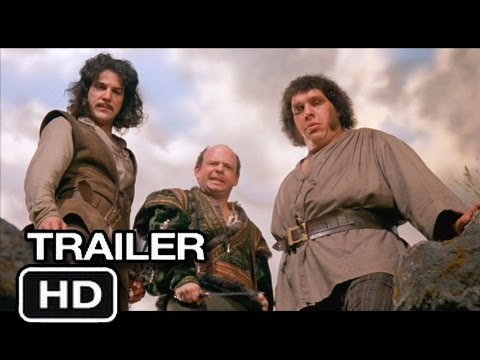 Over the next decade and a half, there were several attempts to turn the book into a movie.

Why weren't Hollywood power brokers eager to make the film?

"I think people have a hard time with things that push boundaries and that try to pack a lot of things into a little space," Cohen says.

"People thought that you shouldn't do it. And so people didn't do it. And, yet, we now know that it probably makes a lot of sense to do it," Cohen says.

Who would be empowered to take an unconventional shot like that?

Someone with a lot of talent, sure. But that apparently wasn’t enough: cinema all-stars Robert Redford, Norman Jewison and Francois Truffaut had all tried and failed to make the movie.

Ben Cohen thinks it had to be someone who also had the hot hand, someone who was really on a roll.

Which brings us to director Rob Reiner.

In 1984, Reiner made his big screen directorial debut with "This is Spinal Tap," a mockumentary about a metal band. 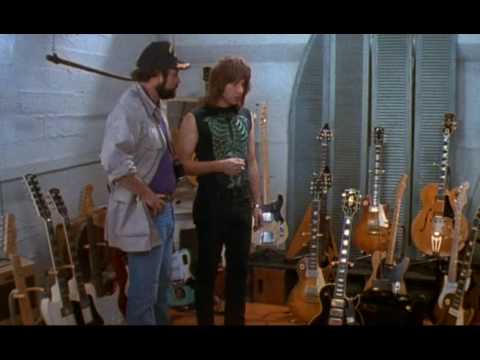 "Now, it wasn't a commercial success until many years later," Cohen says, "but it was a critical hit. People liked it, and that let him make another movie."

Reiner next made "The Sure Thing," and then "Stand By Me." 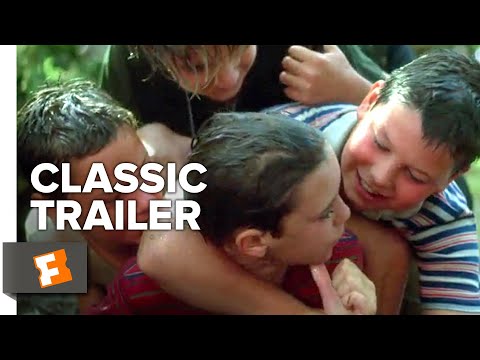 "It is a huge commercial hit at the box office," Cohen says. "It’s once again a critical smash."

Rob Reiner was on a roll — and he knew what he wanted to make next.

"Rob Reiner puts all of his chips on the table, and he makes 'The Princess Bride,' " Cohen says. "He used the hot hand to make something that nobody else would’ve wanted him to make.

"In basketball, we sort of have a word for this. It's called a 'heat check,' right? A heat check is when you've made a few shots in a row, and you kind of throw up a crazy shot. A risky shot, a long shot. 'The Princess Bride' was Rob Reiner's heat check."

And if "The Princess Bride" was Rob Reiner’s heat check, it was a swish. The movie became a cult classic that’s now on the Library of Congress’s National Film Registry.

And maybe, just maybe, a belief in the hot hand — or that any person can be "on a roll" — helped Rob Reiner finally get the unconventional film made.

Now, getting back to February 27, 2013, Stephen Curry has hit two 3-pointers in a row, and now he’s got the ball on the fast break.

He stops at the 3-point line and prepares to shoot. This, Ben Cohen says, was Steph Curry’s heat check.

"You can almost see this look of confusion on the face of the Knicks defender, because what Steph Curry was doing in that moment was so audacious."

The shot, of course, went in. 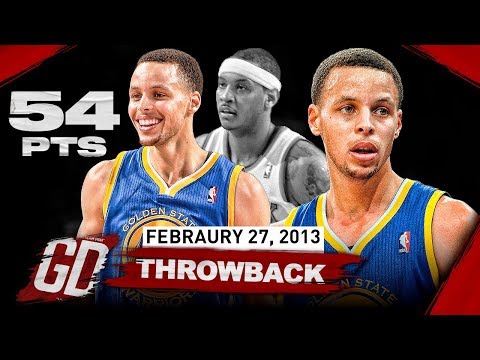 Ben Cohen says most NBA superstars have a game where everything seems to click. But, for Steph Curry, the difference between before and after February 27, 2013 is especially striking.

Regardless of whether or not the hot hand is real, and regardless of how significant the hot hand effect may really be (and you’ll have to check out Ben Cohen’s book to delve into all of that), at the very least, the fact that people believed in the hot hand helped empower Steph Curry to take the sorts of shots he’d always been capable of making.

Since that night, Steph Curry has won two MVP Awards, and NBA players are taking more 3-pointers than ever before.

But there’s actually one more reason why the night Steph Curry scored 54 points on the Knicks is noteworthy.

"The most amazing part of this game is that the Knicks actually did win," Cohen says. "Steph had the greatest scoring game of his career, and the Warriors lost to the New York Knicks."

Ben Cohen’s new book is "The Hot Hand: The Mystery and Science of Streaks."