This piece is part of our special 6/27/20 episode "Sports, Racism And The Myth Of Meritocracy." Check out the full show here.

We all know what racism in sports sounds like, right? It sounds like the late Don Imus on his radio show back in 2007. 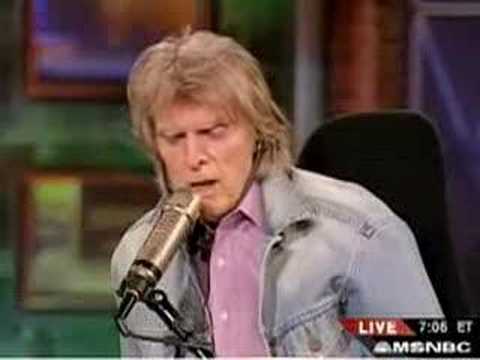 But two sociologists recently published a study that looked at a decade's worth of March Madness broadcasts, and they found that sometimes racial bias sounds like this:

"That’s a tough matchup for JJ Redick on the glass. Redick not known as a rebounder. Tasmin Mitchell much stronger, bigger and more athletic."

"I mean, of course, we can highlight some of these bigger comments that most people would consider to be racist," says Dr. Rashawn Ray, who teaches sociology at the University of Maryland, College Park. "But instead, what we were highlighting, in many ways, is implicit bias and the subtle ways that race actually operates, when it comes to talking about some of these historical stereotypes, about what it means to be Black and physically superior and, at the same time, intellectually inferior, and, on the other hand, what it means to be lighter-skinned or white."

Dr. Ray and his co-author Dr. Steven Foy, of the University of Texas, Rio Grande Valley, transcribed 52 men’s college basketball broadcasts, including 11 championship games. They were looking at the ways broadcasters talk about players of different skin tones, and whether racial bias was at play.

"Skin tone and race, in a lot of ways, was the most significant factor determining how commentators talk about players."

So they tracked all of the data about the actual size and skill of the players.

"Points per game, rebounds per game, assists per game, fouls per game — we took into account all of those factors," Ray says. "And we still found that skin tone and race, in a lot of ways, was the most significant factor determining how commentators talk about players."

In their study, Ray and Foy found "crafty" to be a word often used to describe white players.

"Most definitely," Ray says. "I mean, when we went into this, we thought that we would see commentators talking a lot about just the raw intellect of players. But we didn't find that at all. I mean, there were a few instances where they talked about their intellect and oftentimes that was directly linked to their GPA. It was a very small percentage of our sample.

"What we found, more so, were these subtle ways that they talked about craftiness."

Here's an example from the broadcast of the 2010 national championship game between Butler and Duke.

We’ve talked about Matt Howard and how crafty he is, Jim. Scheyer is much the same way as a perimeter player. Knows how to use that height at 6' 5" very effectively to get into the lane.

"Here it is, the same action, something simple, like jumping for a rebound, and all of a sudden it completely transposes the way that players are talked about."

"And so here it is, the same action, something simple, like jumping for a rebound, and all of a sudden it completely transposes the way that players are talked about."

Here's how announcers described a Black player a little later in that same 2010 national championship broadcast.

Here comes streaky, sneaky Willie Veasley, a terrific offensive rebounder for his size, and he just weaseled his way to the basket.

"When you hear the words 'weaseled out' and 'sneaky,' I mean, the connection that it has to thinking about kind of non-human type of behaviors," Ray says. " Kinda 'weaseled out' is more animalistic, right? It has this criminal, sneaky element to it. And these are the ways that we hear darker-skinned players talked about in ways that we don't hear lighter-skinned players talked about.' "

Of course, none of this is new.

"It became plain as I was growing up and more and more African Americans athletes became prominent and entered the sports, white players are 'gritty.' White players are 'smart.' " Only A Game analyst Charlie Pierce says. "African American athletes have, quote-unquote, 'natural abilities.' In basketball, if somebody did a remarkable move that nobody'd seen before, it was dismissed as 'playground stuff.' When Bob Cousy did it, it was genius."

"If you look at white players as more intelligent or more imbued with intelligence than Black players, who are you going to give the jobs for in coaching and general manager to when they retire?" asks journalist Derrick Z. Jackson.

Jackson says these stereotypes play out when Black people apply for other jobs, too.

"And that, ultimately, has massively damaging effects across all of American society," Jackson says. "There probably is not a Black man alive today who has not, at one point or another, been asked if they're an athlete. It's as if we can do nothing else, but  catch a ball or dunk it or run around a track."

"I teach a race, gender and sports class at Penn State," Dr. Amira Rose Davis says, "and every semester without fail, the non-athlete Black kids in my class tell stories of how many times it was assumed that they’re athletes. I had one student, particularly, who was 6'2", Black kid, Black guy, who said he doesn't have a week on campus — and he was a junior — he doesn't have a week on campus in which there was not some assumption about a team that he belongs to.

"Every semester without fail, the non-athlete Black kids in my class tell stories of how many times it was assumed that they’re athletes."

"And so what happens is — the messages that are then sent in places of higher education or elite private schools at the high school level or even at the youth level — is that if you're Black and in these educational spaces, it must be because of athletics, and not because of your mind, right?

"So the other tragedy of that story of the young man I was talking about is he talks about how their face fell, and the conversation always seemed to fizzle out once they realized he was not actually on the football team. And the message that he received, that his value — his value to the university, his value to his white classmates, his value of even occupying the space of Penn State University — was tied only to what he could have produced on the field. Talk about damaging. That's damaging."

"We tend to put sports on such a pedestal that white Americans think it's a compliment to be asked if you were an athlete," Jackson says. "Actually ... no. I might want to run a bank. I might want to be a scientist. I write about science, and I give book talks and ... I've got my answers, but people are, like, 'How did you get involved?' "

Check out our complete special episode: "Sports, Racism And The Myth Of Meritocracy."