On the 40th anniversary of the fall of Saigon, we’ll look back on the end and long resonance of the Vietnam War.

For anyone who lived through it, the fall of Saigon at the end of the Vietnam War was unforgettable. After so many years of blood and protest and napalm and drama – American and Vietnamese – there was the image of the helicopter taking desperate, fleeing people off the very rooftop of the US embassy in Saigon. Of choppers being shoved off the sides of a US aircraft carrier into the sea to make room for more waves of desperate evacuees. Of history turning. Nations’ fates, parting. This hour On Point: Forty years later, we look back on the fall of Saigon and the epic war it ended.
-- Tom Ashbrook

H.D.S. Greenway, long-time foreign correspondent, formerly of the Washington Post and TIME magazine. He covered the fall of Saigon.

Viet Thanh Nguyen, author of the new book, "The Sympathizer: A Novel." (@viet_t_nguyen)

New York Times: Our Vietnam War Never Ended — "For anyone who has lived through a war, that war needs no name. It is always and only “the war,” which is what my family and I call it. Anniversaries are the time for war stories to be told, and the stories of my family and other refugees are war stories, too. This is important, for when Americans think of war, they tend to think of men fighting “over there.” The tendency to separate war stories from immigrant stories means that most Americans don’t understand how many of the immigrants and refugees in the United States have fled from wars — many of which this country has had a hand in."

Washington Post: ‘The Sympathizer’: A cerebral thriller about Vietnam and its aftermath — "In the opening pages of Viet Thanh Nguyen’s extraordinary first novel, 'The Sympathizer,' that terror feels so real that you’ll mistake your beating heart for helicopter blades thumping the air. Nguyen brings us right inside the barbed-wire-encircled home of a South Vietnamese general just waking from his faith in American resilience. Thrashing all around him, officers and cronies are bargaining for survival: Who will get out? Who will be left to the hands of their inexorable enemy?" 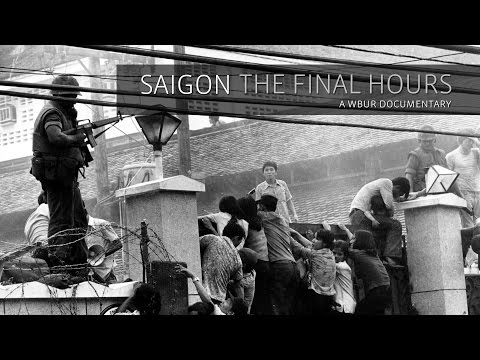 WBUR: How The Last 2 U.S. Service Members Killed Finally Made It Home

Read An Excerpt Of "The Sympathizer" By Viet Thanh Nguyen