The worst tick season ever is here, and experts warn that there’s a disease deadlier than Lyme lurking in the woods. What you need to know.

If you want to know how bad a tick season we’re going to have for Lyme disease, count the mice. Mice carry Lyme. Ticks love mice. And the numbers this year are plague-level. It’s going to be a rough season for Lyme disease, which is spreading ever further into the country. And it’s not just Lyme that ticks are carrying these days. A new tick-borne virus – Powassan – can kill you. Leave you paralyzed. This hour On Point: bracing for a bad season of ticks and disease. -- Tom Ashbrook

Dr. Mark Klempner, executive vice chancellor of MassBiologics, where he is developing a drug therapy for the prevention of Lyme disease. Professor at the University of Massachusetts Medical School.

WIRED: Lyme Isn't the Only Disease Ticks Are Spreading This Summer -- "It started with vomiting and a fever. But a few days later, five-month-old Liam was in the emergency room, his tiny body gripped by hourly waves of seizures. X-rays and MRIs showed deep swelling in his brain. When an infectious disease specialist at Connecticut Children’s Medical Center diagnosed Liam with Powassan virus in November, he became the first recorded case in state history. Doctors think Liam picked up the rare neurological disease from a tick his father brought back after a deer hunting trip."

CNN: Experts warn of increases in tick-borne Powassan virus — "Summer is nearly here, and it's bringing fears of a rare tick-borne disease called Powassan. This potentially life-threatening virus is carried and transmitted by three types of ticks, including the deer tick that transmits Lyme disease. Over the past decade, 75 cases have been reported in the northeastern states and the Great Lakes region, according to the US Centers for Disease Control and Prevention. Though no one can say how many infections will occur this year, warmer winters have led to an increased tick population, so experts predict rising tick-borne infections of many types."

VPR: Lyme Disease Prevention Drug In Development At UMass Medical School — "A group of researchers at the University of Massachusetts Medical School are hoping to make Lyme disease in humans a thing of the past. They are working on an antibody drug that would prevent people from contracting the tick-borne disease."

Repel Ticks On Skin And Clothing

Find And Remove Ticks From Your Body

How To Remove A Tick

The above information and recommendations are sourced from the Centers for Disease Control and Prevention. See detailed information on symptoms of tick-borne disease here.

'Tick Check:' A Song To Help Your Kids Remember 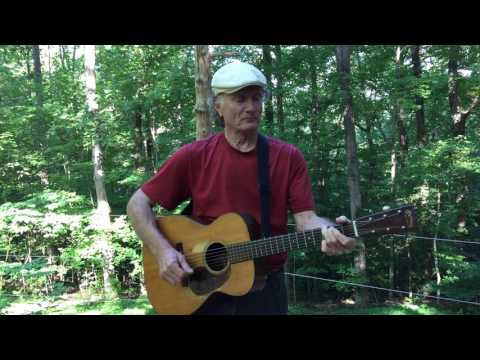 An original song written and performed by listener Wood Newton.

Transmits: Ehrlichia chaffeensis and Ehrlichia ewingii (which cause human ehrlichiosis), tularemia, and STARI

Maps and information sourced from the Centers for Disease Control and Prevention.