Wayne Messam, mayor of Miramar, Florida, is officially running for president for 2020. We hear more about his vision for the office.

Want more from the show? You can get messages from our hosts (and more opportunities to engage with the show) sent directly to your inbox with the On Point newsletter. Subscribe here.

"I’m passionate about the American dream because it’s not a fictitious thing for me. It’s real for me," he says.

Messam declared his presidential candidacy last month. He’s been mayor of Miramar since 2015.

"I'm running for president of the United States to give Americans a second chance. The American dream. I'm the son of immigrant parents from Jamaica. My father actually was a contract sugar cane cutter that came to this country for many years in South Florida working in very tough labor conditions — he only earned 75 cents per roll of sugar cane. And he finally had his opportunity to come to this country with my mother and older siblings, and I was born here. They taught me the values of hard work. I was able to go to Florida State and play for legendary coach Bobby Bowden on the 1993 national championship [football] team. I met my wife at Florida State and actually after my NFL career was cut short, my wife and I started a construction management company where we are a climate conscious company and we helped build the greenest school in the southeastern United States reaching LEED Platinum.

"Now I'm the mayor of Miramar, Florida. Our city is a major city in the state of Florida. We have one of the fastest growing economies in the nation with more Fortune 500 companies than any city in South Florida. So I'm living that American dream but I know that the American Dream is slipping away from most Americans. They have to work two and three jobs just to make ends meet. They're graduating colleges and universities with high student loan debt. Gun violence is ravaging our country, as well as the access to health care ... These are pressing issues and these solutions aren't coming from Washington. America needs a champion to challenge and to bring fresh solutions. Mayors are known to get the job done and we don't have the luxury of shutting down our government. So I'm looking to bring this vision and this message to the American people."

"I'm very passionate about gun [control]. Parkland actually is 15 minutes from my city. We actually sent officers to respond there and I even had my own scare. I own a construction management company and I received a frantic call from one of my former employees because we just started work at Fort Lauderdale International Airport and she was screaming that there was an active shooter in baggage claim killing and shooting people and people were running out onto the tarmac. So I know all too well, you know, that was a national story as well.

"Did you know that in the state of Florida that local mayors cannot even discuss gun safety in our cities? The governor can remove us from office, fine us $5,000, and our city can be exposed to lawsuits by anyone who says that any measures that we take violate their rights. And so I decided to sue the state of Florida. There's a group of mayors and there's been other cities to join our litigation against the state of Florida to remove that punitive damage because I believe that cities should have a say in terms of whether or not we want to allow assault-style weapons in our parks, something as simple as that. I'm fighting that right now. As elected mayor I'm fighting it, and if I'm elected president, my first four years — my goal is to reduce gun violence by 50 percent, and by the end of my administration to end it in total."

"As elected mayor I'm fighting it, and if I'm elected president, my first four years — my goal is to reduce gun violence by 50 percent, and by the end of my administration to end it in total."

"I think that health care should be a matter of civil right in this country. There's been some discussion about 'Medicare for All,' it seems to be the simplest reform idea. It makes sense to provide the reality for Americans, but I'm open to any reform measure that expands health care coverage for all people. There's far too many people across South Florida, the state of Florida, as well as this country that are forced to decide each and every day between seeing a doctor and paying their bills. This is an issue that hits close to home for me because my parents actually battled debilitating health issues in their latter years, and I've seen firsthand the impacts that can have on a family. The American people spend more on health care than any other wealthy country and yet we receive less for it. This is unacceptable. We must make sure that everyone in this country have access to quality health care. And I look forward to all the policy options to make that a reality."

"My position on a woman's right to their reproductive health, it should be left to the mother. I think there's a misnomer in terms of the prevalence of 'late-term abortions' when over 90 percent of abortions take place within the first 21 weeks. That's where most abortions take place. And I think when a woman is forced with a tough decision to abort a pregnancy, it's tough enough by itself to have to make such a personal decision — a tough decision to make — and currently right now in our country this issue has been demagogued, and I think that primarily us men are making the decisions in the laws. I think it's settled law in terms of a woman's right of choice and I respect that settled law."

"There's far too many people across South Florida, the state of Florida, as well as this country that are forced to decide each and every day between seeing a doctor and paying their bills."

"I think it depends on who you ask. When you ask corporations and the richest of Americans, they jump up for joy because they're enjoying the nice tax cuts they received recently. The nearly $2 trillion worth of tax cuts. But when you ask some working class and, for the most part, average, everyday Americans who have not seen their wages keep pace with inflation — and definitely not to the point where it's keeping up in terms of not having a living wage, so that they don't have to work two or three jobs — when they have challenges in having access to health care or can't afford health care, when seniors have to choose between their medicines and food and those financial challenges, I think they would beg to differ.

"I think, as a country, the misnomer is that you give tax cuts, which are good for businesses. I'm a business owner. I love to make money and I need to make money to be able to grow and to be able to take care of my employees so that they can take care of their families. So I'm all for that. But I think what's happening is that there's a lot of corporate greed. The past tax cuts, you saw corporations buy back their own stocks to control more of their company. So the stock market has benefited from that in part, but the lower class and the low net worth individuals in the working class are not enjoying the same benefits of that tax cut. I think when we all realize that we're in the same boat, and when we can put those tax cuts and resources and invest back into Americans, when we can make higher education accessible and businesses are paying their fair share so that all the burden isn't on the working class — I think not only are we better as Americans, but we're better as a nation. And I think it's a matter of our economic security that we all realize that we're all in the same boat. And that's coming from a person who's a business owner."

"This administration's own report stated that if we don't take immediate action on climate change, in 10 years we could have irreversible damage to the air we breathe and the water that we drink."

"South Florida is actually ground zero for sea level rise although other areas and coastal communities are experiencing it as well. In Miami Beach, it can be a sunny day, 90 degrees, and the streets are flooding. So it's real and the fact is that this administration's own report stated that if we don't take immediate action on climate change, in 10 years we could have irreversible damage to the air we breathe and the water that we drink. Yet this administration is not even following its own report. There is no direct action on climate change. In fact, we pulled away from the Paris Accord, and I think that is a travesty. America needs to be a leader in terms of being good stewards to our environment. It's not an issue of just climate change. But when we act, we become more resilient as a state because we'll improve our infrastructure — it'll put Americans to work. It will improve the quality of life for Americans and make our communities safer and keep us more competitive as a nation so that we can maintain our global dominance." 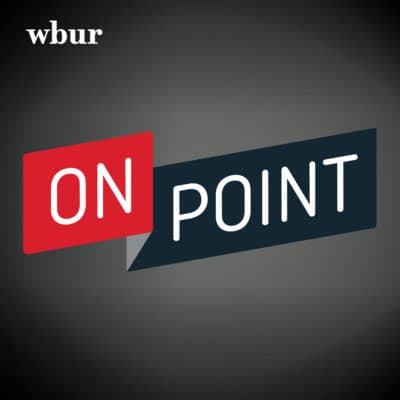 "'The promise of America belongs to all of us. That's why I'm going to be running for president. To be your champion,' Messam said in the video.

"He formally kicks off the campaign on Saturday, with a rally at Florida Memorial University in Miami Gardens."

CNN: "Florida Mayor Wayne Messam announces 2020 presidential bid" — "Wayne Messam, the little-known mayor of Miramar, Florida, announced Thursday that he is running for president, launching a campaign that will look to accomplish the unlikely: Turning the mayor of the 140,000-person town into the next president of the United States.

"Messam, in a highly produced video released to CNN, tells voters that he is running for president and rails against what he calls a 'broken' federal government in Washington, DC."

This article was originally published on April 09, 2019.