Editor's note: A gentle warning to listeners across the country. This hour will address mature subject matter that some may find sexually explicit.

Bryant Paul, professor of media psychology at Indiana University. His research focuses on sex in the media and the social and psychological effects of pornography. Co-producer of the documentary and Netflix series "Hot Girls Wanted." (@Profbpaul) 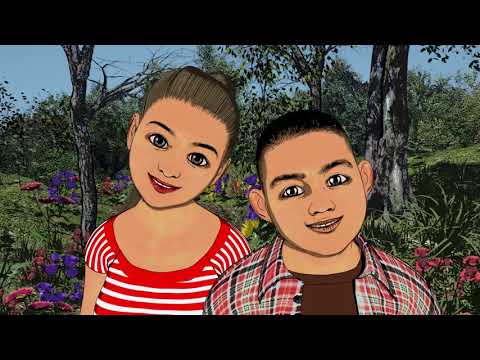 The Economist: "How to make social media safe for children" — "In March and April Jim Steyer, founder of Common Sense Media, a children’s advocacy group, badgered members of America’s Congress to regulate the apps children are using online. Their response on Capitol Hill shocked him. 'We already regulated Nickelodeon, Disney channel and pbs Kids,' they replied, referring to rules for television enacted in the 1990s and 2000s (with his help). They had apparently missed a series of recent scandals: children exposed to violence and pornography, their data being collected, paedophiles lurking in comments sections of videos depicting youngsters. 'We’re changing at warp speed,' Mr Steyer says, 'and we’re still talking about "Sesame Street." '

"Not for much longer. Members of Congress are drafting multiple bills to regulate how internet platforms treat children. Britain has proposed child-safety rules, including prohibitions on features designed to keep users hooked. From July it is expected to require porn sites to bar users under 18; MindGeek, which owns many salacious sites, wants to use an age-verification registry in order to comply (and, in doing so, make it easier to charge adult visitors for content). In Delhi politicians are considering rules that could stop the data of anyone under 18 from being collected. The eu bars tech giants from garnering data and targeting ads at children. Last year California adopted similar privacy protections that also forbid tech companies from ignoring users’ actual age. Most of these provisions will be enforced with heavy penalties."

"'I think that was kind of shocking to us all as we were collecting this data, is that almost half of our perpetrators are minors,' said Heidi Olson, the Sexual Assault Nurse Examiner (SANE) Coordinator.

"The SANE program's data shows perpetrators are likely to be between 11 and 15 years-old.

"'Another thing we're noticing is a lot of those sexual assaults are violent sexual assaults, so they include physical violence in addition to sexual violence,' said Jennifer Hansen, a child abuse pediatrician at Children's Mercy.

"Recently, the International Association of Forensic Nurses said the hospital is in the top five percent in the United States, which includes hospitals that see adults, in the volume of sexual assault victims they see."