Planet Earth is in trouble: superbugs, a warming planet, communities in crisis. But there’s a way forward. We look at the world through "The Optimist’s Telescope."

Bina Venkataraman, author of "The Optimist's Telescope: Thinking Ahead in a Reckless Age." Incoming editorial page editor for The Boston Globe. Former senior adviser for climate change innovation in the Obama administration. She teaches in the program on science, technology and society at MIT. (@binajv) 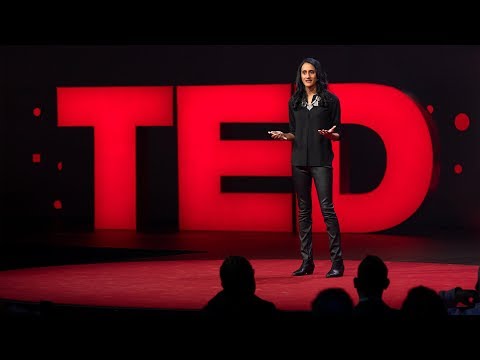 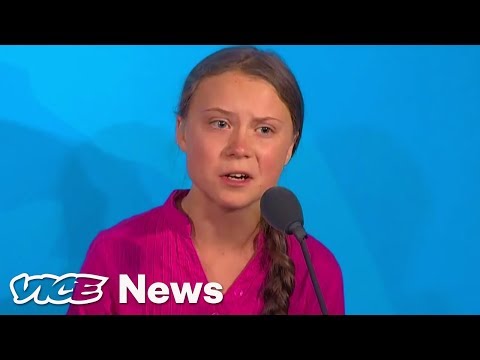 Bina Venkataraman: Are you optimistic about our future?

"It depends what you mean by optimistic. I’m the kind of optimist that looks at our situation today — and I do see a lot of signs of despair. I see threats on the horizon. Whether you look at the state of our politics, and the divisiveness in American society, British society, around the world, inequality. Or, you look at the state of our planet, and the warming temperatures. … I see those problems. But, what I also see, having done five years of research, spanning all kinds of fields, being all over the world, is that we have a choice when it comes to thinking about the future. That we actually are not condemned to the short-sightedness we see rampant in our societies. That we have the possibility to act like better ancestors, and act on our own [behalf], for the sake of our own futures.”

"We actually are not condemned to the short-sightedness we see rampant in our societies. We have the possibility to act like better ancestors, and act on our own [behalf], for the sake of our own futures."

On how we discuss climate change

"What psychologists told me, time and again … was that there's this clear balance. When you're presenting doomsday scenarios of the future, if you present those to people on an ongoing basis — or even just in a situation where you tell someone, 'the world's going to end,' in an isolated basis — you can often see that the result of that is that people will feel a sense of despair. They might even choose to value what's happening, right here and now, even more. There's a line in Margaret Atwood's 'The Year of the Flood,' that if you tell people they can do nothing, they'll do worse than that. And I think that holds true in the science as well. That people need to feel a sense of agency, a sense of an ability to change the future, for better or worse. And the reality is that we do have choices, and some of those choices can be enacted individually, some require more collective action. But, if you can highlight for people and show them the future, what the, sort of, decision tree is — what happens if we do this, what happens if we do Y, what happens if we do X — that allows them to clarify the choices they have. And allows them to better engage with those futures, as opposed to just burying their heads in the sand."

"People need to feel a sense of agency, a sense of an ability to change the future, for better or worse. And the reality is that we do have choices, and some of those choices can be enacted individually, some require more collective action."

On what kind of changes we can make

"I think the changes are required at every scale — from the individual, all the way up through our businesses and capital markets — to our communities and our societies, and really holding our political leaders accountable for action on this issue. And it's going to be a sustained response that is required for this problem. Because it is a problem — and a crisis — that's going to unfold over the course of generations. So, while we're talking about the need for urgent change now, and the call for that that's being made by youth — not just Greta [Thunberg], by the way — all around the world there are more than 4 million people who participated in the climate strikes on Friday. We have to see this as a broad-scale political and social movement which is asking — really demanding — of our political leaders, and business leaders, that they take more aggressive action, on climate change today. But, if you think about what's required to do that, what's required is for us to be able to sustain our interest and our motivation to be engaged — in not just reducing emissions that are contributing to the warming of the planet. But, also preparing for unprecedented change in our communities, coastal areas that are going to flood, perhaps the need to move, perhaps the need to change what we eat because certain foods aren't going to be available.

"There's going to be a large amount of change, even within the span of my lifetime, because of the warming planet. At that individual level, part of what I call for are exercises in, for example, what I would think of as imaginative empathy. So, writing a letter to yourself to open 50 years in the future, or to a child, or niece, or nephew, or godkid. And having that be an exercise, and trying to inhabit that future as you imagine it to clarify what the choices are in the present that can lead us to different kinds of outcomes. So, if you want to imagine a better future, and if you can dare to do that, what are the things that have to change in both your actions and in society to make that happen, clarifying that there is a path out of this despair? Because I think one thing that happens when people think about the future — if they just get doomsday prophecies about refugee crises or other harms — they tend to turn off. They don't feel like they have any agency to do anything."

Excerpt from The Optimist's Telescope by Bina Venkataraman

Excerpted with permission from the new book THE OPTIMIST'S TELESCOPE: Thinking Ahead in a Reckless Age by Bina Venkataraman, published by Riverhead Books, an imprint of Penguin Random House LLC, New York. Copyright © 2019 Bina Venkataraman.

New York Times: "Humans Are Impetuous and Shortsighted. Can We Change?" — "Many awaken wishing they’d drunk less the night before. Many fewer wish they’d drunk more. Shortsightedness is also common among nonhuman animals. Birds, for example, often choose small but immediately available portions of food over much larger ones that arrive after a brief delay.

"How might we mitigate losses caused by shortsightedness? Bina Venkataraman, a former climate adviser to the Obama administration, brings a storyteller’s eye to this question in her new book, 'The Optimist’s Telescope.' She is also deeply informed about the relevant science.

"The telescope in her title comes from the economist A.C. Pigou’s observation in 1920 that shortsightedness is rooted in our 'faulty telescopic faculty.' As Venkataraman writes, 'The future is an idea we have to conjure in our minds, not something that we perceive with our senses. What we want today, by contrast, we can often feel in our guts as a craving.'

"She herself is the optimist in her title, confidently insisting that impatience is not an immutable human trait. Her engaging narratives illustrate how people battle and often overcome shortsightedness across a range of problems and settings."

Washington Post: "Opinion: Why we still need climate optimism" — "On every avenue of public discourse today, there seems to stand a proverbial man with a sandwich board proclaiming, 'The End Is Nigh.' The latest doomsayer is the novelist Jonathan Franzen, who in the New Yorker last week argued that we should relinquish any hope of stopping climate change and instead turn our attention and investment to preparing for catastrophe.

"Franzen is not wrong to observe that the trajectory of warming, paired with lackluster action to cut emissions on the part of countries worldwide, puts the planet on a dangerous path that portends a future of deadly heat waves, crop failures and rising seas. Nor is he wrong about the need to prepare for coming climate disasters. But his suggestion that we should give up the fight to curb climate emissions is both scientifically indefensible and reckless.

"It’s an addictive brand of defeatism more dangerous than denial — and perhaps even more troubling than the melting polar ice. The view that we’re already doomed to climate catastrophe is fast spreading. As Franzen acknowledges, he’s not alone. The author David Wallace-Wells’s book 'The Uninhabitable Earth' comes up on nearly every climate change panel these days. And although Wallace-Wells takes a more considered view than Franzen, he seems to have prompted many of his readers to ask, 'Aren’t we just screwed?' "

Washington Post: "Caring about tomorrow" — "About 70 percent of Americans believe that the climate is changing, most acknowledge that this change reflects human activity, and more than two-thirds think it will harm future generations. Unless we dramatically alter our way of life, swaths of the planet will become hostile or uninhabitable later this century — spinning out ecological, epidemiological and social disasters like eddies from a current. And yet most Americans would support energy-conserving policies only if they cost households less than $200 per year — woefully short of the investment required to keep warming under catastrophic rates. This inaction is breathtakingly immoral.

"It’s also puzzling. Why would we mortgage our future — and that of our children, and their children — rather than temper our addiction to fossil fuels? Knowing what we know, why is it so hard to change our ways?

"One answer lies in the nature of empathy: our ability to share, understand and care about others’ experiences. Deeply empathic people tend to be environmentally responsible, but our caring instincts are shortsighted and dissolve across space and time, making it harder for us to deal with things that haven’t happened yet."

This article was originally published on September 24, 2019.