Sixty-five years after the mandate to desegregate schools, it’s still controversial. The conclusion of our special series, "The Fifty Year Fight: Solutions for Closing the Achievement Gap."

Sheneka Williams, professor of educational administration and policy at the University of Georgia’s College of Education. She studies the academic and social benefits of school desegregation. (@VandyGrad07)

Chris Stewart, CEO of Education Post, a media project of the Results in Education Foundation, which supports charter schools and school accountability. Former member of the Minneapolis Public Schools Board of Education. (@citizenstewart)

Mohammed Choudhury, chief innovation officer at San Antonio Independent School District, which serves more than 50,000 students, 90.7% of which are considered economically disadvantaged, and nearly 98% of which are students of color. He's leading an effort to open dozens of "diverse-by-design" schools in the San Antonio district. (@moh_choudhury)

On whether integrating schools closes the achievement gap

Sheneka Williams: “There is some evidence there. I think we saw some of the best evidence in the ‘80s, where we saw the gap narrow. But, I'd also like to be very clear and say that integration is one way, but I am not exactly certain that it is the only way. And, I say that because before schools were desegregated, majority black schools did not have the same resources. So, I do say that integration is a way. But, I also don't want to say, for black children, that the only way that they can have a great education is because they happen to be in a school with students who look different than they do. I think there are absolutely social benefits on both sides. I don't think we talk enough about that in the literature. We tend to have one way that we examine that. So, there are definitely social benefits, and academic benefits as well. But, I don't want us to just think that solely school integration is the absolute only way.”

Chris Stewart: “I think it's the right goal, and always has been. I just think that the problem has been that the remedies to get there have been — time and time again — wrong. They have done more damage, in a lot of cases, than they have done good. So, I don't know that it's the most effective way to close the achievement gap. I think the most effective way to close the achievement gap are the educational interventions we've always known about. Which are great teaching, great teachers, instruction, curriculum, school leadership, educational science ... using those type of remedies. I do think that it's what you do in school — and in classrooms — that makes the difference.”

"I think the most effective way to close the achievement gap are the educational interventions we've always known about. Which are great teaching, great teachers, instruction, curriculum, school leadership, educational science ... using those type of remedies. I do think that it's what you do in school — and in classrooms — that makes the difference.”

On whether integrated schools are a public goal

SW: “I think when we talk about school integration at large, I think what we see around the country is that ‘individual will’ often trumps ‘community will.’ Meaning, if you interview a group of parents and ask them if integrated schools matter to them,I would argue that they would say, ‘Yes, that matters. I want my child to go to school with children of different races, learn about different cultures.’ But, if you ask them to what extent they are willing to make efforts, then the response isn't quite on par. And I think this is the heart of this larger conversation. What do individuals want, versus what is for the greater good? ... What I am getting at is racism is quite endemic in this country. And, I don't even think that some parents think it is racist when they say, ‘I want X for my child.’ Because they feel that they have that right for their child. So, I would argue that it's difficult. I'm not saying it's impossible, but it is difficult. And, again, ‘individual will’ often trumps.”

CS: “There's a big difference between what people say and what people do. ... If you ask families — especially in focus groups — if diversity matters, and integration matters in their school choices, they will say, ‘Absolutely.’ The majority will say yes. It's almost a social stigma to not say yes to that. What they actually do, when they enroll their kids, is a lot of administrative jiujitsu to get their kids into schools that create the greatest social distance between their kids, and kids that they think are on the out groups. ... It's the behavioral economics, or the racial physics of school enrollment; of how people buy their houses, choose their schools. So, if we are waiting for that to correct itself — before we get down to the serious business of restoring the educational capital that once existed to teach black and brown kids — we're in real trouble."

On how we should discuss school desegregation

SW: “I think we have to start with the basics of teaching and learning. ... I want to answer your question by reading something briefly from W. E. B. Du Bois in 1935, where he wrote: ‘To sum up this: theoretically, the Negro needs neither segregated schools, nor mixed schools. What he needs is education. What he must remember is that there is no magic, either in mixed schools or in segregated schools.’ And I just wanted to say that, to answer the question. There is no magic. But, there is good teaching. There are parents who are engaged in schools that need to understand how to engage certain groups of parents ... not wait for the parent to show up at the school, but go, actually, to the parent. So, I just think we have to go back to the basics.

“It reminds me of my education. I was educated in rural Alabama. Coffeeville Elementary School. Where all we had was a chalkboard, and the Risograph machine. You know, the copy machine that printed with purple ink. I thought we had everything. I didn’t know that, according to the nation, and to the world, I was receiving a sub-par education. But you know why I thought we had everything? Because we had great teachers who made us believe that we could do anything, and compete with anybody in the world. So, on its face, I support integrated schools.I absolutely do. But if we get bogged down and wishing what [the] public might not be interested in, we have to go back to the basics of good teaching and learning, regardless of race or income." 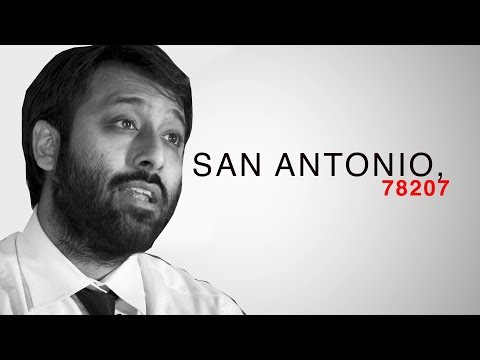 Results From The '50-Year Fight' Survey

New York Times Magazine: "Choosing a School for My Daughter in a Segregated City" — "In the spring of 2014, when our daughter, Najya, was turning 4, my husband and I found ourselves facing our toughest decision since becoming parents. We live in Bedford-Stuyvesant, a low-income, heavily black, rapidly gentrifying neighborhood of brownstones in central Brooklyn. The nearby public schools are named after people intended to evoke black uplift, like Marcus Garvey, a prominent black nationalist in the 1920s, and Carter G. Woodson, the father of Black History Month, but the schools are a disturbing reflection of New York City’s stark racial and socioeconomic divisions. In one of the most diverse cities in the world, the children who attend these schools learn in classrooms where all of their classmates — and I mean, in most cases, every single one — are black and Latino, and nearly every student is poor. Not surprisingly, the test scores of most of Bed-Stuy’s schools reflect the marginalization of their students.

"I didn’t know any of our middle-class neighbors, black or white, who sent their children to one of these schools. They had managed to secure seats in the more diverse and economically advantaged magnet schools or gifted-and-talented programs outside our area, or opted to pay hefty tuition to progressive but largely white private institutions. I knew this because from the moment we arrived in New York with our 1-year-old, we had many conversations about where we would, should and definitely should not send our daughter to school when the time came.

"My husband, Faraji, and I wanted to send our daughter to public school. Faraji, the oldest child in a military family, went to public schools that served Army bases both in America and abroad. As a result, he had a highly unusual experience for a black American child: He never attended a segregated public school a day of his life. He can now walk into any room and instantly start a conversation with the people there, whether they are young mothers gathered at a housing-project tenants’ meeting or executives eating from small plates at a ritzy cocktail reception."

The 74 Million: "Chris Stewart: It’s Been 65 Years. Maybe It’s Time to Stop Expecting the Promise of Brown v. Board to Be Fulfilled" — "Every few years, there is a predictable tide of articles proclaiming that it’s the anniversary of Brown v. Board and our schools are still just as segregated as they were when the landmark decision was handed down in 1954.

"What you won’t find in any of these articles is much sober reckoning with the fact that integration was a colossal failure that in many instances produced more damage than progress. Instead, they will tell us once again — as many integration fundamentalists will always do — that we must once again fight for white-flight-proof school boundaries, a rejoinder that sounds like recalling weary soldiers back to a lost war.

"I believe black folks should resist integration proposals as the sole or primary educational interventions necessary for our children to succeed. We lost so much by placing our faith in the social engineering of schools that robbed us of black educational capital and infrastructure. Our teachers fired. Our principals demoted. Our children handed over wholesale to an education establishment that had no reason to love them.

"In the process, we learned that a quality education can be had without integrated schools."

This American Life: "The Problem We All Live With" — "Right now, all sorts of people are trying to rethink and reinvent education, to get poor minority kids performing as well as white kids. But there's one thing nobody tries anymore, despite lots of evidence that it works: desegregation. Nikole Hannah-Jones looks at a district that, not long ago, accidentally launched a desegregation program."

Chalkbeat: "It’s still possible to take action on school segregation. Here’s how we’re doing it in San Antonio." — "For the last several weeks, Americans have been talking about integration in our schools. For someone who does this work every day, it’s an exciting moment, as the benefits of economic and racial integration — not just to black, Latino, or low-income students, but to all — are increasingly clear.

"I’ve seen those benefits up close, first as a student of color in a highly diverse school in Los Angeles and now as a school system leader deep in the heart of Texas.

"Today, I’m working to create diverse schools and rich educational environments in San Antonio, an unlikely place to create integrated schools. San Antonio is a profoundly segregated city, with 17 school districts inside its boundaries. Our district, San Antonio Independent School District, is surrounded by affluence, while more than 90 percent of our students come from low-income families and nearly all are Mexican-American.

"The courts have blocked some strategies for racial integration through the Milliken v. Bradley decision 45 years ago and other key rulings over time. But we’re making it happen anyway — first, by focusing on integrating the schools we have (based on a number of factors, including family income levels), and second, by creating new schools that attract families who are moving into our district or who have lived here but sent their children to schools elsewhere."