Fifty years of "Sesame Street." From Kermit to Elmo, Oscar and Big Bird, we celebrate the show that’s taught children around the world to read, laugh and love to learn.

Stacey Gordon, puppeteer for the "Sesame Street" Muppet Julia, a 4-year-old with autism.

On the enduring success of "Sesame Street"

Sherrie Westin: “What makes 'Sesame Street' unique is that it's always looking at life through a child's perspective. And I think the fact that we respect children so much, that we deal with reality. It's not a fairy tale, or an animated show that's just for entertainment. And I believe that the reason we've stayed so relevant over 50 years is our humor. … We appeal to adults — as well as children — through musicians, and celebrities and others. Allows us to stay very current. But, at the same time, I think it's also that we are always looking at issues affecting children. And, some of those change with times. And [we] are always looking at those from a child's perspective, and addressing them as only 'Sesame Street' can.”

What was the impetus around putting a show like "Sesame Street" on air?

Lloyd Morrisett: “The impetus came in various forms. One, certainly, was we began working on the show in 1966. And that was right in the midst of the civil rights movement. That affected everybody. And, then, the results created a discussion about the talent loss that the country was suffering, because too many children entered school three months behind. And, by third grade, were a year behind. And we were talking, then, about the talent gap. So, we hoped to find a way — using television — that we might help those children who would otherwise not succeed in school, do better.”

"We hoped to find a way ⁠— using television ⁠— that we may help those children who would otherwise not succeed in school, do better."

On what was different about "Sesame Street"

Lloyd Morrisett: “We had a deliberately developed curriculum, designed to help children [who] watch the show succeed in school. That curriculum was developed both by continued research, and by tapping the expertise of as many experts as we could bring into our fold. So ... one of the main distinguishing features, I think, of the show, was its relationship to research findings. We were spending maybe a third of our budget on that research, and that was something that commercial television just couldn't do.”

"Our mission is still to use media to help children grow smarter, stronger and kinder. It's what we've been doing for 50 years. And I feel very confident that we'll be able to continue to make a difference for children, for the next 50."

On "Sesame Street’s" depiction of diversity on television

Lloyd Morrisett: “The show was set on a street. [It was] based, really, on a street in New York, because that's where it was being produced. But the idea was that the show should show what was really available, in terms of different people, different backgrounds on the street. So, it was an urban environment, designed from the beginning to show diversity. And, of course, the Muppets were different colors, different shapes, different sizes. And, that was purposely put in to show kids that they could be friends with people who weren't like them.”

"The Muppets were different colors, different shapes, different sizes. And that was purposely put in to show kids that they could be friends with people who weren't like them."

On how "Sesame Street" has adapted to the modern age

Sherrie Westin: “We have to be relevant, and we have to understand how children are consuming media. You know, today, it's not just television, it's any form of media. We need to reach children where they are. Now, YouTube is another place where a lot of parents provide 'Sesame Street' content for their children. And, we know on that platform, that it's better for us to give shorter segments, so that they can be consumed the way a child is used to seeing media today. So, yes, we absolutely try to be as relevant as possible. And also to understand the way children watch, and the way families consume media today.”

What is the core formula for "Sesame Street" to have longevity for another 50 years?

Sherrie Westin: “Honestly, I think the fact that our DNA has not changed; that our mission is still to use media to help children grow smarter, stronger and kinder. It's what we've been doing for 50 years. And I feel very confident that we'll be able to continue to make a difference for children, for the next 50.” 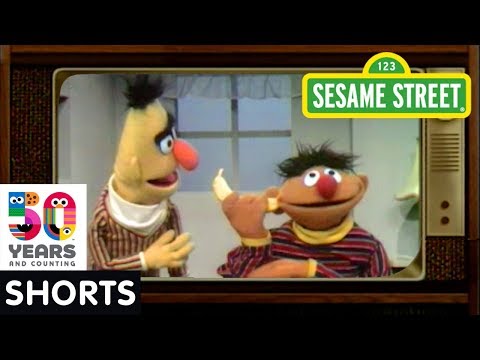 PBS NewsHour: "How ‘Sesame Street’ is still supporting families, 50 years after its debut" — "Ever since Big Bird and his friends took their first steps onto their neighborhood full of Harlem brownstones and into public television households, the program's creators have always had a few goals in mind for its young audience.

"It all seems as simple as A, B, C today. But back then, its secret sauce was unprecedented for children's television. It provided children with a mix of early childhood education, social and emotional learning, all with a sense of humor, music and hundreds of guest stars to keep parents engaged as well.

"At the same time, the creators wove diversity into the show's DNA at a time when that wasn't common in TV. Over its more than 4,500 episodes, 35 TV specials, and the 1,000-plus fuzzy characters it introduced, the show's reach is enormous.

"Tens of millions of adults and their children have watched in more than 150 countries. New episodes air first on HBO and then on PBS, and more than five million subscribe to its YouTube channel."

New York Times: "How ‘Sesame Street’ Started a Musical Revolution" — "How many ways can you sing about the letter B? On 'Sesame Street,' that question has many furry answers.

"Since its inception in 1969, the public television show has redefined what it means to teach children through TV, with music as its resounding voice. Before 'Sesame Street,' it wasn’t even clear that you could do that; once the series began, as a radical experiment that joined educational research and social idealism with the lunacy of puppets and the buoyancy of advertising jingles, it proved that kids are very receptive to a grammar lesson wrapped in a song.

"Big-name stars lined up to make guest appearances that have become the stuff of legend (Stevie Wonder and Grover; Loretta Lynn and the Count; Smokey Robinson and a marauding letter U). And long before inclusion was a curriculum goal, 'Sesame Street' made a point to showcase Afro-Caribbean rhythms, operatic powerhouses, Latin beats, Broadway showstoppers and bebop alongside its notably diverse cast."

"The new initiative is part of the 'Sesame Street in Communities' program, which offers free resources for community providers and caregivers on various topics, including tough issues like homelessness and traumatic experiences, according to Sesame Workshop, the non-profit educational organization behind the popular children's show.

"In new videos, 'Sesame Street' favorites like Rosita and Abby Cadabby learn that Karli's mother is struggling with a drug addiction and try to help the young Karli cope.

"The resources deliver special words to children whose parents are battling addiction: 'You are not alone. You will be taken care of. Addiction is a sickness and, as with any sickness, people need help to get better. And most importantly: It’s not your fault,' 'Sesame Street' said in a news release."

Adam Waller Freelance Producer
Adam Waller is a freelance producer for On Point.