Think about a time you helped out around the house, or the apartment — wherever you call home.

Did you set the table? Make the bed? Put away your books and toys?

We’re about to meet a boy who’s not big on doing chores around the house… until his house is turned upside-down! 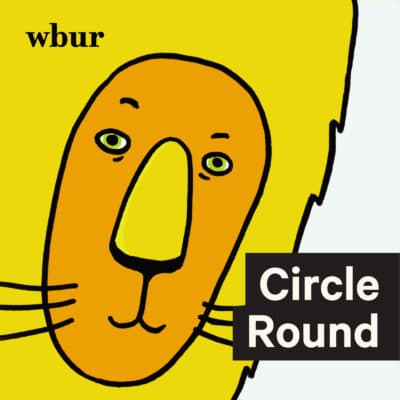 Our story is called “The Very Busy Fairies.” Versions of this tale come from Ireland and Scotland, in Northern Europe.

Voices in this episode include Elle Borders, Amy Brentano, Chris Tucci and Parker Bates. You grown-ups might recognize Parker from This Is Us, on NBC.

This episode was adapted for Circle Round by Rebecca Sheir. It was edited by Circle Round’s executive producer, Katherine Brewer. Circle Round’s original music and sound design is by Eric Shimelonis. Our artist is Sabina Hahn.

ADULTS! PRINT THIS so everyone can color while listening. We’re also keeping an album so share your picture on Facebook, Twitter, Instagram or Pinterest, and tag it with #CircleRound. We'd love to see it! To access all the coloring pages for past episodes click HERE. Our resident artist is Sabina Hahn and you can learn more about her HERE.

Things To Think About After Listening

What’s one thing you can do this week to help keep your home nice and neat? Maybe you can dry the dishes after a grown-up washes them… put your dirty laundry in the hamper… or clean up your puzzles and toys. Figure out one thing you can do, then go and do it. Something tells me the grown-ups in your life will be truly grateful — and proud!

“Trap” is short for “contraption,” and the contraption known as the drum kit (or drum set) got its start in New Orleans in the 1890s, when crafty musicians rigged the snare drum, bass drum, and cymbals of a marching band into a single contraption for the stage, so that one drummer could play them all. Jazz drummer Matt Wilson calls the drum set a “melting pot,” since it combines so many traditions; although it’s a uniquely American invention, it mixes elements from Africa (tom-toms), Asia (cymbals) and Europe (snare). The jazz trap kit usually consists of a bass drum, snare drum, tom, hi-hat and ride cymbal, making it much leaner and more compact kit than a rock kit.

NARRATOR: Not so long ago, in a town not so far away, a boy named Oliver lived with his mother. Like many children, maybe even you, there were many things Oliver enjoyed. For instance...

NARRATOR: But also like many children — maybe even you — there were things Oliver did not enjoy. For instance…

OLIVER: (not a fan) Going to bed early.

OLIVER: (full of detestation) Doing chores. I do not enjoy doing chores.

NARRATOR: One morning, after a big pancake breakfast around the kitchen table, Mom told Oliver she had an important meeting in town.

MOM: Sorry to rush out of here like this, kiddo! But listen, can you be a dear and wash the breakfast dishes while I’m gone...? And do the laundry...? And vacuum the floor...? (beat) Finish all those chores before I get home, and I’ll take you out for pizza tonight — your favorite! ... Whuddya say?

NARRATOR: Well, you know how Oliver felt about chores. But you also know how he felt about pizza!

So he promised he’d finish his chores before Mom got back. As the car started up and drove away, Oliver cast his eyes on the kitchen sink. It was piled high with dirty, sticky plates, bowls, pots and pans.

OLIVER: My goodness — how can one pancake breakfast make such a big mess? (beat) (sigh) Ugh. Washing dishes is the worst. The worst!

NARRATOR: The moment Oliver uttered those words, he heard a knock at the door.

OLIVER: Is Mom back already? Did she forget her key?

NARRATOR: As Oliver ran to the door and turned the knob, who should come barreling into the house… but a fairy!

NARRATOR: Oliver gasped as the tiny sprite zipped above his head...

NARRATOR: ...and swooped over to the kitchen sink. In an instant, dishes were banging and clattering as the magical creature set to scouring and scrubbing the plates, bowl, pots and pans.

OLIVER: (astonished, thrilled) Oh my gosh. Is this really happening? Is that fairy really washing the dishes for me? It’s like a dream come true!

NARRATOR: But then Oliver’s glance fell on the washing machine. Beside it was the laundry basket, piled high with dirty shirts, wrinkled pants and sweaty socks.

OLIVER: Oh, man. The laundry! I almost forgot! (beat) And I thought washing dishes was the worst...? No way! Doing laundry is the worst. The worst!!!

NARRATOR: Well… the minute Oliver spoke those words... do you know what happened?

He heard another knock at the door!

NARRATOR: And who should come speeding into the house when Oliver turned the knob… but one more fairy!

NARRATOR: Before Oliver knew what was happening, the second fairy whooshed past him...

NARRATOR: ...and flitted over to the washing machine. The fairy tossed a bundle of clothing into the washer, then cranked the machine on til it was whirring and churning, thumping and bumping.

OLIVER: (astonished, thrilled) Woah! This is incredible! (beat, pleased) So much for having to do the laundry, I guess! And for washing those breakfast dishes!

NARRATOR: But then Oliver remembered the third chore Mom asked him to do. Hanging his head, he trudged to the closet and pulled out... the vacuum cleaner.

NARRATOR: Well, the second Oliver said those words, I’ll bet you can guess what happened, right?

He heard yet another knock at the door!

NARRATOR: And one more fairy came streaking inside.

NARRATOR: Next thing Oliver knew, the third fairy dove toward him…

NARRATOR: ...and seized the vacuum cleaner from his hand. The fairy then flicked the machine on, and began zooming and vrooming it all over the house.

OLIVER: This... is awesome! If these fairies keep going, my chores will totally be done by the time Mom gets home! And that pizza will be mine!

NARRATOR: Grinning from ear to ear, Oliver plopped down on the couch and propped his feet up on the coffee table.

NARRATOR: This time, Oliver didn’t have a chance to even turn the knob on the door. Instead, the door flung wide open... and can you guess who came flying inside?

Well… I’ll give you a hint: it wasn’t one more fairy.

NARRATOR: We’ll find out who did come in to Oliver’s house… after a quick break.

NARRATOR: Welcome back to Circle Round. I’m Rebecca Sheir. Today our story is called “The Very Busy Fairies.”

NARRATOR: When we left off, just as Oliver was complaining about having to wash dishes, do the laundry and vacuum the floor before his mom came home, a trio of fairies came knocking at the door, and told him they would take over!

Just when Oliver thought he could sit back and let the fairies do all of his work for him… the door flung wide open.

And who should come flocking into the house but dozens...

Before long, hundreds of the tiny creatures were buzzing and humming all over Oliver’s house!

Some of the fairies were splashing in the kitchen sink... but they weren’t washing the dishes! Instead, they were floating through the air on soap bubbles and tossing the plates, bowls, pots and pans back and forth and back and forth, like a juggling act gone wild.

Other fairies were dancing around the washing machine... but they weren’t doing the laundry! Instead, they were tossing up clothing like confetti, and banging the washer’s lid open and shut, open and shut as the barrel whirred and churned, thumped and bumped.

Still other fairies were clustered by the vacuum cleaner, but they weren’t vacuuming the floors! Instead, they were riding the machine like a race car, careening around corners and knocking into walls!

Oliver ducked under the coffee table and covered his ears.

OLIVER: (freaked out, out of breath) Oh my goodness! When the fairies said they were going to ‘take over,’ I had no idea this is what they meant! (beat) I have to get them out of here before Mom comes home!

NARRATOR: Oliver thought for a moment — which was no small feat, given that he could hardly hear himself think!

But then he got an idea. Sticking his arm out from the coffee table, he reached up on top of the table and rummaged around all the books, magazines and remote controls until he found... the phone.

With sweating palms and trembling fingers, he dialed a very familiar number...

GRAMPS: (over the phone) Hello?

NARRATOR: Gramps was Oliver’s grandfather. He was the wisest person Oliver knew. Not only that, but Gramps told the best bedtime stories — often about magical creatures… like fairies!

GRAMPS: (over phone) Well hello, Oliver! Thank you for calling! (beat, noticing the noise) Say — what’s all that racket I’m hearing behind you?

NARRATOR: So Oliver told Gramps everything — how he’d complained about his chores… and how a whole mess of fairies barged in... took over… then turned the house all topsy-turvy!

GRAMPS: (over phone) Well, well, well... you’ve gotten yourself into quite a muddle, haven’t you, my boy? But don’t you worry. You’ve called the right person! (beat) Now, look — I know fairies. And if there’s one thing those mischievous little pixies adore... one thing they can’t get enough of… it’s a good-old mess.

NARRATOR: Oliver flashed his eyes at the chaos around him.

GRAMPS: But, my boy... if there’s one thing those fairies detest… one thing that makes them run away screaming... it’s order! Tidiness! Everything all nice and neat! Once something’s all cleaned up, those very busy fairies have nothing to get busy with! (beat) Soooo… here’s what I want you to do.

NARRATOR: Oliver listened as carefully as he could as Gramps laid out each step of his plan. After they said goodbye, Oliver closed his eyes and took a deep breath.

NARRATOR: Crawling on all fours, he crept across the floor and snuck out of the house. When he got to the front stoop, he reached up and rang the doorbell... while calling out the words Gramps had instructed him to say.

NARRATOR: And just like that, do you know what happened?

Every single fairy dropped what they were doing... hurried out of the house... and whizzed off down the road.

Why? Well, you see, Gramps knew that the Fairy Mound was the magical hill where the fairies made their home. And if they believed their home might be in trouble, they’d hurry back as fast as possible!

But Gramps also warned Oliver that once the fairies got to the Fairy Mound... and realized all was well… they would come scurrying back to make more mischief at Oliver’s house.

Which is exactly what they did!

NARRATOR: Or... tried to do, anyway! Because this time…

OLIVER: Come on in, folks!

And when the very busy fairies came bustling through the door, they didn’t get busy at all!

Because, just as Gramps had predicted, they had nothing to busy themselves with!

Next, he’d sprinted to the washing machine, which whirred and churned, thumped and bumped as Oliver washed every last shirt and sock til they smelled fresh as a daisy.

Finally, he grabbed the vacuum cleaner and zoomed and vroomed it all over the house, until every last inch of the floor was spotless.

So… by the time the fairies returned… Oliver’s house was anything but topsy-turvy. Instead, as the fairies immediately realized:

NARRATOR: Then the tiny pixies spun around and flew away. Perhaps they went back to the Fairy Mound… or perhaps they knocked on the doors of other children who were complaining about doing their chores!