“An inquiry is to be conducted by great and blameless men who measure what is done, and why, and how,” says the talking crocodile to the apartheid functionary. “They can beyond all ambiguity indicate when a vile act had a political purpose.”

I’ve been thinking about this bizarre but important moment, taken the from the 1997 play “Ubu and the Truth Commission,” ever since the heinous murder of nine African-Americans in the historic Emanuel AME Church in Charleston on June 17. The shooting has sparked numerous long-overdue debates, especially with regards to the public display of the Confederate battle flag, but one of the knottiest dilemmas has come over whether the killer’s actions should be designated as terrorism.

...the simple act of relabeling the massacre as terrorism automatically seems to grant it greater weight than if it were viewed in terms of pure racial hatred.

The debate over the word terrorism leads me back to the "Ubu" play, which my students and I have wrestled with over the past semester. This strange and difficult work, which premiered in 1997, attempts to make some sense of the aftermath of apartheid in South Africa and the efforts by its victims to achieve a measure of truth and justice for their sufferings. It mashes up the character of Ubu, the avaricious, brutal and stupid anti-hero of an infamous French avant-garde play, with sickening testimony from the Truth and Reconciliation Commission hearings in the 1990s.

The play casts doubt on the possibility of achieving anything close to satisfactory justice. Questions of guilt and motive become so confused and perverted as to be rendered meaningless, and the monstrous Ubu escapes punishment.

The play and the South African history that it reflects bear surface resemblances to the Charleston massacre. Both involve the effects of deeply racist societies; indeed, Dylann Roof embraced the flag of apartheid South Africa as well as the symbols of the Confederacy. However, it’s the question of how we judge and categorize these crimes that I find most compelling, and most troubling. 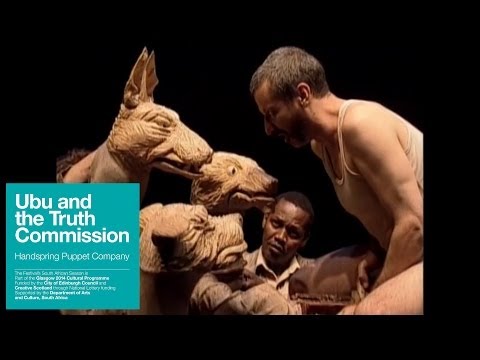 Terrorism has, in the years since 9/11, become especially loaded, as many Americans have recast it in narrow ethnic and religious terms to mean the murder of innocent civilians by Islamists. As the history of apartheid shows, however, terrorism has a more complicated history.

The racist South African regime had a variety of enemies, most notably the African National Congress, which maintained an armed wing, Umkhonto weSizwe, which fought violently against apartheid. The apartheid government and its allies in Washington, D.C., labeled the group a terrorist organization, and its members were barred from entering the United States. One of them was Nelson Mandela, who had helped to establish the group. Not until 2008 did the American government officially remove Mandela and the ANC from the terrorist watch list.

The legacy of violent struggle in South Africa is not unique. From pre-independence Israel to the Troubles in Northern Ireland, many groups with whom Americans have often sympathized have employed terror tactics in a bid to overcome perceived oppression. Looking farther back into our own country’s history, the same is true: from John Brown in the mid-19th century to the anarchists of the early 20th century and, in the 1960s, the Weather Underground. Going back even farther, we find Denmark Vesey, one of the founders of the Charleston AME Church, who was accused of and executed for masterminding a plan to help slaves rise up and kill their masters. The white aristocracy of Vesey’s day considered his actions an atrocity of unfathomable evil.

Terrorism, then, when considered in its historical context, describes a tactic that is more morally neutral than we might suppose. The cliché that one man’s terrorist is another man’s freedom fighter suggests the veneer, however thin, of legitimacy that the designation of terrorism can confer upon the vilest act.

It strikes me that, at least in moral terms, hate crime most accurately describes what Dylann Roof perpetrated. The term suggests no coherent ideological program, only small-mindedness and bigotry, without even the faintest stamp of reason, order, or sense.

...hate crime most accurately describes what Dylann Roof perpetrated. The term suggests no coherent ideological program, only small-mindedness and bigotry.

If calling the slaughter in Charleston an act of terror means that we accord the victims’ lives greater value, and if it means a more severe sentence for the killer, then by all means let us employ it for those ends. However, we should at the same time consider how it reflects on our society’s priorities that the simple act of relabeling the massacre as terrorism automatically seems to grant it greater weight than if it were viewed in terms of pure racial hatred.

One of the grimmer conclusions that my students and I have drawn from our time wrestling with “Ubu and Truth Commission” and the history that it represents is that, no matter how comprehensive the reckoning or how precise the language we use to categorize and condemn an act, it cannot erase the pain of what is already done. The best that we can do is to attempt to call events by their proper names, and to ensure that future generations do not forget their lessons.