Fenway Park is a tough place to make a debut. For players and for public service announcements.

And so, during a recent game between the Red Sox and Houston Astros, the debut of the “Take the Lead” PSA went about as well as you would expect.

The voices of local pro sports stars boomed from the main video screen. Mookie Betts. Devin McCourty. Patrice Bergeron. Marcus Smart. Dustin Pedroia. Matthew Slater. The players’ message: “If you hear something wrong, offensive or hateful. Speak up. Say something. Stand for our teams, but don’t stand for racism.”

Thankfully, subtitles were provided on a nearby screen because it was easy to lose words among the din of 34,222 fans. Some fans paid attention. Some went in search of their next hot dog or beer. Then, when the PSA finished, there was polite applause.

Athletes involved with PSAs and other awareness-raising, conversation-starting efforts are nothing new. In recent years, they’ve brought attention to racism, injustice, inequality and domestic violence. Or, tried to. So, it begs the question: What does it take to turn awareness into cultural change?

It certainly takes more than a slickly produced PSA.

The organizers and teams behind the “Take the Lead” initiative know that. At the initiative’s Fenway Park launch event, they placed the emphasis on “launch.”

Still, it’s easy to be skeptical about the staying power of such campaigns and their ability to make a difference. Red Sox president Sam Kennedy understands that. “This is not a box that you check,” he said at the launch event. “This is something you have to continue to talk about within the walls of your front office, your clubhouse, your home.”

The anger that first prompted the kneeling and arm linking is quickly receding and a certain amount of box checking is creeping in.

The “Take the Lead” initiative came together after two race-related incidents at Fenway Park earlier this season. Those incidents motivated Boston’s pro teams to join forces to combat racism and hate speech. And in a gift of good timing, the PSA debuted as the intersection of sports, politics and culture dominated national headlines.

That started when President Trump called any NFL player who protests the national anthem a “son of a bitch.” NFL players, owners and coaches responded with silent protests during the national anthem, some kneeling, some linking arms, some raising fists and some staying in the locker room when the Star Spangled Banner was sung during week three of the NFL season.

With athlete activism in the NFL front and center, the “Take the Lead” video brought to mind the football league’s “No More” campaign against domestic violence. That featured powerful PSAs with NFL players saying, “No more boys will be boys…No more why didn’t she tell anyone…No more she was asking for it…No more excuses.” The last screen reads: “Together we can end domestic violence and sexual assault.” Remember that initiative? It debuted almost three years ago, or 13 domestic violence-related NFL player arrests ago. Depends how you mark time. 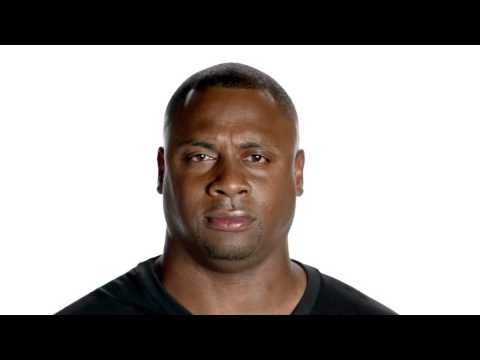 Unfortunately, these days, it usually takes the arrest of an NFL player on domestic violence charges to thrust the issue back into the spotlight.

So, beyond talk and more PSAs, what’s next? How can sports use its many platforms to tackle social issues on a sustained rather than an incident-driven basis?

The organizations behind “Take the Lead” are in the early stages of planning for a fellowship and career fair. The primary goal of both: Create opportunities for young people of color in sports, whether that’s in game-day operations, marketing, media or other parts of the sports landscape. With something as entrenched as racism, focusing on the next generation is smart. But it won’t mean much unless the fellowship and career fair become true launching pads for widespread employment opportunities in sports.

The five-team collaboration has a better chance at sustainable success if it becomes something more than a campaign pushed and promoted by the powers-that-be within local sports organizations.

Now, there’s nothing wrong with pro teams providing an initial push. The Red Sox, Patriots, Celtics, Bruins and Revolution deserve kudos for recognizing that they’re, as Kennedy said, “accountable for having these conversations” about racism. Still, it’s better when players and larger community take ownership. Or, at least, feel that they have some stake in what’s going on.

That’s why the NFL bears watching. Week to week, the players are trying to figure out what’s next. This past Sunday, in week four, it was another mixed bag during national anthems, though most kneeling took place before any singing and most teams opted for linked arms during the Star Spangled Banner. The Patriots stood for the national anthem with their right hand over their heart and their left arm around the player next to them.

The overall impression: The anger that first prompted the kneeling and arm linking is quickly receding and a certain amount of box checking is creeping in. That makes what’s next pretty murky. Maybe thoughtful responses such as the Seattle Seahawks’ players raising money for police training and better educational opportunities for minorities will be copied.

It’s naïve to think the president is done disrespecting and, unintentionally, catalyzing pro athletes. In these strange times, maybe that’s not such a bad thing. Potentially, it gives athletes and teams more opportunities to figure out the most effective way to get beyond conversation starting.