In the ancient Greek play “Lysistrata,” women conspire to withhold sex in a protest of ongoing military strife. In a modern real-world parallel, some women are withholding their fertility to protest inaction on climate change.

A recent article in The Guardian reports that the BirthStrike movement began on social media in England. Convinced that catastrophic climate breakdown in the not-distant future is inevitable, Blythe Pepino, 33, came to the conclusion that inflicting such a bleak fate on a child would be cruel.

Then, that personal conviction became a political manifesto.

“We, the undersigned, declare our decision not to bear children due to the severity of the ecological crisis and the current inaction of governing forces in the face of this existential threat,” reads the opening of an online declaration. The message is simple yet provocative — the specter of climate change has become so ominous that the women of the BirthStrike movement have chosen to forego the elemental human experience of having children. By politicizing their decision to do without offspring, they are sounding an emphatic alarm. 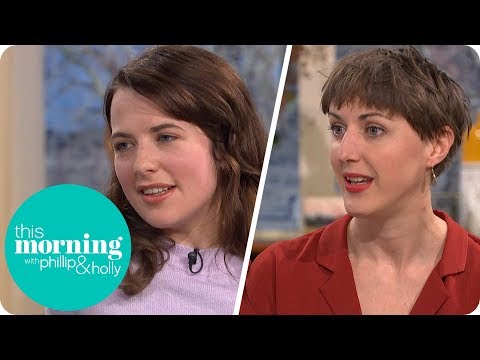 Well before this recent activism in England, the idea that impending climate calamity argued against reproduction was already circulating among young people on this side of the Atlantic. An article in the New York Times published over a year ago profiled several women in their child-bearing years who are troubled by the prospect of environmental devastation, including one woman who would “go off birth control tomorrow” if climate change were not a threat. That piece also highlights an American organization named Conceivable Future, whose call to action is predicated on the idea that a woman’s right to reproduce should not be burdened by a future that climate change has predetermined to be inhospitable to human development.

And just last month, Congresswoman Alexandria Ocasio-Cortez underscored the legitimacy of asking whether — with climate disasters on the near horizon — it’s “still OK” to have children. Her remarks triggered harsh criticism from conservatives, but the zeitgeist is on her side. A poll by Business Insider showed that 38 percent of millennials today agree the threat of climate change is significant among the factors to be considered in the decision to start a family.

The BirthStrike movement takes that decision to the next level, from individual resolve to activist stance. By leveraging their concern as a political tool, the BirthStrikers stand in support of broad mobilization to combat global warming.

[Having a child] is a declaration of optimism, a repudiation of fear, a defiant step forward.

But what if remaining childless in the face of climate change is only compounding the tragedy of planetary decline? What if the BirthStrikers stand to lose more than they gain?

Consider the case of David Wallace-Wells. He is the author of the recent best-seller “Uninhabitable Earth,” which contains a sobering litany of the many ways the world’s ecosystems are under assault by global warming. He is also a new father. Although thoroughly steeped in the scientific literature of climate doom, he and his wife chose to have a baby last year because they retain a whiff of hope. “Further degradation isn’t inescapable, it is optional,” is what Wallace-Wells says he would aim to convey to his new daughter.

The hopefulness inherent in electing to have children is inseparable from the procreative instinct that enables the human species to persist. And the knowledge that civilization as we know it might have only a few generations remaining, makes that hopefulness not only more poignant but more necessary. At this juncture, an embrace of all that affirms our human qualities is the positive, constructive and ethical path to follow.

But what if remaining childless in the face of climate change is only compounding the tragedy of planetary decline?

So having a child in 2019, rather than resolving not to do so, can be construed as a kind of political statement, different from the one the BirthStrike movement is making. It is a declaration of optimism, a repudiation of fear, a defiant step forward.

What the BirthStrikers can legitimately claim is that they have made a sacrifice — by forswearing procreation, they authenticate their call for radical action on climate change. The point is taken, and their intentions are laudable. Still, there are other means to establish a moral advantage that do not diminish our humanity.

“Lysistrata,” a comedy, has a happy ending, with men and women singing and dancing together. Given what climate science is telling us, the current chapter of human history appears likely to end in tragedy. The prospect of that outcome should lead us to celebrate — not shrink from — the things that make us most human.