“L’État, c’est moi.” I am the state. The declaration attributed to King Louis XIV who ruled France for 72 years, is the central maxim of absolute monarchy. The line between in the national interest and that of the ruler does not exist.

The American political system was in many ways conceived as the polar opposite of that of 17th-century France. The founders devised a complex set of checks and balances intended to keep our branches of government in competition with one another. Recent events have begun to lay bare the weaknesses of a system designed for intra-branch competition, where partisan competition is the primary driver in domestic politics. Thus far, this system has not collapsed.

It is in the realm of foreign affairs, however, that years of the secession of congressional power have most eroded the traditional checks on the executive branch. When it comes to this area, the president’s power is now at its zenith.

President Trump has made plain that he sees no distinction between the national interest and his own. He treats the attorney general as his personal attorney, sacks individuals he views as insufficiently loyal to him personally, and responds to political criticism with accusations of treason.

President Trump has made plain that he sees no distinction between the national interest and his own.

It is in foreign policy where the fruits of this attitude are most evident. The president ordered the withholding of congressionally appropriated military aid to Ukraine to pressure that country’s leader to announce an investigation into the son of a political rival. While one may argue whether or not providing weapons to Ukraine to fight Russia furthers the United States’ strategic goals, a substantive policy disagreement with Congress and the national security establishment is clearly not what motivated the president.

Republicans’ defenses of the president over the Ukraine matter have been largely incoherent, but the most popular appears to be this: President Trump was well within his authority to withhold the aid, and did nothing illegal. While this assertion is certainly debatable, it is striking to see members of the legislative branch essentially admit that whomever occupies the Oval Office will have carte blanche in matters of international relations. 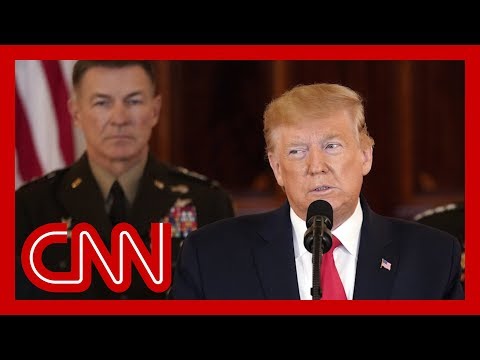 Following retaliatory missile attacks by the Iranian military on American bases in Iraq, the president declared that Iran “appears to be standing down, which is a good thing for all parties concerned and a very good thing for the world.” This token nod to de-escalation was followed by an announcement that the administration would put new sanctions on Tehran and a call for other parties to the 2015 Iran nuclear deal to withdraw from it. It does not take a graduate degree in international relations to see that a tactic of increased pressure on the regime is likely exacerbate tensions rather than ameliorate them.

Along with a deep-seeded xenophobia and an allergy to federal regulations, one of Donald Trump’s most consistent instincts appears to be a sincere opposition to endless wars in the Middle East. He bucked his advisors when he abruptly withdrew troops from Syria, and again, when he called off an airstrike on Iran at the last minute. On the campaign trail he railed against the war in Iraq and the activist neoconservative foreign policy of the Bush years.

Yet for Trump, no issue is more important than undoing the legacy of his predecessor. The escalating tensions with Iran began with his unilateral withdrawal from the nuclear deal brokered by the Obama administration.

[For] Trump, no issue is more important than undoing the legacy of his predecessor.

I sincerely believe that the president does not want a war with Iran, but he appears to lack the basic understanding of the consequences of actions on the international stage to avoid it. His statements on Wednesday only confirmed Iran’s fears that the U.S. would continue to apply maximum pressure. This is likely to embolden more radical voices in the Iranian government and make further crises more likely.

In killing Soleimani, Trump likely expected the kind of favorable coverage that followed the strike that killed ISIS leader Abu Bakr Al-Baghdadi in October. Based on the rhetoric from the White House characterizing the attack as the killing of a terrorist, it appears that he did not recognize the difference between taking out the head of a stateless extremist organization, and assassinating the equivalent of the director of national intelligence of a large regional power with land, air, and sea capabilities, a global network of terrorist proxies, and a newly revitalized nuclear weapons program.

I would urge Congress to restrain the president’s war powers, though it may be too late to prevent a conflict.

Regardless of what happens next, recent events serve as a potent reminder: In matters of war, Donald Trump is now the state. The lives of American service members are subject to his whims.