I started playing soccer almost 20 years ago, at age 45. After years on the sidelines cheering for my daughters, I longed to give it a try. I ran three times a week, but I had never played a team sport. I found other Massachusetts moms who were eager to play, and soon I was running after the ball. I loved it.

Though I didn’t know it at the time, a group of women in Limpopo, South Africa, were having a similar experience. In 2007, some grandmothers met for a daily exercise program. A few boys were playing soccer on the same field. When the ball rolled toward one of the grandmothers, she booted it. The women laughed as the ball veered away from the boys. The organizer of the exercise group, Beka, approached the teenager and said, “Show the grandmothers how to kick the ball.” The next day, the women asked to play again.

The sight of older women playing soccer raised a stir in town. “Grandmothers do not play soccer,” they were told. “You belong at home caring for the grandchildren.” But these 50 to 80-year-old women would not be discouraged. Known as the Soccer Grannies, they did more than score goals: playing lowered their blood pressure and improved their cholesterol. Pain receded, and their range of movement increased. Soccer has  no age limit. 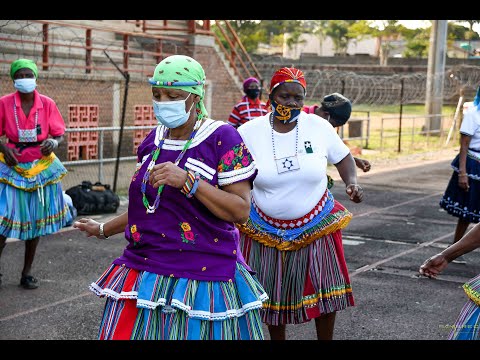 Our lives intersected in 2010, when South Africa hosted the World Cup, and a video of the Soccer Grannies was shared with my team. Inspired that we could also play into our 70s and 80s, we forged a transatlantic connection. Our teams played the beautiful game together on both sides of the Atlantic. I knew we would connect on the soccer field, but it was the way these women expressed their life experiences through song and dance that captured my heart.

Ten years after the first Granny kicked that ball, Beka had 84 teams of grandmothers across every province in South Africa. More than that, Beka had big dreams for 2020: she would host a tournament for older teams from around the world. I rallied my teammates, and we marked our calendars to join the tournament.

But the pandemic brought Beka’s plan to an abrupt halt. In Massachusetts, I felt scared and helpless as COVID fanned out around the globe.

In September, 2020, in the midst of the pandemic, the president of South Africa addressed the people: “Celebrate our South African heritage. Join the Jerusalema dance challenge that is spreading across the world. Demonstrate our good music, good dance, and good moves.” A 25-year-old musician from Limpopo and a gospel singer created the Jerusalema sensation that catapulted to the top of music charts across Africa and much of Europe. Doctors, nuns and those Soccer Grannies rose to meet the president’s challenge.

Twenty grandmothers dressed in traditional Tsonga attire paraded onto a grassy field in Limpopo. The first beats of the music began.

Eight thousand miles away, I leaned forward and expanded the YouTube video to fill my screen. Twenty grandmothers dressed in traditional Tsonga attire paraded onto a grassy field in Limpopo. The first beats of the music began. The grandmothers reached for the sky with arms swaying. I smiled as I recognized the faces of my friends of my sister team. From my desk in Massachusetts, I watched the dancing with delight.

The grandmothers shimmied their hips, sending the tight pleats of their knee-length skirts into a frenzied vibration. Adorned with beaded headbands, necklaces and bracelets, they all wore masks and stayed six feet apart as they danced.

The video closed as the players circled, heads bowed in prayer, and the Grannies walked off the field as the music faded. I appreciated being able to see my friends during the pandemic, even if only through a screen. 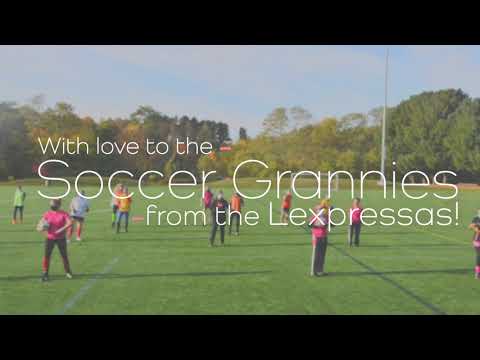 As the pandemic spread, I imagined how scared the Grannies must have been, no doubt reminded of the devastating HIV/AIDS epidemic. I read about food insecurity and violence against women spiking in South Africa. Beka delivered bags of corn meal to local villages, then she made a request.

Finally, something I could do.

I was back on the soccer field in Massachusetts, reunited with my friends after months of lockdown. The Jerusalema blared through a portable stereo system. One player filmed and another cued us through the steps. We flicked our hips, shuffled left and right, walked forward, tapped a toe and changed direction. We danced to send a message of love and support.

We wove photos of the Grannies into our video to tell the story of our friendship with our sister soccer team in South Africa. Tears welled up as I watched. I wondered if others would feel the love, as I posted it to YouTube and forwarded the link to Beka. She messaged me later that day:

Watching the dance by our sister team, through their effort and courage I realize that if we come together with love, we can change the world and be one. Soccer brings us together.

I breathed more easily knowing  we would emerge from this pandemic and dance together again, on the soccer field.