When I was eight or nine years old, I won a coloring contest, sponsored by my local KMart. My winning masterpiece — an Easter bunny, carefully colored in and with perfect crayon shading — hung next to a Polaroid of my gleeful face on a bulletin board by the store’s sliding doors. I had never won anything before, so this victory was especially exciting. The win came with what was an extraordinary prize to me at the time: a $10 gift certificate to the store.

I remember my mother waving her arms out toward the aisles of merchandise, encouraging me to pick out whatever I wanted. My decision was easy. The only thing I wanted at that age was Olivia Newton-John.

I already knew who she was, thanks to an early obsession with the movie “Grease,” which I had seen in the theatre a few years earlier. I was too young to understand the plot and completely misunderstood Rizzo’s storyline, but Olivia Newton-John imprinted on my mind as a core memory. She dazzled on the screen as Sandy — beautiful, warm and engaging. And she could sing! Her voice quickly became the soundtrack to my childhood: a light, effervescent disco-pop that still to this day makes me smile.

I used all $10 of my prize money to purchase the “Xanadu” soundtrack. The movie wasn’t as much of a favorite as “Grease” (though I did like all of the roller skating), but that record quickly went into regular rotation. I played “Xanadu” and the “Grease” soundtrack on repeat, lying on my back, staring up at the ceiling, singing along with lyrics I didn’t quite get. This was back in the days when vinyl was king and when you had to be careful not to bump against the turntable, lest the needle would scratch your beloved LP.

I listened to the "Xanadu" soundtrack again on repeat this week -- streamed on Instagram and YouTube -- when I learned Olivia Newton-John had passed away at age 73 from breast cancer.

“ONJ," as I remember calling her, was the first musician I adored independent of my parents, someone I’d chosen to cheer for and sing along with, the first time I became fascinated by a celebrity. I learned everything about her, examining atlases to figure out how far her homeland of Australia was from my small town in New Jersey. I memorized her lyrics, and I saved up for her subsequent albums. With the launch of MTV, I excitedly watched her “Let’s Get Physical” video, thrilled by this new presentation of the music I loved. She always seemed so accessible, so real, and I fully expected, when I grew up, to have a child named after her. (I don’t, but I did come close to naming my daughter Olivia.)

As disco retreated from popularity, and as I grew up, my musical preferences evolved. I moved on to Blondie and Pat Benatar, to Madonna and Cyndi Lauper, to Duran Duran and U2. I don’t know what happened to my copies of “Xanadu” (which is unfortunate, since some of them are worth thousands of dollars) or “Grease”; I suspect they were donated, replaced by cassettes for my bright yellow Sony Walkman, and later by CDs.

Over the years, whenever Newton-John was on television or in the news, I’d pay attention, but she was always someone from my childhood, a memory of a time long since passed. I connected to her mostly by accident — when friends dressed up as Sandy for Halloween, or when I’d switch the dial on the radio and fleetingly catch one of her songs.

“ONJ” became one of those stories for me, and I’m grateful for the years I could look to her as someone who was more than her cancer.

She took on a different role in my life, however, when I was diagnosed with breast cancer seven years ago. Olivia Newton-John became a touchstone, a person who had thrived despite this disease, continuing to entertain audiences and inspire fans.

Knowing she’d lived decades past her initial diagnosis — becoming an advocate for breast cancer and even starting a foundation dedicated to cancer research — offered hope at a time when I was filled with fear. Since it’s so easy to fall prey to bad news, I knew then that I needed to collect stories of women who had overcome their illnesses to raise their families, succeed at their careers, and live fulfilling lives. “ONJ” became one of those stories for me, and I’m grateful for the years I could look to her as someone who was more than her cancer.

Now that I’m on the other side of diagnosis and treatment, when my visits to the oncologist are short, positive and filled mostly with updates about my kids, I know that the strength I found in Newton-John’s story — and the stories of other women who had survived breast cancer — were critical in showing me the future I wanted for myself. It’s why, now, I’m always the one to volunteer to talk to someone who is newly diagnosed. Neighbors, friends, friends of friends — all are sent to me for late night phone calls in which they cry and rage and ask for help. I share my experience, but mostly, I listen, and I help them see they’re not alone.

My almost-named Olivia daughter has never seen “Grease” or “Xanadu,” oversights we’ll rectify before the summer ends. Both movies may be out of date and not to my daughter’s liking, but I’ll joyfully sing along with every song, even while she groans at how off-key I am.

That’s the thing about childhood heroes — our memories of them may become fuzzy and worn over the years, but we remain hopelessly devoted to them. 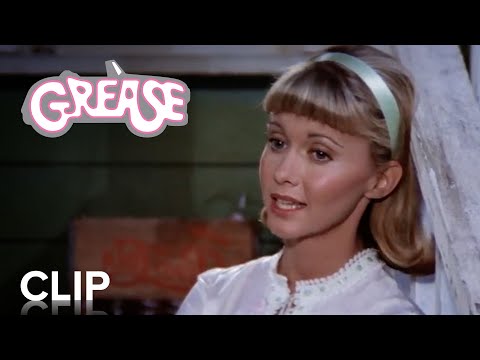