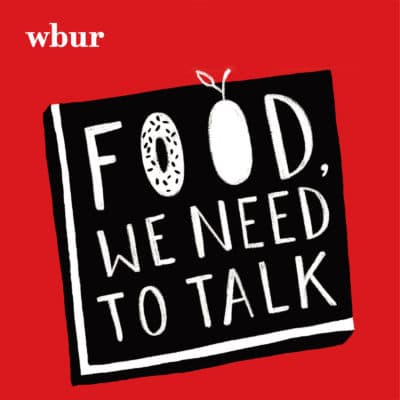 Juna says it straight out: Her freshman year in college, she developed an eating disorder. And over the six years that followed, she tended to alternate between extreme dieting and uncontrollable binges.

As Eddie reassures her, she's far from alone: Eating disorders like anorexia or bulimia are relatively rare, but he says an estimated 14% to 22% of the American public experience disordered eating. This is a broad category that includes people with eating disorders and people who don't fill all the criteria for a diagnosis, but who suffer very real eating-related distress.

Based on her peers, Juna would have guessed those numbers were much higher.

"I think it was pretty normal for people, if they felt overweight, to not eat the next day or over-exercise," she says of her college friends. "I never thought there was anything wrong with what I was doing."

Making "Food, We Need To Talk" has been therapeutic for her, she reveals in episode 11, both because it helped her face some truths about how restrictive eating tends to backfire and because interviewing experts about people with eating disorders prompted her to face facts: "Oh, yeah, that's me. I did that."

Follow "Food, We Need To Talk" on Instagram here. Take our listener survey here, and help make the podcast even better!