Editor's Note: This segment was rebroadcast on July 24, 2019. That audio is available here.

Linguist Lynne Murphy explores the differences between British and American English in her new book "The Prodigal Tongue: The Love-Hate Relationship Between American and British English."

Those differences — and the love-hate relationship they've helped form — have been fodder for comedians, especially on television. 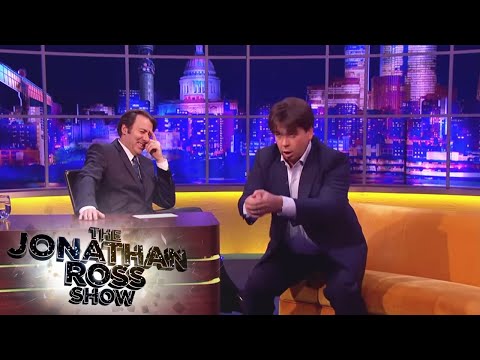 "There's a general fear of American English coming and taking over from British English," Murphy (@lynneguist) tells Here & Now's Robin Young. "And so when new American words appear, when British people order things in coffee shops saying, 'Can I get a latte,' or something like that, people get upset, because it sounds like they're not as British anymore."

On anxieties in Britain about American English

"British people worry about the word 'cookie,' has come over, the word 'french fries,' or just 'fries,' has come over. A lot of things to do with eating and food, because American food has become very trendy lately. But people worry about those words replacing good old British words, that they'll now say 'cookie' instead of 'biscuit.' That's not always what happens — often the new words carve out their own little place in the British ecosystem."

"There's a general fear of American English coming and taking over from British English."

On Americans perceiving the word "bumbershoot" as a British one

"[It's] not a British word. But it gets represented as a British word in a lot of American representations of British-ness. So in the film 'Chitty Chitty Bang Bang,' they're saying the word 'bumbershoot' as if it's a British word, but it's not — it was Yale College slang in the 1920s and '30s, and somehow, people started assuming it was an English word, because it was unfamiliar and it had to do with rain."

On the roots of the differences between American and British English

"In Britain, it's always been the language of the upper classes that's been emulated. And in America, we were supposedly getting rid of that sort of aristocratic class, and therefore we needed a new way to speak that wasn't sort of bowing down to that part of society. [American lexicographer Noah Webster] also felt like we needed to be united, and so we should try to get rid of the differences that we had, because people came from different parts of England, or were developing different ways of speaking, different parts of the country. So he also was looking to standardize what Americans did."

On Webster's recommendations about what words and spellings to use

"He was very concerned with the spelling system. So he was trying to get us to use spellings like 'color' without the 'u,' or 'theater' with an -er, rather than an -re. But he went even further than that — he wanted us to spell 'is' as 'iz,' and 'tongue' as 'tung.' So a lot of the changes that he wanted to make happen, he didn't make happen. But still in England at that point, people were arguing whether 'color' should have a 'u' or not. And so Americans went one way, and Britain went the other."

On whether technology has helped erase language differences

"You'd think so. But part of what's happening is people are trying to put out their own identity, and so, if you're spelling on the internet, the way that you can show what country you're from is to spell a certain way. We've seen in the last sort of 30 years an increase in British people spelling words like 'realise' with an 's' instead of a 'z' — that was always something you could do in British English, but it wasn't something you had to do. And now that they're interacting with Americans more, more and more British people are seeing the 's' as something they have to do in order to show their British-ness."

On noticing these differences as an American in Britain

"I hear things that are unfamiliar all the time. Every time I go to an administrative meeting at the university, someone will use some cliche I've not heard before. So I'm always noting things down, learning new things. But at the same time, because I do live in this culture, because I do want to be understood and because I don't want to be made fun of every time I open my mouth, I say 'maths' ... my vowels have shifted a bit, I say my 't's' more sharply. And that's all because of living in it."

In 2012 a British learning-disability charity quizzed over two thousand adults on their spelling and found that about a third could not spell definitely. The headlines that followed proclaimed that the population had become too dependent on spell-checkers, which had ruined our ability to spell. Those headlines made me more concerned for the population’s critical reasoning faculties than for their spelling. The fact that a lot of people in 2012 couldn’t spell tells us only that a lot of people in 2012 couldn’t spell. Unless we know how well people in 1972 spelled, we cannot know that spelling skills have worsened. In fact, we should be open to the possibility that spell-checkers help us to learn spelling. If not for the gentle insistence of spell- checkers, I am sure I’d still be spelling accommodation with one m. Technology can teach.

But people like to blame technology. And so Britain worries about American “spelling imperialism,” which BBC broadcaster John Humphrys says “now stretches via your desk-top through spellcheck,” resulting in “a deep sense of grievance at what the Americans are doing to us.” I’ve had to listen to this grievance (a lot), but I haven’t seen the damage. Awareness that Americans spell things diﬀerently seems to have ignited a newfound sense of orthographic patriotism in many Brits. Sure, you’d probably find more color in Britain today than fifty years ago because there are people who have not figured out how to change the dictionary in their spell-checker or auto-complete feature. But British English has not succumbed to color; it is still considered to be a misspelling.

The case of -ise and -ize, on the other hand, indicates that technology may be moving “correct” spelling in the US and UK away from each other rather than merging them. It’s a complicated situation with a complicated history. The -ize spelling is a way of representing a Greek spelling in English using the Latin alphabet. But the French spell the same suﬃx as -ise. Some of these words came into English from postclassical Latin, which used the Greek z (characterize from characterizare), some from French with an s (specialise from spécialiser), and some were invented in English by using -ise or -ize as a suﬃx. For instance, apology gave rise to apologise (and later apologize) and personal got the verb form personalize (and later personalise).

Then in the 19th century, use of the suﬃx exploded. The Oxford English Dictionary records about nine hundred new -ize words from the 1800s. That’s as many -ize words as had been added to English in the previous six centuries and three times as many as they record for the 20th century. The year 1825 gave us lionize, minimize, and objectivize. The 1850s were good for euphemize, externalize, and serialize. Most of these new words were British before they were American. This verbifying suﬃx-fest coincided with—maybe even spurred on—the mid-1800s British shift towards preferring the -ise spelling for both new and old verbs. This shift may have been inspired by the large number of 19th-century -ise words that were borrowed directly from French, including galvanise, mobilise, and polarise.

The 19th-century rise of the -ise spelling in Britain coincided with its downfall in America. Noah Webster’s shift to -ize makes the spelling correspond unambiguously to the /z/-ful pronunciation (-ise can also be pronounced with /s/, as in promise, anise, and vise). But while the shift to -ize is one of Webster’s most successful interventions, it’s also terrifically incomplete. Americans don’t use a z in the verbs advertise, merchandise, surprise, or compromise, though they’re all pronounced with /z/. There are historical explanations for some of the exceptions, but the facts of the matter are: Webster’s change made American spelling more stable, in that it reduced the number of spelling options, but it didn’t make the spelling completely regular.

While Americans had made a firm decision about how to spell the suﬃx, the British didn’t feel a particular need to conform. The preference for -ise in the 1800s was reversed (at least for some words) after the publication of the Oxford English Dictionary, starting in 1884. Faced with many words with complicated spelling histories and usage, the OED editors decided to treat all the words the same and to present the -ize spelling before the -ise one for each verb. They chose -ize on the grounds that the suﬃx goes back to Greek, even if not all the words containing the suﬃx do. The z spelling became more popular with British publishers after the OED, but the s spelling was still considered an acceptable alternative.

Things went wrong for the British z in the 1990s. In the 1990s, The Times in London and Cambridge University Press suddenly switched allegiance to -ise after preferring -ize for the seventy years prior. At this point, spell-checkers had been readily available for about a decade, but since they allowed both -ise and -ize in British English, documents could pass muster while confusingly spelling the same word in two ways. The internet had recently been rolled out to the public, giving people more opportunity to read other countries’ spelling than ever before. These developments led to two lines of thinking:

And so people started believing that -ize is American (perhaps even believing that the spelling was invented in America) and that it is simply wrong in Britain. A spoof “message from the Queen” that does the rounds after US elections declares that Her Majesty is retaking the colonies and “the suﬃx -ize will be replaced by the suﬃx -ise,” as if -ize is not British. There’s even reluctance to use -ize among those who know that the fashion for -ise is recent. A 2011 letter in the British Medical Journal quotes Fowler’s Modern English Usage:

The primary rule is that all words of the type authorize/authorise, civilize/civilise, legalize/legalise may legitimately be spelt with either -ize or -ise throughout the English-speaking world except in America, where -ize is compulsory.

But then the letter writer concludes:

Speaking purely personally, I think that anything that is compulsory in America should be avoided.

Our globalized communication culture hasn’t killed oﬀ -ise; it has strengthened it. -Ise is not just a suﬃx; it is a badge of honor, declaring to all and sundry, I AM NOT AMERICAN. True to form, when wanting to look not-American, British English looks more French.

From THE PRODIGAL TONGUE: The Love-Hate Relationship between American and British English by Lynne Murphy, published on April 10, 2018 by Penguin Books, an imprint of Penguin Publishing Group, a division of Penguin Random House LLC. Copyright © M. Lynne Murphy, 2018.

This article was originally published on May 11, 2018.