Editor's note: This story was rebroadcast on Nov. 10, 2021, as part of our COP26 climate conference coverage. Click here for that audio.

Despite some environmental gains, the Global Carbon Project reports that carbon dioxide from fossil fuels reached a record high, even as they agree that current levels are contributing to the worst outcomes of climate crisis, including food shortages, droughts, storms and fires.

In many ways, Iceland is ground zero for climate change. In July, a funeral was held for one of its 300 glaciers — all of which are melting.

Ironically, the glaciers are also one of the premiere draws for tourists who are fueling the country’s economy while simultaneously giving the island the highest C02 emissions per capita in Europe.

The country’s second-largest industry, fishing, also depends on healthy oceans and stable water temperatures, which are both in jeopardy due to climate change.

As part of its continuing coverage of climate crisis, Here & Now recently visited Iceland to find out more about these challenges. That journey started with a trip to the Sólheimajökull Glacier.

Standing by a gray lake on a black beach of broken volcanic rock in the pelting sleet, the Sólheimajökull glacier guide gestures to the blue ice in the distance. She explains that only 10 years ago, the glacier stood where we did. Since then it's receded about 800 meters, roughly the distance of eight football fields.

“My advice is to take a mental picture of Sólheimajökull, because maybe next time if you will be back, it will be disappeared,” tour guide Linda Rose Lilly says. “Everything changes every day.” 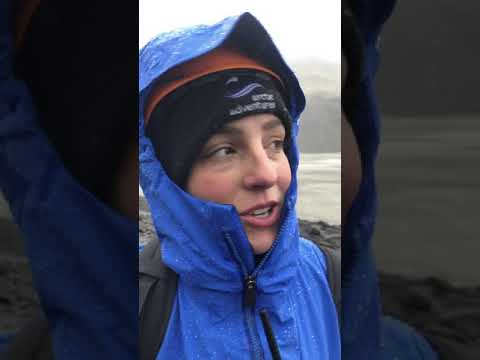 "Our glaciers are retreating and there are a few others that have lost their recognition as a glacier in the last few years," he adds, referencing Okjökull, "Ok glacier” in Icelandic, which was eulogized by the country's prime minister last July.

The loss of glaciers, Guðbrandsson says, has serious environmental and economic consequences. One issue is the change in water runoff. 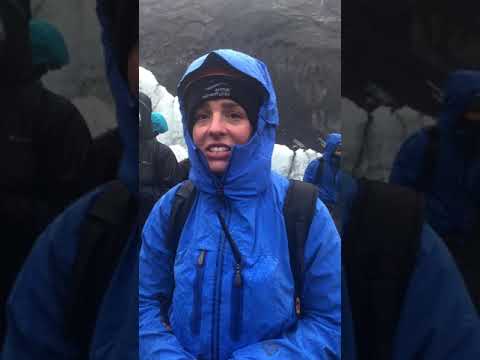 "Some of the glacial rivers that we have we use as a means of producing electricity,” he says. “Most of them, they flow freely to the ocean, and the impact of the glacial till on ecosystems of the oceans is not known enough."

Guðbrandsson says the glacial till — the bacteria and nutrients in the soil — is critical for the flora and fauna that have depended on it for centuries.

He also points to the lesser-known issue of rising land, which is also wreaking havoc on some southern towns. "You have less mass on the land so it simply lifts up,” Guðbrandsson explains.

In some areas that means boats can no longer leave the harbors, except at high tide, because of new ridges in the land below. Rising land is also twisting underground pipes and infrastructure.

And within some glaciers there are volcanoes, which are more likely to erupt because there is less ice weighing them down, Guðbrandsson says. The eruptions are particularly disruptive to farmers who are affected by falling ash, which destroys their crops and impacts sunshine needed for growing.

When Guðbrandsson was growing up on a farm in Iceland’s west coast, he says his grandmother would name the mountains and glaciers they could see from her house.

"There were four glaciers we could see on the horizon and one of them was OK," he says, referencing the glacier that died last summer. "And probably if things continue, a second one will have disappeared."

“It's very symbolic, the glaciers, the way they mentally affect us,” he says. “I'm not sure if we fully understand the social and emotional changes related to that.”

Guðbrandsson says the government is fighting back with policies, including carbon emissions reduction with the goal of being carbon neutral by 2040. There's also been talk of putting a carbon tax on flights in and out of the country.

And he says, there have also been successes.

"Almost 100% of heating is from geothermal and hydro [power],” Guðbrandsson says. “Then we also need to look at fisheries and agriculture and tourism."

Tourism to Iceland is inextricably tied to driving and flying, he says, with the number of visitors climbing from 300,000 in 2009 — roughly the same number as the country’s population — to roughly 2 million in 2018. 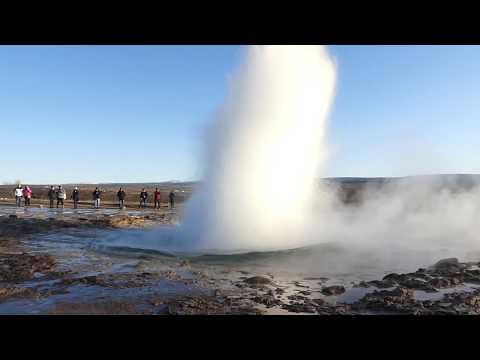 At the Strokkur Geyser, tourists gather around and watch as the plume of water erupts sometimes 65 feet into the air. There are signs warning people to stay off muddy embankments and away from the boiling water.

Tourist Wendy Tim of Rochester, Minnesota, says she recognizes the irony that tourists, the very people who are enjoying Iceland's rugged nature, are also responsible for destroying it.

When asked if she would pay a carbon tax on her flight, she says, “Fine, no problem.” She also likes the idea of planting trees in the country, something that some groups of tourists are already undertaking.

A Texas family, who identifies themselves as the Robinsons, warms up in the visitor center next door. Mrs. Robinson gestures towards her adult son, “We want him to see the glaciers and geysers because who knows if his kids will?”

Skarphéðinn Berg Steinarsson, director general of the Icelandic Tourist Board, agrees that tourism in Iceland is just starting to become a major industry. The boom, he says happened with a trifecta of events, starting with a banking crisis that devastated the country’s economy, making it a very inexpensive travel destination.

Next, came the eruption of the Eyjafjallajökull volcano in 2010, which grounded much of Europe's air travel — affecting 20 countries — for nearly a week. That turned the world's eyes on the then-little-known island.

Steinarsson says he is happy to receive international visitors but has his concerns. His agency has created a Tourist Site Protection Fund and Quality and Environmental System, awarding a special certification to tourism sites that meet its environmental standards.

"Many of these sites are sensitive and are not prepared to get all the visits that this is bringing," he says.

Safety has also become an issue because many people arrive unprepared for conditions in Iceland, Steinarsson says.

"There are people who have not experienced darkness, driving conditions, snow, rain, wind,” he says.

“There are visitors here who have not experienced being totally alone," he adds, noting that in many areas of the country, it's impossible to call for immediate help, meaning precautions must be taken.

The key, along with creating better infrastructure, is educating the people who visit so that they preserve sensitive environmental habitats while keeping themselves safe, Steinarsson says.

"Nature is very sensitive in springtime. It is muddy and it is damaged,” he says. “We have unspoiled nature here, which is what our visitors want to experience, but we have to make sure that it's not damaged.”

And of course, the effect of climate change is "perhaps the biggest challenge for tourism," Steinarsson says. "We are an island. People come here by airplane,” he says. “What we need is to find some way to handle this because traveling and visiting other people … is the best way to keep a peaceful world."

When asked about the possibility of limiting the number of visiting tourists, Steinarsson sighs.

"This is one of the questions that will need to be answered one day,” he says. “Hopefully not."

He says it's "very sad" that people are coming to Iceland to experience natural phenomena before they disappear.

"And we have to turn it around,” he says. “It's strange to be a destination where people come to experience this.”