Lennon Lacy was found hanging from a swing in August 2014. Authorities concluded the 17-year-old had killed himself — but some members of his community in Bladenboro, North Carolina, suspect he was lynched.

PBS documentary “Always In Season” puts Lennon Lacy’s death in context. Premiering Monday night on PBS's "Independent Lens,” the film examines the legacy of lynching — and those who use historical reenactments keep these stories alive.

Lennon Lacy’s family and friends didn’t believe he would take his own life. His mother, Claudia Lacy, contests the police account, even though it was later investigated and accepted by the FBI.

“Think about it as if it was your son or your daughter. If you knew in your heart and in your mind that someone took your child's life … ” Claudia Lacy says in the documentary, “how far would you go to get to the truth?” 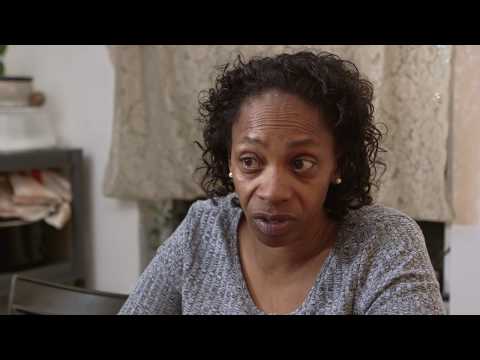 In addition to uncovering the circumstances around the young boy’s death, director and co-writer Jacqueline Olive says the film explores how black communities come to terms with the violent history of lynchings.

“How do you live with this? And how not just does Claudia live with this, but how do communities move forward?” Olive asks. “It's something that is equally as important as finding out absolutely what happened to Lennon.”

On the difficulty in approaching the subject of lynchings, and how historical reenactments memorialize victims

“It's tough. As a black mother, my son was Lennon's age when I learned about his death. My son was also 17. And so as a black mother, I'd been having conversations with him that were very general about protecting himself and about racism and racial violence. I could imagine that those were the same conversations that Claudia had with Lennon. And in fact, when we met, she talked about that, about how they had spoken about Trayvon Martin's death and cautioning Lennon about wearing hoodies. And so in all of those ways, I could relate to the pain that Claudia must be feeling. I could imagine it.

“And then there were the depths that I cannot imagine. I couldn't imagine what it must be like to suspect that your child might have been lynched. And so with those questions and also having spent four years filming in communities where people were looking at historical lynchings, looking at how they can memorialize the victims and what they can do for justice and repair. I went to Bladenboro and was really struck by the similarities between the communities where I've been filming and what was going on there, the nightmare that Claudia and other people were facing.”

On Claudia Lacy’s belief that lynchings are more than “history”

“Claudia has always from the very beginning wanted answers on whether or not Lennon committed suicide or whether or not he was lynched. She wanted to know. And she didn't want just a cursory investigation, but she wanted people to give her evidence. And she's never felt like the officials showed up for that case, for Lennon's death in an appropriate way. Given the history of lynching in this country, this film is really about the lessons that we miss when there's cover-up in their silence and denial around this history. And it's also about how this violence has evolved today. And so it's really, for me, very clearly played out in Bladenboro.”

On Olivia Taylor, the daughter of a Klansman who participates in lynching reenactments

“Olivia Taylor was, she was new to the reenactment and had come to consult about the costumes that they were using of the Klansmen. And because her father was one of the leaders of the Klan and Stone Mountain, Georgia. She understood what their authentic dress should look like. And as she worked with them, she decided for the first time in her life to act and to play one of the roles in the reenactment.”

“For a while, I was weighing whether or not to take a more investigative reporting approach, a more, ‘whodunit’ approach. And it was kind of a rabbit hole that I was measuring, like how far do I go down? But what I realized is that what's really important to convey, short of having an answer — which I never found exactly what happened to Lennon — although there's lots of information that came up out of the community.

“Claudia has always insisted that [the shoes are an] important evidence that should be considered. And that didn't feel like it was adequately addressed.”

On if local officials or the FBI ever sought out Sykes and Hudson, or  Michelle Brimhall, a 32-year-old white woman who was romanticly involved with Lennon Lacy

“I don't know if they did. I reached out to the chief of police, the medical examiner's office, the coroner, the district attorney and other officials. And none of them would talk. And we ultimately submitted a [Freedom of Information Act] request to the FBI and received a 10 page redacted summary that didn't really give us enough details to know who they talked to and what specifically they base their decision on."

“That's one of the parallels between the past and the present. Historically, less than 1% of the nearly 5,000 documented cases of lynchings ever went to trial for murder. And when investigators … when they don't appropriately investigate these cases, then the community — historically and currently — in Bladenboro are left with rumors, speculations and stories and all of that information, all of the speculation about Dewey Sykes and Carla Hudson.”