While Franklin's larger-than-life personality has always been present on stage, these days, he's taking to YouTube and Instagram to connect with people virtually.

Backed by a crew of string instrumentalists playing in his yard, Franklin orchestrated a musical celebration for Mother’s Day to the tune of Megan Thee Stallion’s “Savage.” He also has posted a video on Ahmaud Arbery, the unarmed black man whose murder by two white men in Georgia has caught the attention of the nation.

And, of course, Franklin performs lively at-home concerts filled with praise music. Viewers might even catch a collaboration or two with artists such as Kelly Price and Fantasia.

He says the lack of an in-person audience and performing online doesn’t feel emotionally different for him.

“I'm just sharing with you what moves my heart,” he says.

Franklin has been bringing upbeat, contemporary sounds to gospel music since he hit the scene in the ‘90s. Despite his decades-long career, he says he always finds room to evolve while sharing God’s message and music.

“There's always a new experience that has to be communicated,” he says. “My heart really is about making sure that the conversation of Jesus Christ is something that can be a relevant conversation regardless of where culture finds itself.”

Whether it be about politics, race, social injustice or the coronavirus pandemic, Franklin says he strives to “bring a light into whatever area of darkness that may exist” within people, so they can “hear the hope in the subtitles.” 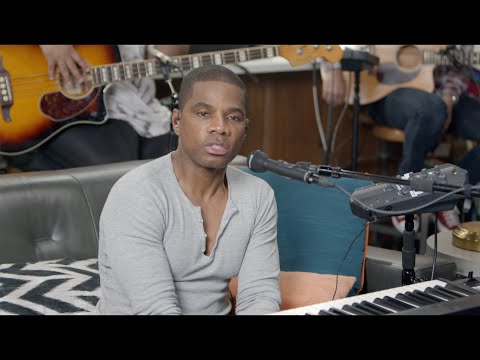 On what motivates him

“I think I'm just driven by life. I am a student of good and bad, and I've always been inquisitive. I never want to be the know-it-all in a room. I want to be in the room of those that are thinkers and people that are compassionate, people that have drive and ambition. I'm always driven by it. I've tried to apply that even in my Christian faith or even in my cultural experiences or my social anxieties as a black man, my fears as a father and my heart beats for my wife and my kids. And so those things drive me.”

On his music and the importance of family

“It's very interesting. I am just always trying to pay attention to how to communicate things that may not always be the hot topic issues and ways they can be entertaining and engaging. That's what I think has always been my passion, even if it comes to the type of music that I do. But with family, a lot of the stuff really is organic. Even the Mother’s Day thing, like I hadn't thought about weeks ago. They didn't know what they were going to be doing. I had them do their parts in their phone. I just had them do it on a voice text and send it to me and I went into the studio and kind of put it all together.” 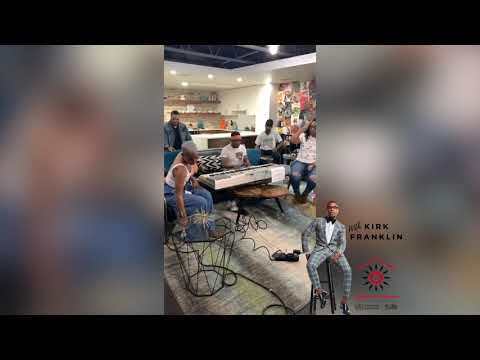 On receiving his first record contract offer at 7 years old

“Well, there was like a boys choir or like a band or something that wanted me to perform and they were gonna take me on the road. And my mom said no.”

“I had a play uncle that performed in clubs. And so he will let me come sometimes. And I will do songs with him like 'Bad, Bad Leroy Brown.' And, you know, all the type of little things that would kind of go on. So I would perform and do music with him.”

“The problem is that you can't legislate morality, that you can't pass policies that are going to turn the hearts of people. That prejudice has to do with deeper areas of wiring that we as humans have to address. And that's why I believe that when it comes to the hearts of men and women, that the only thing that can get past the core of our prejudices is love. And it can't be the love that we say to each other on Valentine's Day. It's got to be a supernatural love that is bigger than the cosmos. And so I'm just trying to do my part as a flawed human to try to bring context to it.”

On whether viewers can expect more online concerts from him

“It’s almost like, the first few weeks, everybody was excited about it, you know. But I'm quite sure that by the time you got to your 50th Zoom call, it was like, all right, all right, I'm ready to go outside to the river and down to the lake. But I think that our country or the world right now, we are at the most vulnerable moment that we've ever been because I think that people can hold hands and Kumbaya for a minute. And then after that, there's an echo of anger and rage. And I don't know if the Kumbaya right now calms that. And so I'm praying and hoping that whatever my voice needs to be that God will give me the wisdom on how to do that, to be able to speak to the second stage of this lockdown because we are stronger together.”

Ciku Theuri produced and edited this interview for broadcast with Peter O'Dowd. Serena McMahon adapted it for the web.