As Congress debates whether to issue a third round of direct checks to millions of Americans in need, some are asking what to do with the check if they don’t need the money.

Well, one man in Oregon has an answer.

A few weeks ago, Allen Schauffler noticed a bump in his bank account. The news anchor and storyteller for the Central Oregon Daily News says he “just didn’t feel right” when he saw the direct deposit from the federal government.

“I just don't need that money right now,” he says. “And you look around the community, you know, almost any community right now, and you see people who are in dire need, who need help now.”

So Schauffler sat down and wrote a pitch to the people of Central Oregon. If you are in a financial position to do so, please think about redirecting your check to someone who needs the money more, he wrote.

“I branded it as ‘Redirect The Check.’ And I just sent that to my news director and to my general manager and just said, ‘I'd like to do something with this. Can we do something with this?’ ” he says. “And they bought in immediately, and the response has just been fantastic. Just really, really gratifying.” 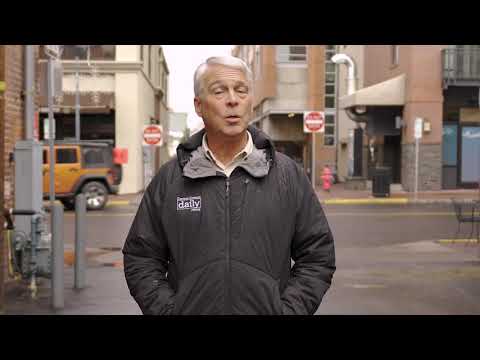 With a match from his workplace, “Redirect The Check” has raised more than $50,000. That money is going directly to nonprofits in Central Oregon, including a food bank that provides counseling and rent relief, and a veterans outreach organization.

Rachel Hawkinson with the local food bank NeighborImpact says this donation comes right on time. She expects to use the money to fund a much-needed expansion.

“Even before the pandemic when we were distributing half the food that we are now, we were already distributing and processing more food per square foot than any other food program in the state,” she says.

The “Redirect The Check” campaign ends in Central Oregon on Friday, but with Congress considering a third round of stimulus checks, Schauffler wants to see this spirit of giving spread throughout the country.

“If you've gotten 600 bucks that the government has just dropped in your pocket, you know, why not go support your local ceramic artists, go buy $600 worth of art that you've always wanted and could never afford,” he says. “Go to your local favorite bar and restaurant and give them 600 bucks cash and just say, ‘Start me a tab, and when we can dine indoors again, you know, I'll work it off.’ I bet they'll take your money now and serve you food later.”

Schauffler says it feels really good to give back to his community during this difficult moment.

“People just want an opportunity to give,” he says. “And if you make it easy for them, they'll do it.”

He says there are probably a lot of people around the country like him who fit the criteria to get relief from the government, but they just don’t need it.

“We fit in the definitions that the government set aside for people who get this money, but we just don't need the money,” he says. “There are other people who just need it much, much more.”

Cristina Kim produced and edited this interview for broadcast with Todd Mundt. Samantha Raphelson adapted it for the web.