When Jonathan Meiburg came across a striated caracara, he was astonished by the bird of prey’s curious nature and uncanny gaze.

Meiburg is an ornithologist, author and member of the band Shearwater. His new book, “A Most Remarkable Creature: The Hidden Life and Epic Journey of the World’s Smartest Birds of Prey,” documents his journey learning more about the caracaras.

“I had never seen anything like them,” he recalls. “They look something like a combination of a crow and a hawk. They just don't act the way you think of a bird of prey acting, or any wild animal for that matter. They come right up to you.” 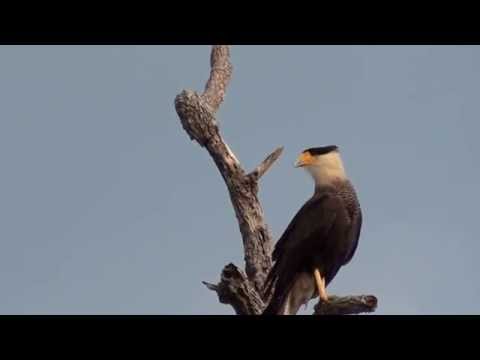 After college, Meiburg won a fellowship and went on to document community life across the Earth. He followed in the footsteps of Charles Darwin, who also studied striated caracaras nearly 200 years ago in the Falkland Islands.

Before he arrived in the Falklands, Meiburg imagined the islands as cold and barren. But the island instead brimmed with penguins, seabirds and albatrosses. The caracaras stuck out to Meiburg.

“They seem to have been minted from some different mold or something. Almost like they didn't belong, like they ended up there by mistake,” he says.

The playful birds are often compared to dogs and monkeys, with Darwin calling them “false eagles.”

There are 10 species of the caracara, another being the red-throated caracara. Known to eat mostly wasp nests, Meiburg came across them after meeting researcher Sean McCann and his online lecture. The opening blurb read, “Red-throated Caracaras are way cool because they are the wasp-murdering superheroes of the rainforest.”

When Meiburg proposed a journey to the Guianas to study the creatures, McCann agreed without hesitation. 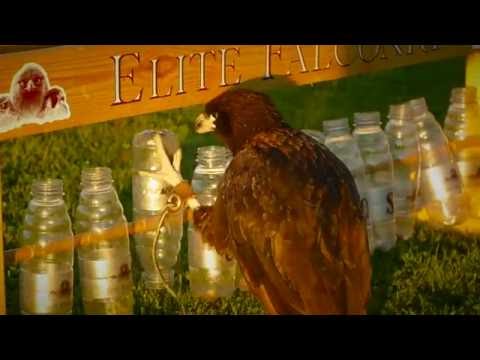 Striated caracaras are endangered, though not all 10 species are being threatened. The reason behind their endangerment has to do with the birds’ geography, coming from a place with rising sea levels.

Meiburg got the idea of a way to preserve the species while in Brooklyn. As he watched a marching band from the highlands of the Andes, he remembered the caracara.

Meiburg thought that if this group of people was able to preserve their culture from a place far away, the same could be done for the birds. Birds transplanted elsewhere could have a chance of survival.

“[Striated caracaras] represent something so strange and so beautiful that's managed to figure out environments and climate and everything over such a long period of time,” he says. “Since it's kind of our fault that they've become so restricted, it's on us to save them.”

Emiko Tamagawa produced and edited this interview for broadcast with Tinku Ray. Jeannette Jones adapted it for the web.

Book Excerpt: 'A Most Remarkable Creature'